Reflecting back on 2011 - a troll through my blog

What a year it's been.  Can you remember what we did this year?  No?  Well let me remind you what we were up to as a guild this year... 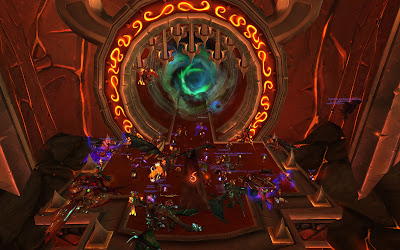 So that was what the guild was up to!  In terms of what happened to me and my blog this year, I  joined into the blog community through participating in Blog Azeroth events, and by also joining Twitter.  I had a few particularly proud blog moments this year:
So that's the year of 2011 in a wrap!  I look forward to another year of keyboard bashing from raiding and from blogging.  Thanks all for reading my blog this year!  I hope next year will be as fruitful :)
Email Post
Labels: Navi's thoughts year in review