Sunday Achievement Raid - Next 3 raid achieves in Battle of Dazar'alor

Yay for next few achievements!

The first one we tackled was Walk the Dinosaur. In this achievement, you have to keep at least one raptor from the first wave of Raptors alive for the whole fight. Annoying for those kiting, and it does easily so definitely STAY OFF THAT RAPTOR!

The next achievement was rather easy. During the Rastakhan fight where we split, there are two adds in the live zone and they need to be tanked away by a 3rd tank and not hit so they can be alive by the end of the fight.

And the last achievement we did was the Blockade achievement. You may have seen what looks like a fishing pool on the left side when you're facing the boats? Well, someone has to stay behind and click on it to get Lurker up, then keep it up for the whole fight. A couple of things - you can't walk too far from it, or your "rope" will break. Lurker throws a whole bunch of crap at you that you have to dodge. Now, when we all get back from our boats, the beauty is that you can CC the lurker with paralyze or fear. If you don't do that, Lurker does annoying things like a big breath spray which shoots everyone off the deck who is in the path. And that happened a few times... 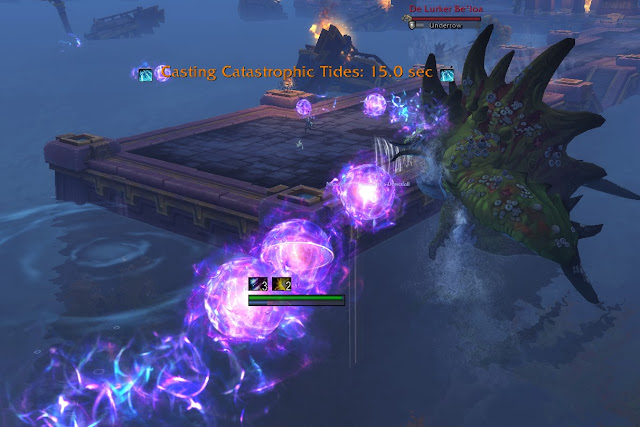