It was hard to get people together for this one. I was worried we wouldn't have enough people to do the G'Huun achievement, even if it was last tier.

But, I was being overly pessimistic.

The G'Huun achievement in Uldir is simple in concept - when you pick up the orb that you deposit into the hole, you have to not move when you've got the orb. Where we used to run with it, now you just have to slowly pass it from player to player and there is a small cooldown before you can throw it. Last tier we had to heal people when they were up there, but this time you don't really have to. Of course, we had backup because we sent healers up there to throw the ball just in case.

You also get a 2 minute debuff once you have handled the orb, so you can't pick it up again ,which is why we had 3 maybe 4 teams of 2 carrying it before. With 10 people that didn't sound like a good thing. However it takes so long to throw the ball around that by the time the 2nd team has got the ball in, the debuff has only 15 seconds left on the first team.

We had to clear all of Uldir on Sunday to get there, and we did a few achievements along the way which were easy (including Edgelords, because a certain someone stuffed that achievement up last time).

So we stuffed up the first time and didn't really have time to do it again, so we said we'd come back on Monday.

On Monday, we went again, except we kinda stuffed up doing the balls again in phase 2 and then someone said why don't we just ignore the balls on phase 2 and just burn the boss?

That worked a treat. SO much easier! 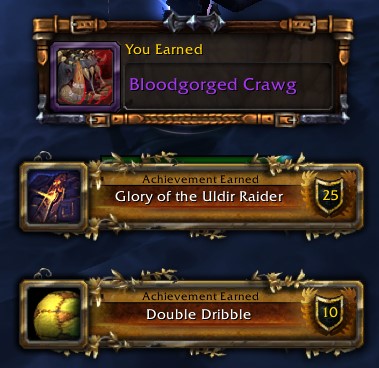 Interestingly, only 4 of us got the achievement. I was sure more people were there that had attended all raids! 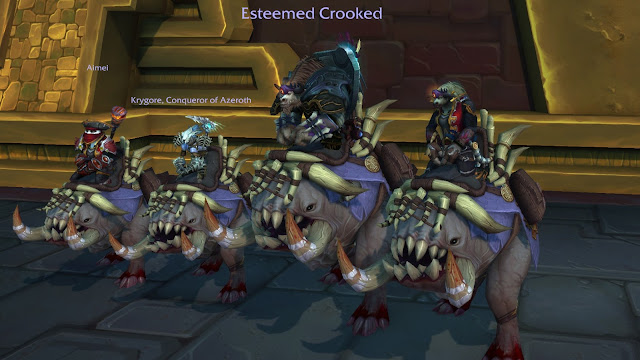