So we now pug up a Mythic Champions because it's been cross server for... oh a while now (since before I went overseas) and on my first one coming back I put us up in the finder and were looking for a mage.

A person whispers me linking their Mythic Blockade achievement, but s/he's clearly on a low level alt. I didn't reply and was looking through the other candidates but the person kept whispering me. I can't keep typing s/he, so I'll just call this person Bob. 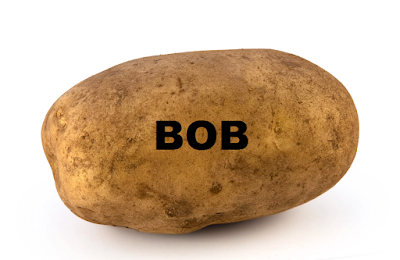 So Bob keeps saying "Why do you want a mage? I know the fights, I'll be really good." I was still browsing through the other candidates and yet more whispers asking to be included. Oh well, what the hell, I decided to say ok. Everyone in the raid was curious about this amazing Bob and whether he would be any good.

So we invite Bob, and we do our run, which wasn't perfect but it was ok, but Bob was hardly a star. We were even making jokes throughout the raid about various things. Someone mentioned that Bob hardly did amazing damage (Bob was very low) and Bob got grouchy thinking we were all a bunch of elitists, and I was like... wow.  Bob talked themself up saying that we were missing out without Bob there and when Bob did not perform, got all snappy at us.

That'll teach me to trust Bob!