Raiding - Ahead of the Curve Uu'nat

You know, having missed the beginning of the raid due to being overseas, I found it hard to drum up enthusiasm for the raid, especially when the loot seemed to be so lacklustre. However, it doesn't mean it's not exciting when things die and achievements pop up!

The first boss is annoying. I can't get my head around the interrupts so I feel like all I am doing is healing the ranged tank and dispelling stuff when bad things happen and run around soaking little swirlies. Nobody wants anything from that boss!

This boss, it took me a while to figure out. I was doing the void crystal thing all wrong. When I figured it out, I felt better, but I haven't figure out when to do it without Splatz telling me when I should be doing it.

However, Uu'nat has stuff that people want. We were pretty chuffed to get that down toinght and get our Ahead of the Curve too! Though, in reality, does it mean much since none of us really like this raid?? 12 of us got our achievement, woo! 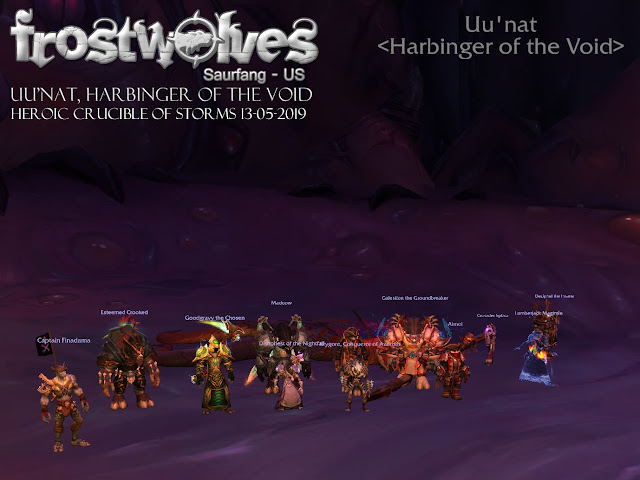 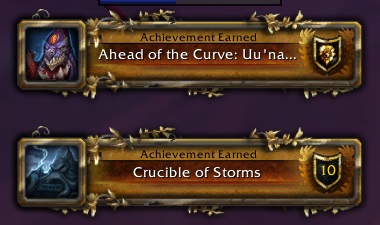 Grats us! What I am excited about is the lack of interest in normal raids on Sunday. You know what that means! Time for achievement runs on normal! Still have one more to get for last raid, and work on Battle for Dazar'alor achieves. Looking forward to Sunday!
Email Post
Labels: crucible of storms heroic crucible of storms Raiding