Fail Friday - Why can't I complete this quest?

So I was a bit lazy in doing the Campaign stuff, and after we killed Uu'nat, I thought hmm, maybe I should finish that quest line. But where is it?

Kill Naga, my guildies told me. 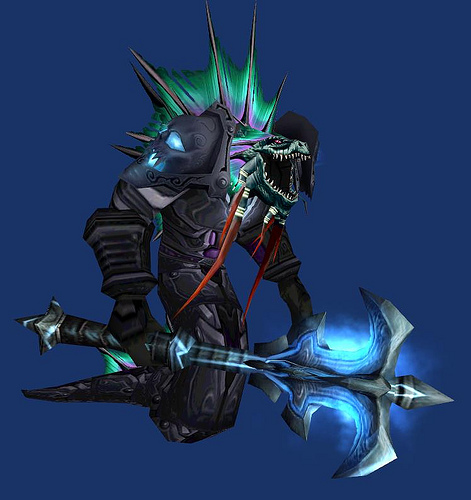 So off I went to do the Naga Attack world quest (the one that gives you the stupid pearl that I thought was an item but is actually a buff) and I got the quest thing to get it started and off I went to hand it in to the Tortollans.

I got distracted after that doing something else, but then later in the week I thought I'd come back to it. But I couldn't figure out where I was supposed to go. I entered the quest into Wowhead and it showed me a place in Zuldazar where there were Naga, but there was nothing to do there.

Then it dawned on me. Was I supposed to do something else after going to speak to the Tortollan guy?

I went back to where I got the quest. Oh. There's a knife on the table. That one that talks to you. The legendary one.

Oh oops, I was supposed to pick that up!

Now it all makes sense to me....
Email Post
Labels: fail friday