Look what Deci got for skipping a raid

I didn't really want to skip a raid, but there were lots of people not on. Splatz and Tye were at their brother's graduation, Krygore was going to be really late to raid and tired, and Gravy had soccer. Plus, Galestion is still on holidays, Moo went overseas to be with a family member and Deez is still MIA coz of work.

Anyway, thinking about it, I decided to call raid because it would have been nice to get Tye's mage some gear (since he was switching to a caster class that we needed) on normal. We could always raid Sunday. Ram could also tank, but he has been afk a bit during raid coz of work calls or other things, and also it was nice to have him healing rather than tanking. Since Kry was not around to offtank, it seemed reasonable. Ram was a bit upset because he was going away on Sunday so he wouldn't be able to raid later in the week, so I thought we should do heroic tonight so at least Ram could get a kill on Donkey Kong, coz he missed out last time.

So I went and did some M+ and a big thanks to Pancake for sharing his big key with us. Spoon helped him get that key last week, so I had to ask his permission to use the key and I thanked him for it as well. Typical Spoon.

However, the most exciting thing was for Deci, who after 10 years on 10 toons (apparently!) he finally got his Invincible. 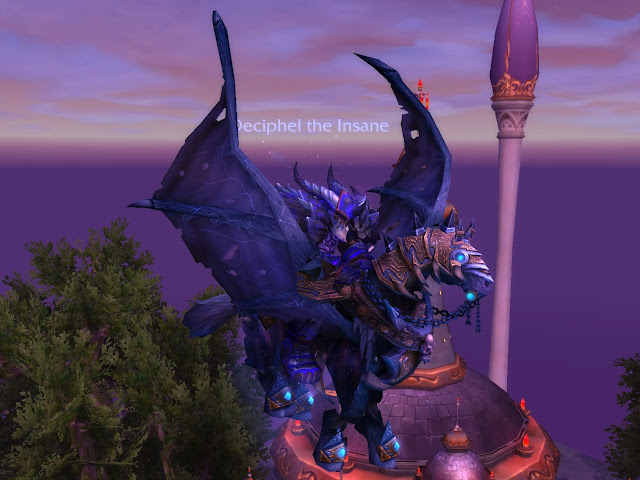 I was pleased for him! How cool is that!