Crooked hangs out in the Secrets Discord, and he often messages me when something is up that I need, except most of the time I'm at work, or I was not playing the game.

However, last night he told me that someone was killing Poundfist and making a group for it. I asked where was it, and he said a group was forming for it, and they were alliance, and they'd probably be pretty mad if I just flew along and one shot it when a group was forming.

So, I got onto my only toon that was high enough to do it, my level 101 monk that was made to be killed for the killing Panda achievement in WoD.

So, this guy was careful and formed a group and made us go naked, except me because my health was so low. So then we all hit the boss then backed away and when everyone had tagged it, we could kill it.

Yay, I got my mount! 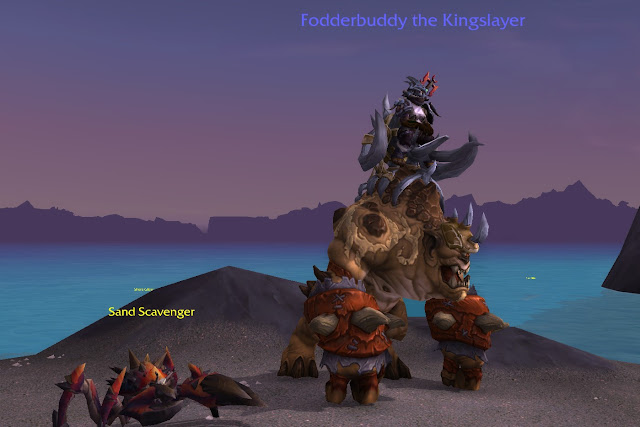 I didn't realise they wanted a group picture, but there was one posted in their Discord which Crooked sent to me. You can see me hearthing away in the background, using the Headless Horseman's hearthstone (see the fire!!) 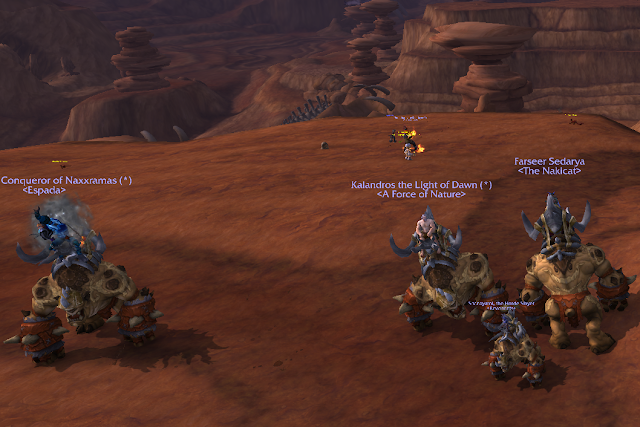 Thanks Crooked and the group in the pic from Secret Discord!
Email Post
Labels: mounts