Achievement time already! People are already bored of the game, so we've had lots less activity in the guild but by no means are we inactive! We had enough people turn up on Sunday to do achievements, which was cool, and fortuitous as I'll talk about later!

The first achievement in Uldir was Elevator Music, where there are 4 Orbs of Harmony on the edges as the elevator goes down in the Taloc fight. I found it hard to take a picture, but here is one from Wowhead. 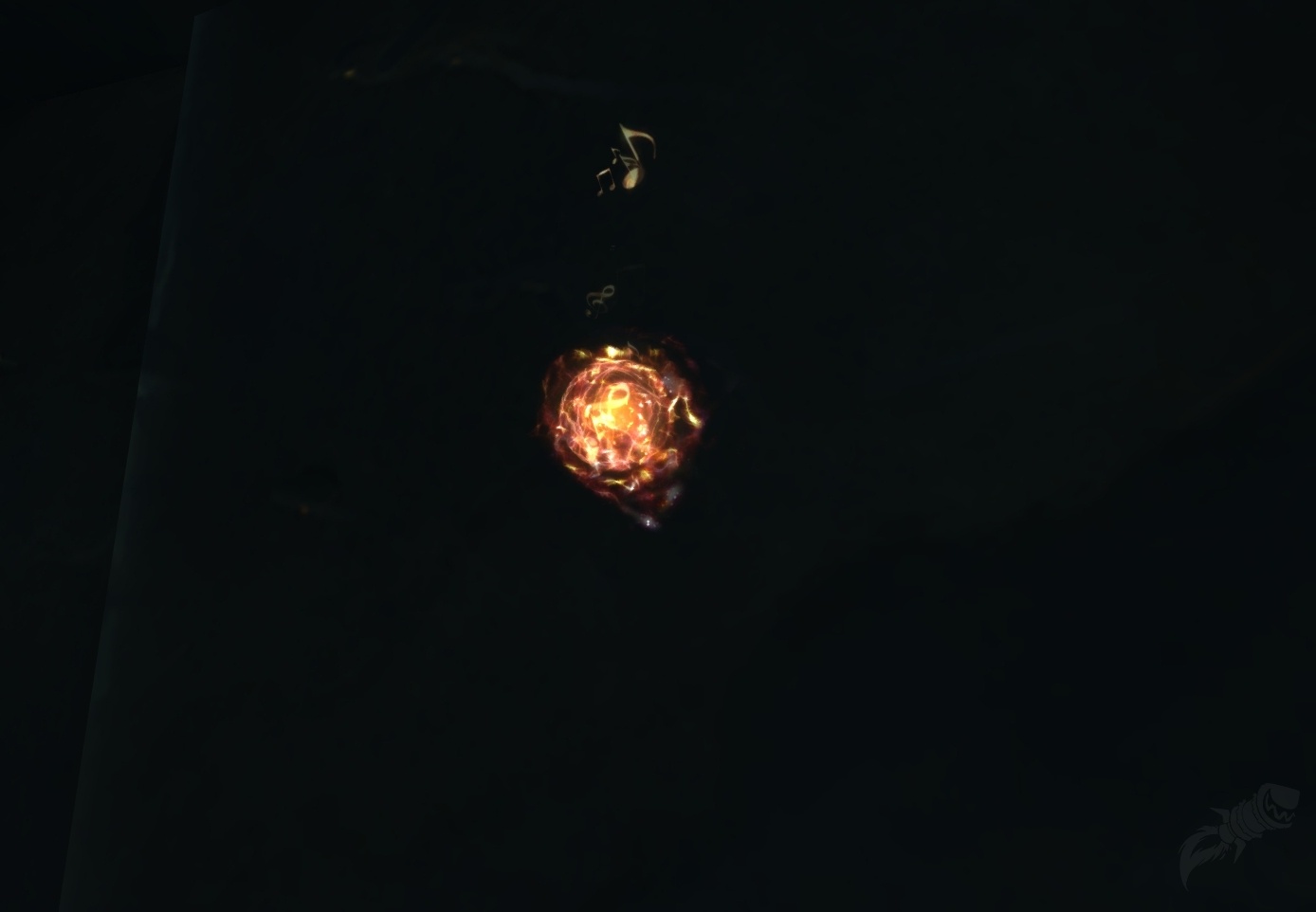 So apparently this is easy with Demon Hunters. Krygore was playing his Demon Hunter and so was Galestion. Amusingly, Kry was tired and had gotten on his DH so he didn't have to do anything, but now suddenly he was given a task, that we were all counting on him for! LUCKILY, we had Galestion who was good at gliding around and grabbing these orbs around the edges. It only took us a couple of goes before we got our orbs and killed Taloc.

Tips: Galestion said he easily managed to get the orbs as a DH, but people can also jump to get the orbs from the platform as it descends (though you may die as you jump over there as it's over the edge). Apparently the orbs don't respawn if you don't collect them all before you hit the bottom and wipe, so we had to wipe and reset the instance.

The next achievement is Parental Controls where there is a button on either side of the room on each of the 3 rooms in MOTHER. You have to click them in a special order, and you know that you've got the right one because when you click the button, it either blinks (wrong) or goes black (correct). You get as many goes as you want, so you can have some time to figure out which room it's in. Remember that passing into different rooms not only does damage to everyone but makes adds spawn, and those adds need to be interrupted or you'll have a wipe. So, the easiest thing to do is, click the one in the first room, if that's not it, it will blink. When people start moving into the second room, someone there click it, and if that's not it, then you know it's in the third room. Luckily for us it was an easy 3, 2, 1 and we got our achievement.

The last achievement we were doing on Sunday was Thrash Mouth - All Stars. For this achievement, Fetid Devourer needs to do a Terrible Thrash on every member of the raid. Terrible Thrash is the thing that the offtank takes with the  main tank - it will hit the next closest person to the tank. It does a LOT of damage, and this is the fight that it was good that we didn't have a huge raid.

We had a LOT of difficulty with this - lots of people had low health and were one shot by the Terrible Thrash! So then we had to practice a bit, seeing if some of the squishies could live. Zandru had to use pain supp and bubble to live, but it took a few wipes before we got it right! Coffee was initially using Aspect of the Turtle but that actually deflects the Thrash, so she switched to a tanking pet. I died a few times because I forgot to barkskin in my excitement. Galestion's DH was pretty squishy but he used some abilities and somehow managed to survive. Delanoben was just squishy so I gave him my ironbark and he was ok. And getting everyone through, then we still had to kill it in the end, as it's a DPS race fight. We must have spent almost an hour doing it, but when we finally got it down, it was SOOO satisfying. Needless to say, we were pooped after all that! I don't know if I had any more energy left to be able to do any more bosses!

The group comp wasn't really a good comp to be able to progress far, so we only did a few more easy bosses before 11pm hit, but everyone was happy with the progress - maybe except poor Crooked who had a roast to cook and couldn't get it done during raid! It wasn't even done by midnight... well at least he had food for Monday night!