I came across this tree house in Drustvar last week and when I looted a chest I got some candy and this temporary title. 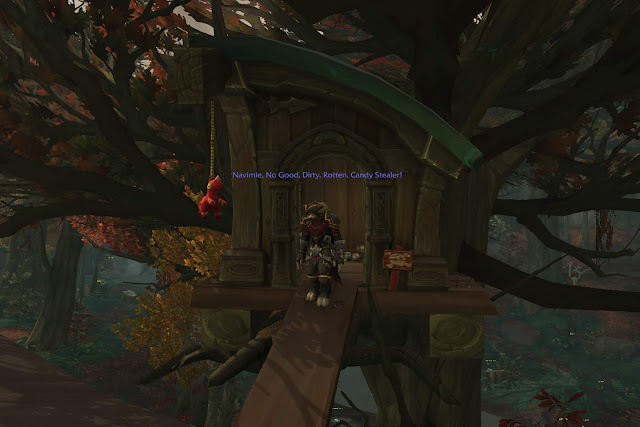 When I went to look it up later, it's actually part 1 of unlocking a pet vendor!

So, I dragged HK and Crooked back to it on Tuesday night to go unlock this vendor. Firstly, we had to stop at Anyport and talk to Xun Xun Sweetflower so we can get some Tirasreli Gourmet Chocolate. The stickler is that you have to buy 10 of them and they're 50g a pop! 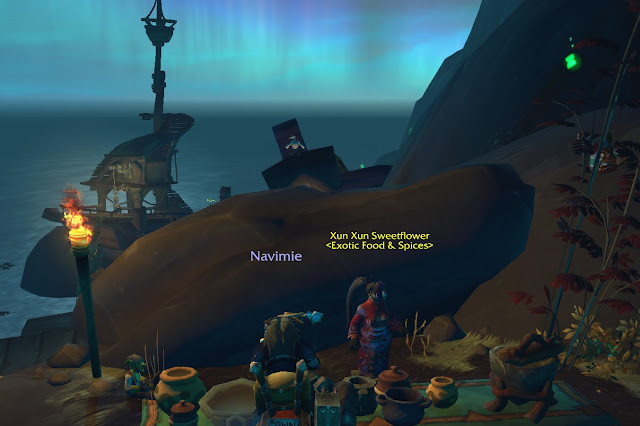 Crooked was the same. "I don't want to do this Navi, I'm not going to unlock a vendor whose pets I can't buy yet, since I don't have enough pet tokens."

But they came anyway. We had to click the chest twice - well they did, because you need to have the chocolates on you when you click the chest. I didn't get the title again, but both of them did. 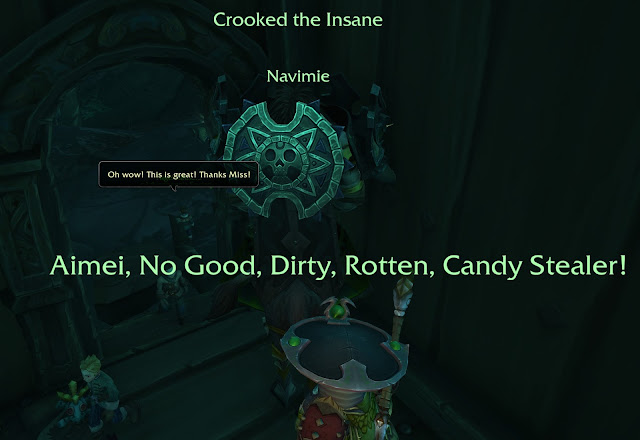 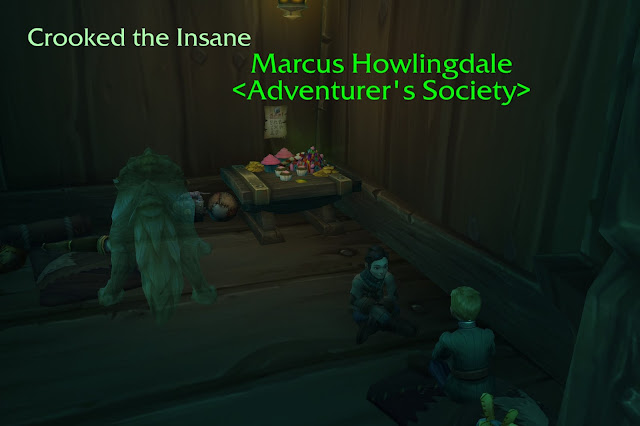 The two kids sitting here are Jonathon "Johnny" Presterby and Marcus Howlingdale. They are actually part of an alliance only quest chain Mistakes Were Made, where you had to find the members of the society as they were trapped by Troggs. 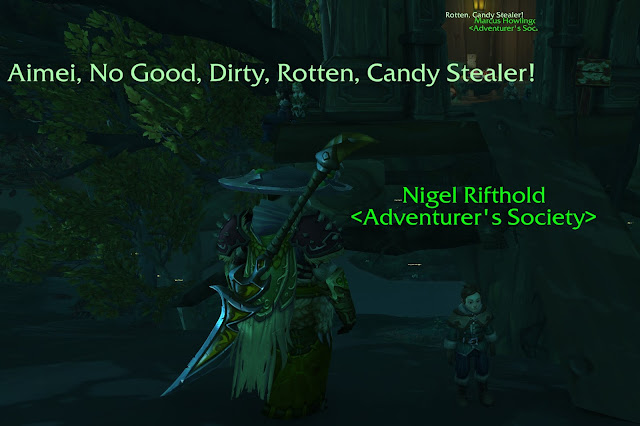 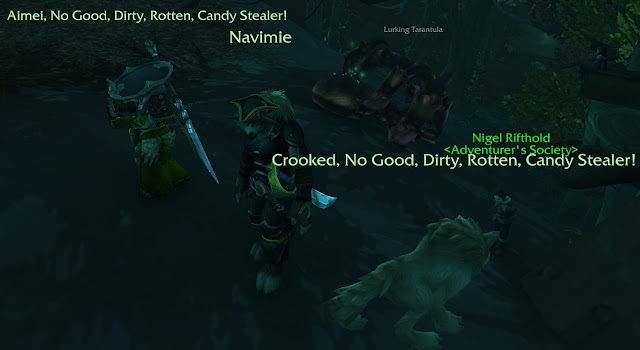 Nige Riftholdl sells the pets, which have to be unlocked by a series of quests or killing rares. When HK and I spoke to Nigel he had 2 pets - Crimson Frog and Wad of Spider Web. Crooked could buy an extra one - Frenzied Cottontail. We found out that was because he had killed the Cottontail Matriarch (rare) so we went off to kill it and unlocked that pet. There was also a Drustvar piglet we could unlock by going to Carvers Harbo(u)r and doing some quests; Smoochum's Bloody Heart is unlocked by doing Abby Lewis' quest chain (she is one of the other kids in the Adventurer's Society).

Anyway, I'll be back later to buy pets! I wonder if I'll be able to get enough pet charms on just one character to do that....