Tree burning reactions and Heroic Antorus for s***s and giggles

Today was the BIG BONFIRE DAY so everyone was talking about it and getting ready to rib for Genowen about it. Ram told us that we actually should be easy on her a little as the whole tree burning on the alliance side really upset her, to tears in fact.

So I felt bad and told people not to tease her so much about the whole thing. I did it quickly myself before raid and it was a bit shocking. 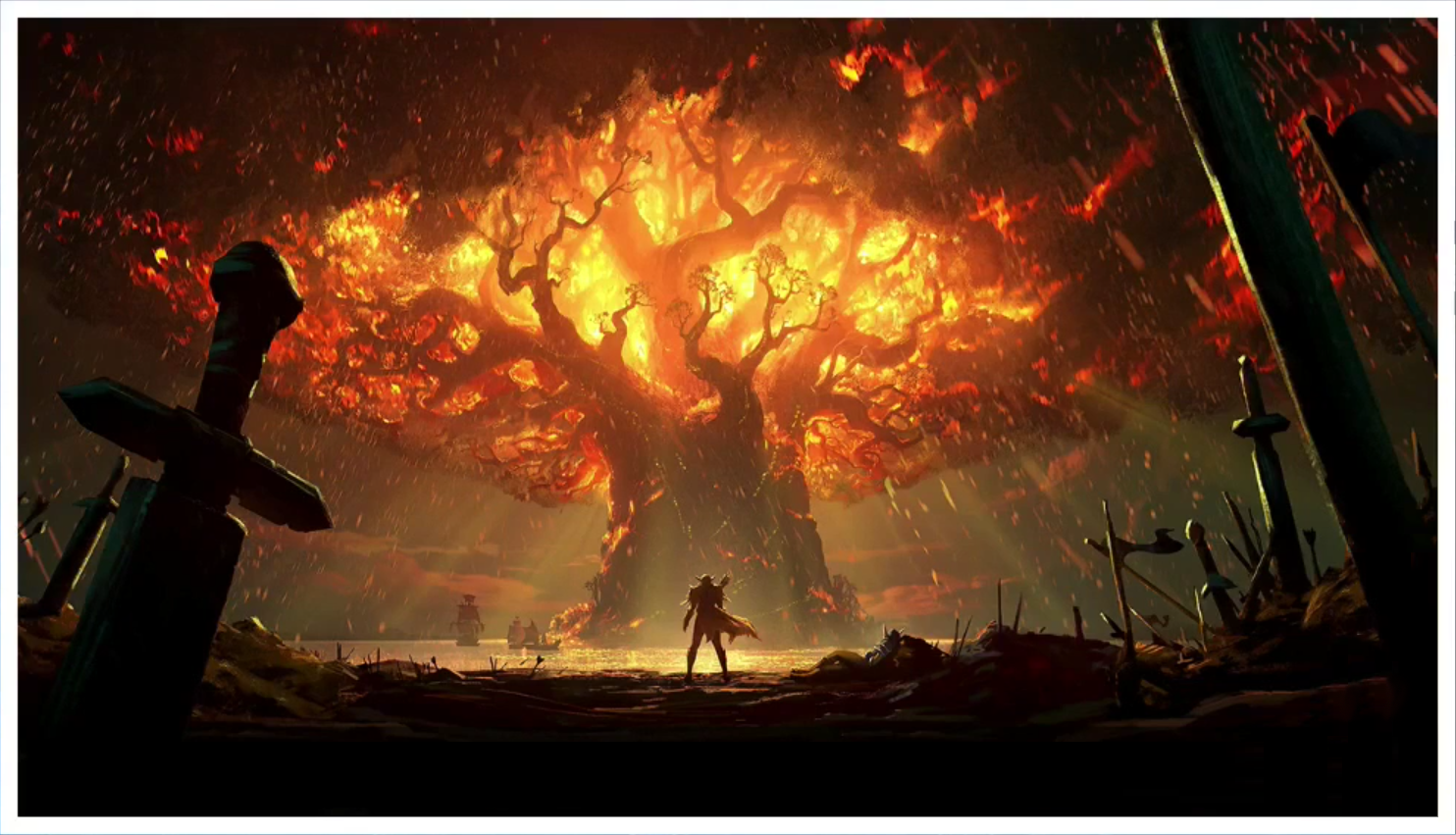 ** Spoilers now, but I think everyone has seen the video or played the questline! **

When I was playing I was a bit surprised to see Saurfang hit Malfurion from behind, but my initial dismay at his lack of honour was made up when he refused to make the killing blow as ordered by Sylvanas. I was shocked to think that Malfurion could be DEAD. But, he was just at 1% health, and Tyrande came and took him away, hearthing to Stormwind if you moused over her as she was doing her teleport (on Saurfang's suggestion that she avoid Darnassus). Saurfang even went away to think over the whole thing... perhaps he will be a new figure to look up to later in the expansion, a hero of honour that will make us Horde feel justified again. At the moment I just feel like I'm a bastard, being a part of all this.

It felt needlessly malicious to burn the World tree in Darnassus. Was it meant to make me dislike my own faction leader? Crooked said to me that Blizz described this as morally grey on Sylvanas' part, but the destruction of innocents because this is war? If Sylvanas was going to raise an army of undead from the night elf corpses to repopulate the Forsaken population, then perhaps this could be classed as "survival", but otherwise I feel dirty. And Malfurion TRAINED me, he is my archdruid! I am glad I had no part in hitting him, but just stood around as an innocent bystander whilst they nearly killed him.

After that revelation, I went to raid in Antorus. We were wondering if we could do some mythic for fun, but the turnout was a bit too casual for mythic, so we just did heroic. Even so, I got to play with some changes and gauge myself against the others. We were going for a full clear so we just went to every boss and did  some half hearted instructions as we blitzed through stuff. We still did wipe when we were stuffing around though!

So I was trying to use Velens and perhaps I should have used the shoulders (Amanthul's) with it. It's just that I am reluctant to use Velen's except when I'm doing tranquility but by then a few healers have used their cooldowns so the Velens is wasted. Also, I did the dumb tranq-step-shit-I-only-got-one-tick-off thing again, but I spent the rest of the raid trying to improve that.

So once I switched back to Antorus 4 piece and chest and neck and healed as I normally did (though without HT I felt I was doing more regrowths which was costing me mana even though I was laying out the rejuvs), and I did better. Actually, after Frostie left (she was healing on her holy priest for an hour) I did a LOT better, without someone else getting all their heals in!

So, this was interesting, Splatz's paladin got a legendary that he already had. He had bought it, and I didn't know you could get 2 of the same legendary. Maybe because it's a bought one that they haven't recorded it as "received". Weird!

So, I'll wait till I get home to post some more pics. Gonna polish off the rest of the raid tonight, and I'll see how we stand!