Last week we cleared in one night, so that meant this week alts are allowed in raid. I wrote that we should only have alts for first 6 bosses, but we ended up having them for first 8 and some for Coven as well (half of them anyway) but mains were all back for Aggramar and Argus.

We only got Aggramar done, and we did Argus on Thursday.

It was also our first week carrying one person for the mount. We took Delanoben this week, and it was fine. I did have a slip of the tongue when he died on Argus and I said something along the lines of "Oh that's good" where everyone was yowling in horror at my dreadful insult to Delanoben. I did apologise but he was ok - he was lagging super badly anyway!

Lots of legendaries went out, which was good for everyone's alts. But still no legendary from Argus for anyone!

We did try to be as efficient as possible, heading to the next boss straight away whilst I looted stuff, but we still screwed up a bit on Aggramar and Coven.

HK wasn't feeling well so he logged off but Ultra logged to Tammy to tank and Ram tanked for the last few bosses. I had a cc target on Aggramar but Ram did it (automatically) and forgot he had to tank the big add and that didn't turn out so well. No wonder HK doesn't cc when he's tanking - too busy!

Overall, I think it went well, and we got through what we wanted to. One person carried a week seems nice and easy. Even Neuro came! It was surprising how many people forgot who Neuro was (and not to mention he was looting all the Vanq stuff, but Vanq tier peeps are not hissy like the Prot and Conq tier peeps). It was difficult explaining to him that we don't take non guildies to raid - guildies just don't get that! I keep saying it has to be in guild, because once I let someone in on their alt on another server then I'll be flooded with people from other servers coming and it has to be fair to everyone! 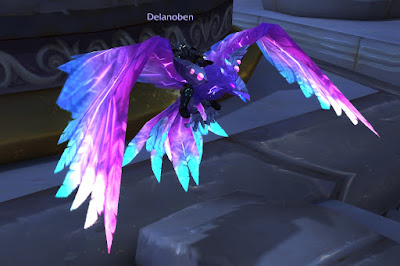