Ram is away in Brisbane spending time with family so we had to crack on with raid with Ultra telling us what to do. Fortunately, Ultra was in a good mood and we were trying to fix our Coven strats.

I'm not sure if telling people to be careful and live instead of trying to do damage helped at all, but we managed to get Coven down.  On the kill attempt Splatz D/C'd and I didn't notice, but HK did say "Uhh, you OK Splatz?" and somehow his D'C'd toon kept agro on one of the bosses whilst we killed it. And, come photo time, I STILL didn't notice that he wasn't there for the picture. When he logged back in he apologised if he'd caused a wipe but we'd actually killed the boss and poor Splatz didn't get any credit or any loot! 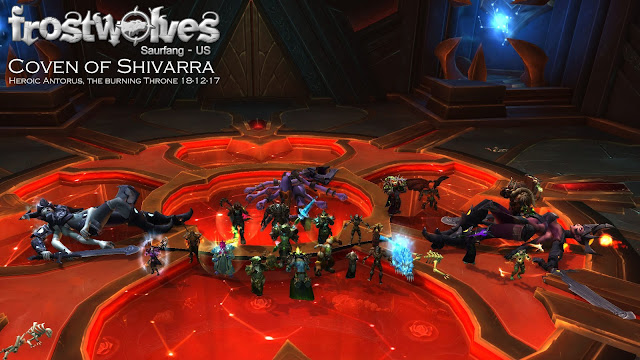 Then we had a look at Aggramar. To be honest, it felt a lot like normal Aggramar, just hit a little harder. Maybe it was because of cc'ing the fiery adds, which made the fight so easy. It took us a few goes, and then we got it. It was actually easier than Coven. One of the times lots of monks was useful. 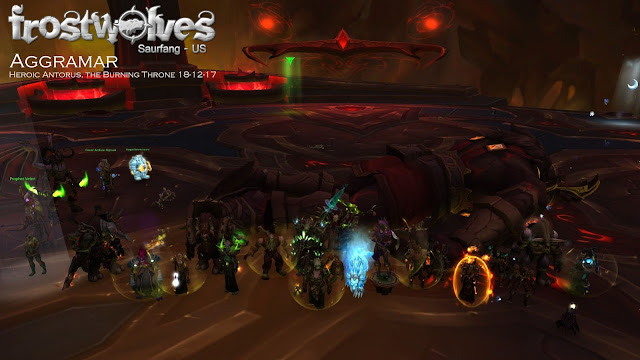