PvP - Exalted with Talon's Vengeance (you wouldn't even know!)

Now, it's a shame that this isn't an achievement, because it is a lot of work. Especially if you're not a very good killer, like myself.

Crooked started getting into it as well, and I was on the home stretch when he hit honoured. He always has amazing runs in BGs getting the marks, I usually get one or two, and as a healer, try to snipe a few with moonfire spam.

But here I am with my mount, Ivory Hawkstrider (which costs 10000g to buy) once I hit exalted. There is no more need to get Marks of Prey after this, so I guess I'll do battlegrounds and go back to getting my bloody coins achievements done instead. 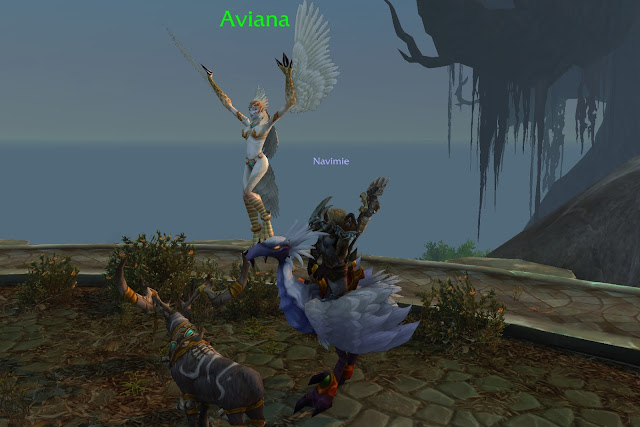 Best tips for farming up to Honoured:


Good luck for those of you trying for this mount!
Email Post
Labels: mounts PVP