I Zee you standing there!

I had a message the other day from Zeera, saying "Look where I am!"

I looked - and she was alliance on Saurfang! I was quite excited, thinking I would see her around in the world a bit more. I assumed (correctly) that she had come to join Cinder and Neuro in their guild on Saurfang, Pit Crew. I hoped she would be happy being reunited with her friends again.

Not long after, I ran across her in game in Shal'Aran. I waved to her excitedly and we took a pic. 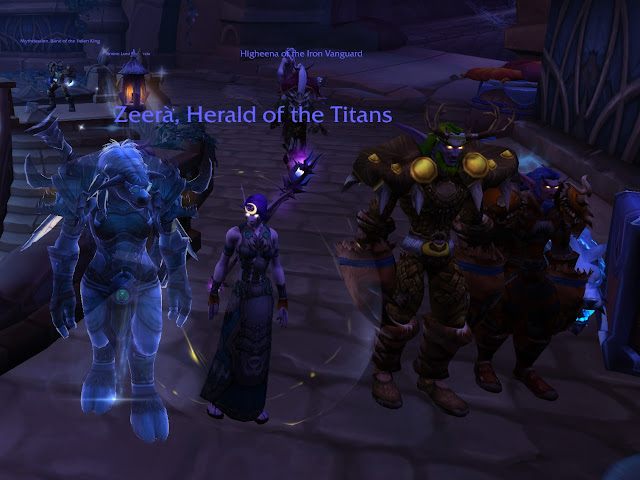 LOL, little did I know, she tweeted the pic! 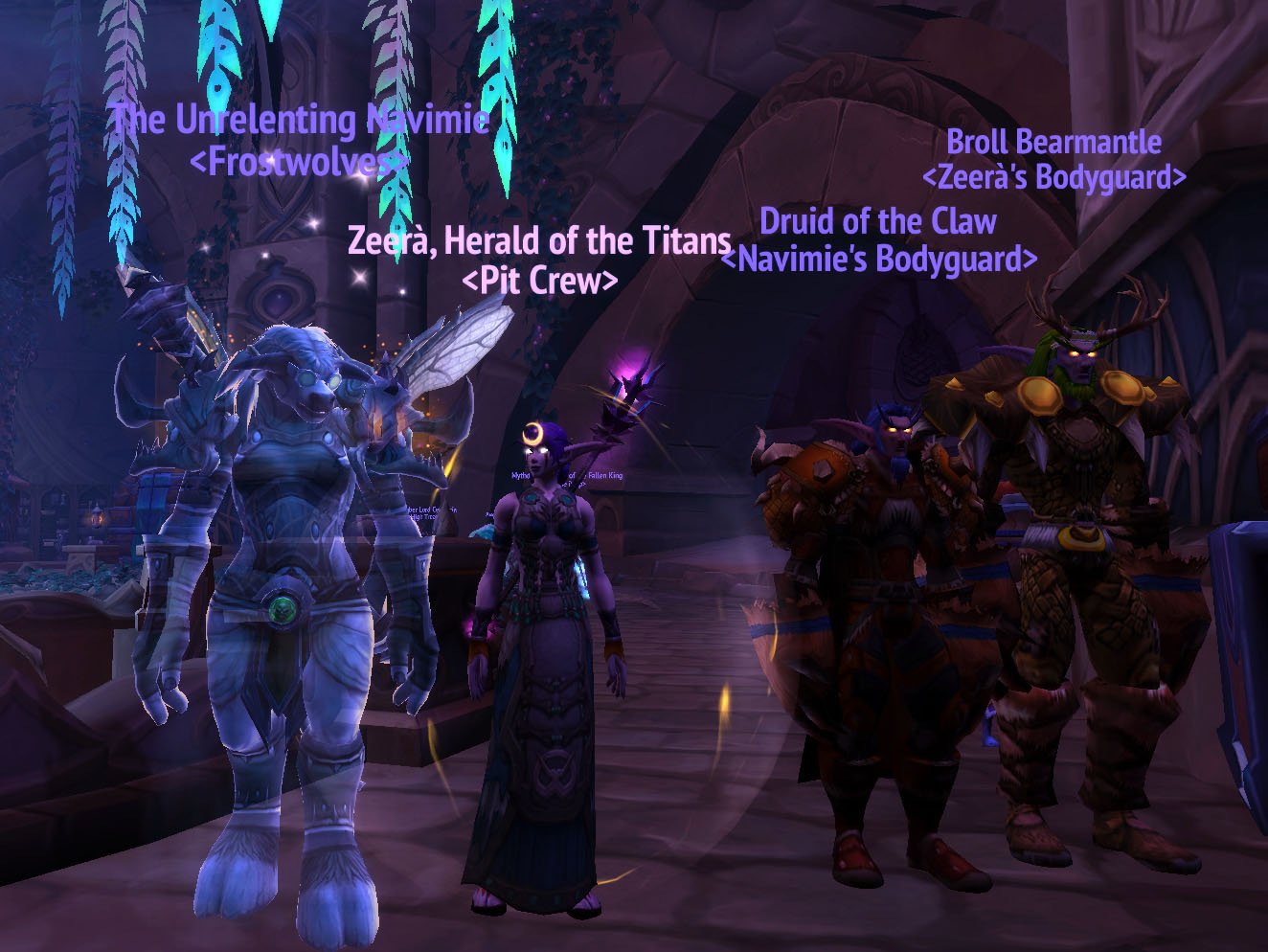 I had to laugh at the differences in our bodyguards depending on whose point of view!