Achievement - The Wish remover (and my research on it)

It is sheer craziness and only for WoW fishing enthusiasts (as well as achievement hunters) to do this Dalaran wishing fountain fishing again. I had been fishing it intermittently with various lures, but having some time on my hands this afternoon (anaesthetising for a bowel resection which takes a fair bit of time) I sat down and decided I will do some research with this fishing.

In the new version, The Wish remover, there are 56 coins to fish up.

To start with, I was only missing 5 coins. So that was a bit of a headstart. Looking at Marcia Chase's lures, I thought I would use Starfish on a String as the only lure that I would use.

There are 2 other guildies with this achievement - one was Coffee, who told me she used no lures (though she also told me she threw the gold coins back into the fountain but I couldn't seem to do that - I know you could do that in old Dalaran), and the other was Duggra, who got the achievement a week or two ago and after that I was inspired to give it a good go. 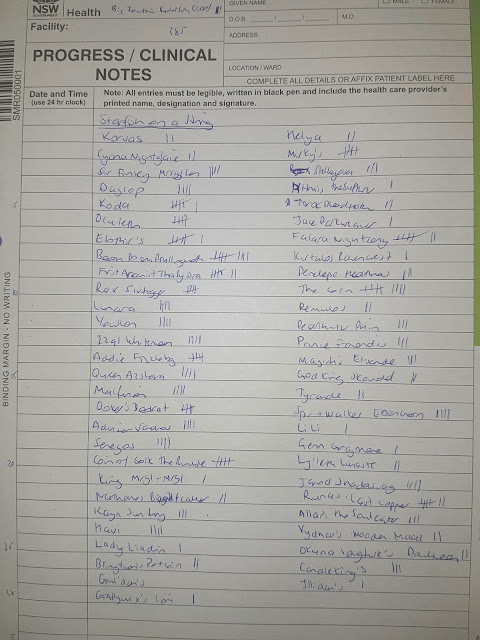 So, looking at this list, using just the one lure, I did 385 casts and managed to fish up 55 of the 56 coins. The only coin I didn't manage to fish up was Hemet Nesingwary's Bullet (which I had fished up before). Obviously, I could keep fishing for a lot longer and see how long it would take me to get Hemet's bullet, but once I got my last coin (which was Gallywix's Coin on a String), I finished off the lure and then said I'd had enough. I noted that many people did much more fishing (and if I knew how much I had already done, that would help me better with this research).

The most common coin I had was Boomboom Brullingsworth's coin, but overall, I know I fished up Koda's Sigil a lot because... well, because it reminded me of Koda! I think she's pretty chuffed there is an NPC with her name.

So, if you want to attempt this achievement, I can say that you probably don't need all the lures to try to fish up all the coins. There was an increase in the frequency of coin catching (I don't think I fished up any double coins without a lure) with a lure, so use it so you don't have to fish so much, but I can't see that any particular lure is better than another. Good luck with your fishing! 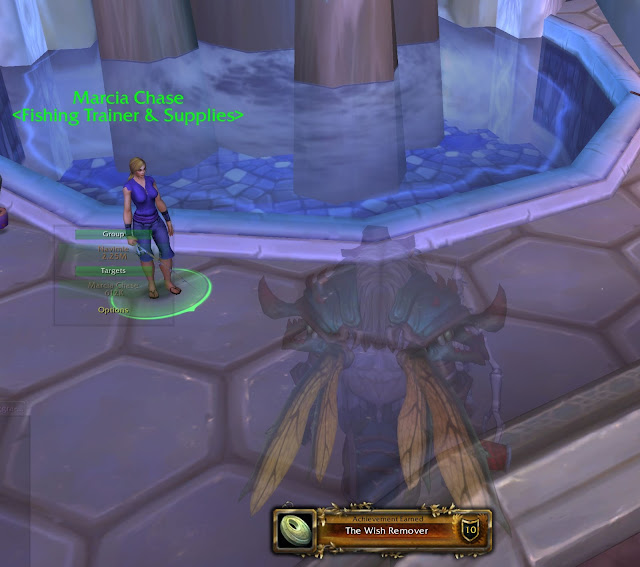