I had originally written ToV achievements but when I realised that there were no ToV achievements for Glory of the Legion Raider I quickly dropped that idea and decided to just do Emerald Nightmare instead.

Some of the achievements we had done before, but we did all of them for completionism. 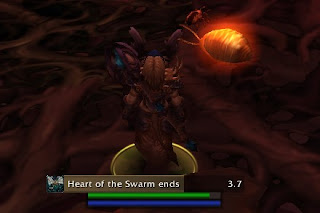 The first one is Buggy Fight. When Nythendra goes into her phase 2 (lying down) some bugs glowing red spawn around the edges of the room. 5 spawn per phase, so we have to squish 15 bugs total so we need 3 phase twos to get it down. The achievement doesn't track, so we had to manually count it and with everyone typing "1" in raid when they squished a bug, we got that achievement easily. 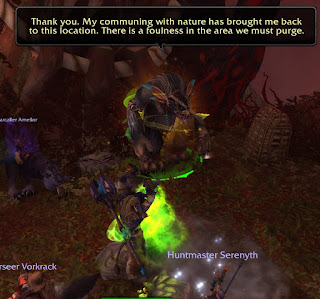 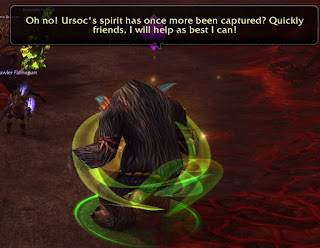 The second one was Scare Bear, which we had done before and was quite easy. Tur Ragepaw is a friendly Furlborg to the right just before you enter the fight with Ursoc. Talk to him and he'll come with you and just keep him alive when you fight Ursoc and then you're done!

The third one was Imagined Dragons World Tour, where everyone had to go into the four portals, run into the little green clouds to get a buff and then kill the boss. Everyone had to have the four buffs (Dream Essence: Ashenvale, Dream Essence: Duskwood, Dream Essence: Feralas, Dream Essence: The Hinterlands) before we could kill the boss. Wowhead comments told us to split into two groups and then run into each portal, but we had problems with healers and tanks sleeping, so I think it would be better to do 2 portals at a time then come out, and tank/heal/dps swap and let them get their debuffs to drop off and then swap again to do the other 2 portals.

Webbing Crashers (LOL I'm sure that's a pun on Wedding Crashers) was one of the more challenging ones! There are 7 glowing eggs around Renferal's platforms - three are on the platforms, and 4 are below the platforms - which means you can only reach four of them by taking a feather or by slow falling down to them. I don't know if you have to only pop them once you engage the boss but to be on the safe side we only started popping eggs once the boss was pulled. If you wipe, the eggs can't be seen again till you pull the boss, so make sure you mark all your eggs first! It took us a few goes and on our successful attempt Lushen saved the day by getting the last egg and it was down to 3 people to kill the boss.

Took the Red Eye Down was just a patient waiting game as we collected up all our blobs at the eye so we could aoe them down quickly. Make sure there is no cleaving or the adds will start dying! The worst part of this acheivement is the massive amount of silencing crap on the ground around the eye by that stage. I suppose it would have been better if we just kited our eyes around and then brought them in when we were ready to kill them all.

Use the Force(s) is a funny one - we're so used to cleansing the Wisps that all we had to do was cleanse something else and then ignore it. We've gotten the achievement before by not standing anywhere in particular and managed to cleanse something else, but this time when we tried that somehow the wisps were cleansed. So we decided to stand right at the back of the room and cleanse the dragons (stand on the egg) and that worked a treat. Easy!

I attack the Darkness is a pain - you have to have a Demon Hunter in the raid using Spectral sight to find the add in each phase. Fortunately Ram had his tank DH and we used that to bring the add out. Kill the add before you go into the next phase (but don't ignore all the other adds you're supposed to be killing) and then you're done! 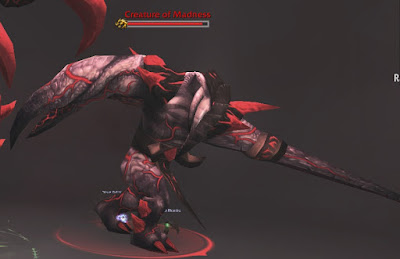 A good night, with a full achievement sweep. We only have one left to go now - Gul'dan's I've Got my Eyes on You - but I might leave that till we do ToS and it's on farm and we're on quiet times again.
Email Post