Raiding - Got that pesky Grand Opening!

The goal on Sunday was to do Chromatic Anomaly on heroic so we could get the Grand Opening achievement. The idea is to stand on a blue circle when your bomb explodes and it will light it up. There are 12 circles that need to be lit. In normal, only one bomb goes out every few minutes, so you won't get 12 bombs to be able to light them all up before he enrages. Even on heroic you don't want to miss any bombs because it is quite close to the enrage timer.

Fox was healing on his priest and Yeti was resistant to being asked to heal so fortunately for me Gravy, Crooked and Mctacky stepped up to heal. The fight is long and we need to heal a lot because of bombs in the raid so I wanted to make sure everyone was living because bombs going off in close proximity in the raid is a lot of damage!

We had quite a few wipes as we had a lot of damage going out and we did miss a few bombs too. It is hard to remember to take your bomb to a light spot when you're so used to running away from the raid. 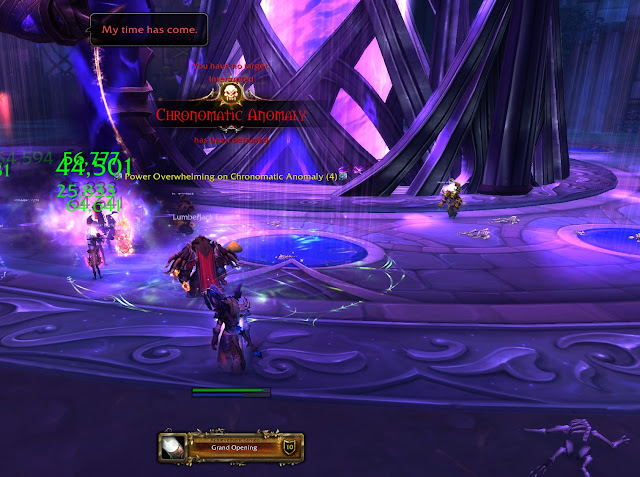 Eventually we got it, and we could finish off farming as much normal as we could. Phew! I am definitely not coming back for that achievement any time soon!

I would recommend a large raid size (at least 15) and plenty of heals. Don't need DPS because it's such a loooonng fight we had to hold back! Though get it whittled down because you want to kill him as soon as you get the last lights lit because he'll enrage shortly after.

The other achievement we got was finishing off A Change of Scenery - where we had to fight Spellblade Aluriel on the Shattered Walkway. Should we kill Krosus first? Or should we just try not to aggro him? We decided on the latter. I even put up the rainbow wall so people would know where was too far... 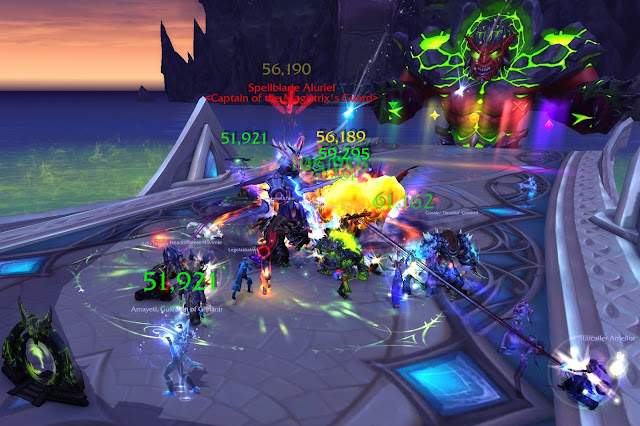 Fortunately nobody accidentally aggroed him!

One achievement left to go for Nighthold! But I might just wait on that one till after we're into Tomb of Sargeras. Trying to get people to be patient is a little bit hard and that's a hell of a lot of healing!
Email Post
Labels: Achievements Nighthold Raiding