MicroHoliday - Up, up and Away in my Beautiful Balloon....

The Spring Balloon Festival was from May 10-13 and it bugs me when I am reading the forums and people are complaining about these little events being a "waste of time". Well, DON'T DO THEM, nobody forced you to! There aren't even any achievements associated with them so you just do them for the fun cutesy factor, geez!

The bummy part of this balloon thing is that you have to somehow find 2 other people to ride with. Fortunately for me Crooked and Splatz were curious enough to see what it was all about.

We only did the ones in Broken Isles, but of them, the best one I thought was the Suramar one (which was also the first one that we did). 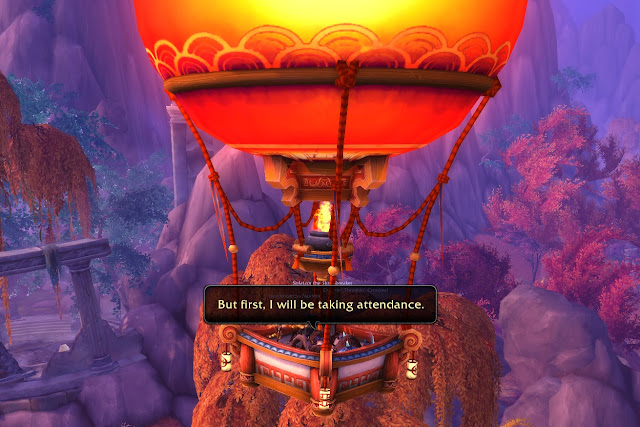 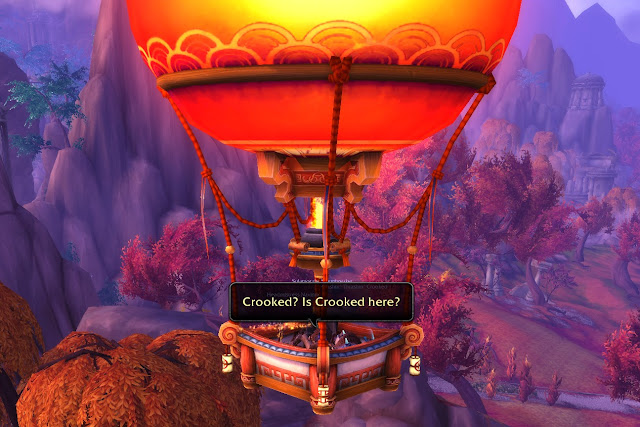 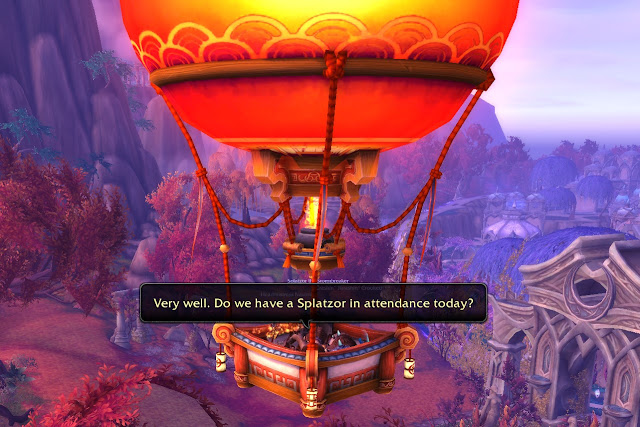 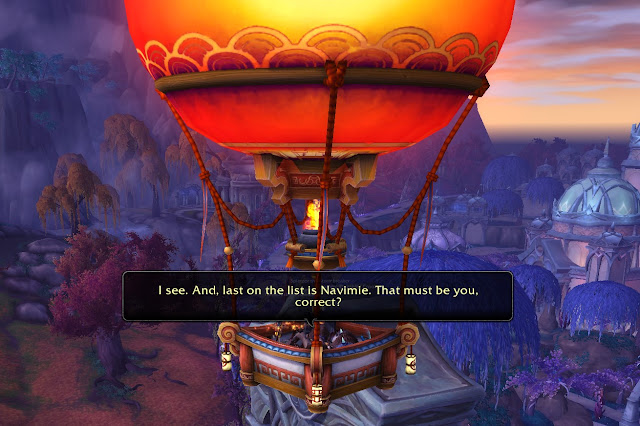 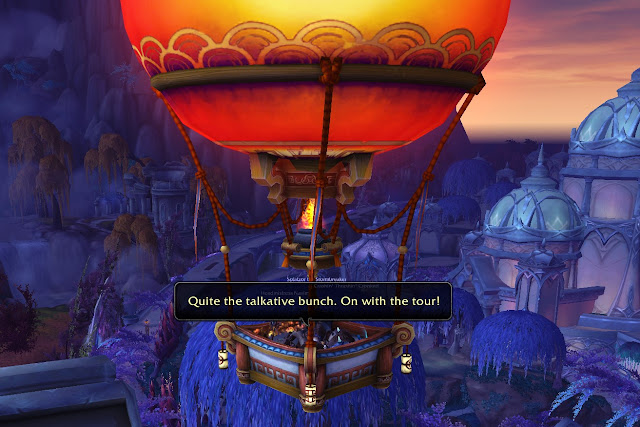 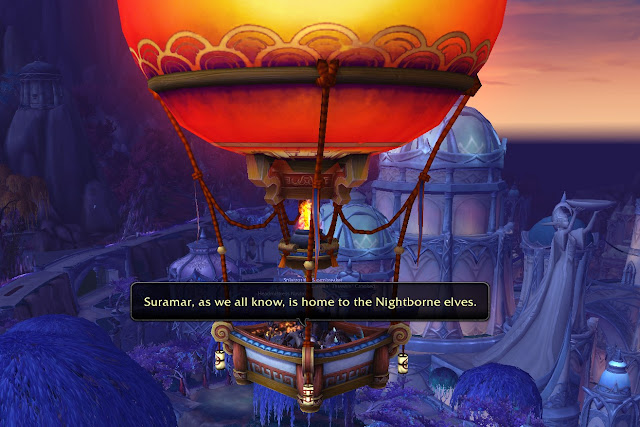 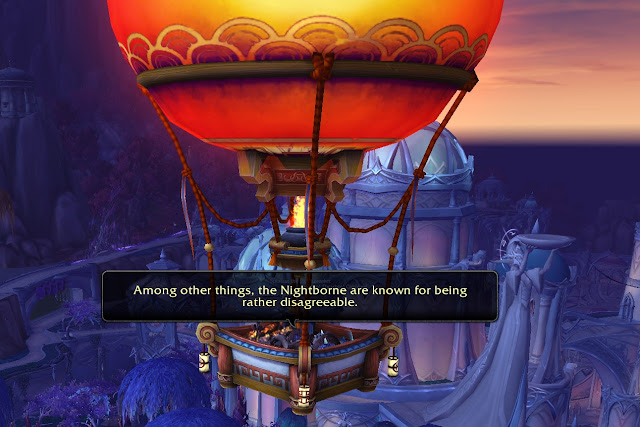 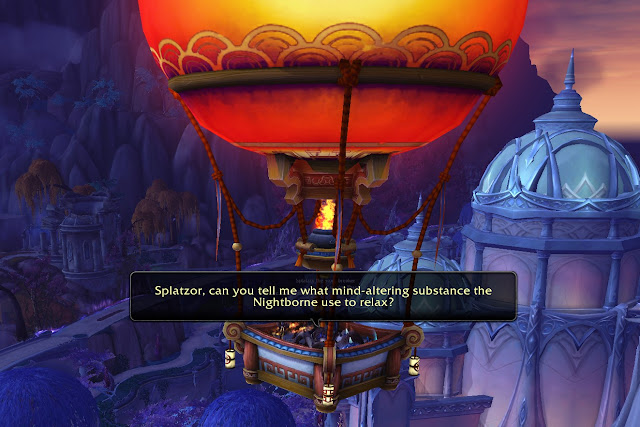 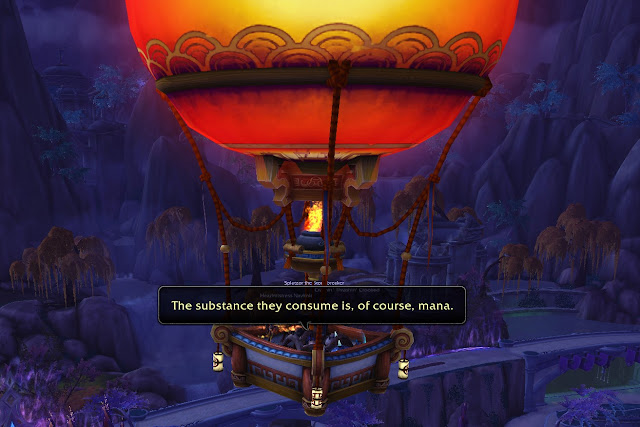 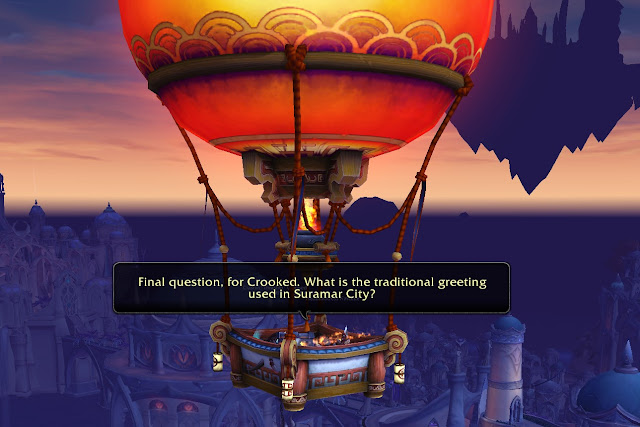 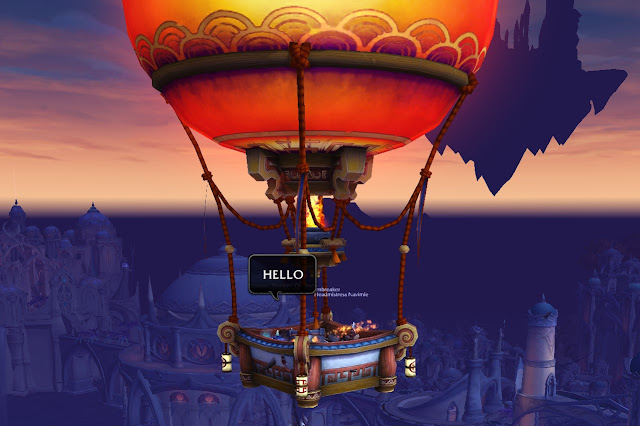 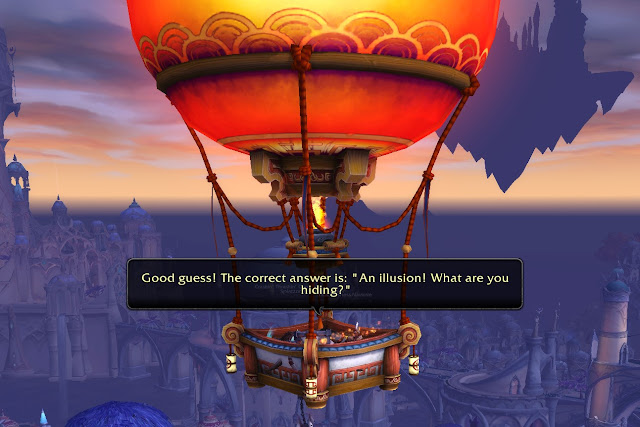 That was a fun and amusing ride! The Stormheim one one wasn't as informative. But it was amusing. 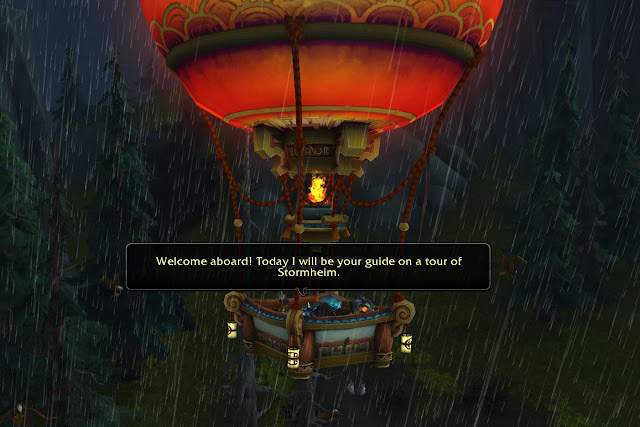 The Highmountain balloon had mopey Hemet asking us to tell him jokes. He felt better after telling his own joke though! 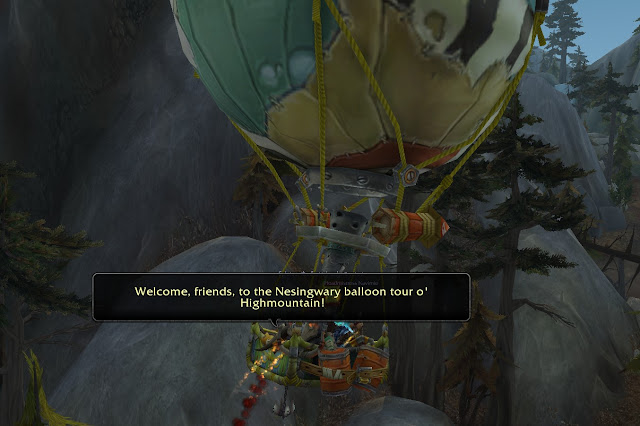 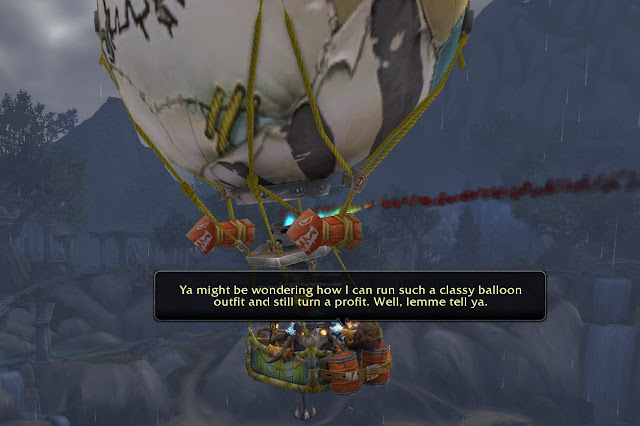 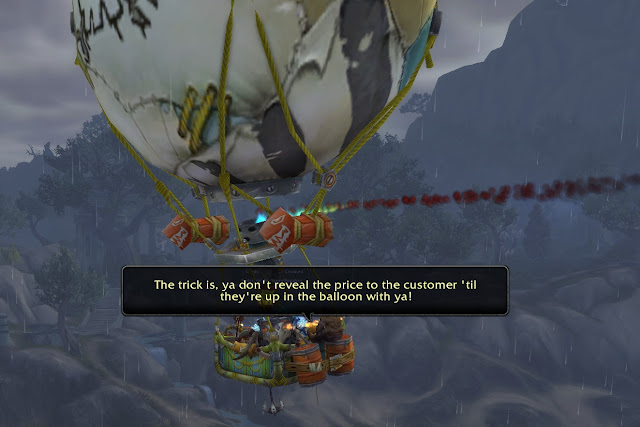 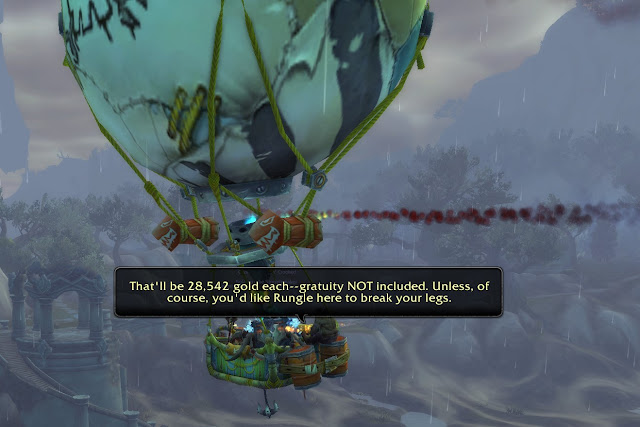 So that's what the microholiday was about. A bit of fun, a bit of silly. Hope you got a tiny giggle out of it :D I think it would be better if you could queue it like a scenario so that you weren't standing around there by yourself waiting for others to join you. I had a group of 3 so that made it easy, but not everyone is so lucky.