We pushed hard on Sunday normals and we managed to get Gul'dan before the end of raid! I was pretty happy with that but I wasn't happy with an incident in raid which I will talk about in a separate post. Overall people were happy with getting all the bosses done and I am super pleased that we can clear it all in one night. It means we have more options now - now that we can skip we can chop and change our pathing for Sunday night.

Monday we were heading for Star Augur (not Auger - which apparently is a corkscrew and I've been typing the wrong word for goodness knows how long) and everyone was telling me how the DPS requirement is so high, and expressing concerns about people who weren't doing the damage and I said I would speak to them.

We took a minute or two to explain the importance of putting all your fel fire in one spot so the tanks can clean it up with their comets, move away from the boss when he does the Fel Nova and DPS the big add blah blah blah. Stay in your groups for first phase, let's move clockwise when we run out of room... we were trying to make it nice and clear.

And then we one shot it. Not to say that wasn't cool or great, but it was a bit of letdown after everyone telling me how we all need to do so much damage and I was expecting a few wipes. 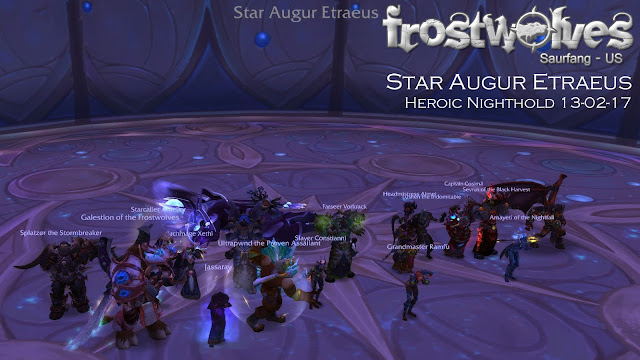 So, on to Botanist! Now I was worried, with everyone telling us how dreadful it was. We were ok with the dispelling roots, we had people a bit iffy with their solar collapse dodging and also another issue with DPSing the orbs too quickly and having 2 blow up. With 3 bosses up at the end it was pretty messy but would you believe we even managed to kill that on our 5th attempt? OMG phew! How exciting, 2 new kills for today!

And lucky me. Guess who rolled their 4th piece of heroic tier. People started poking fun at me saying we raid just to gear up the guild leader. Hey, it's on personal! I'm just lucky this week! 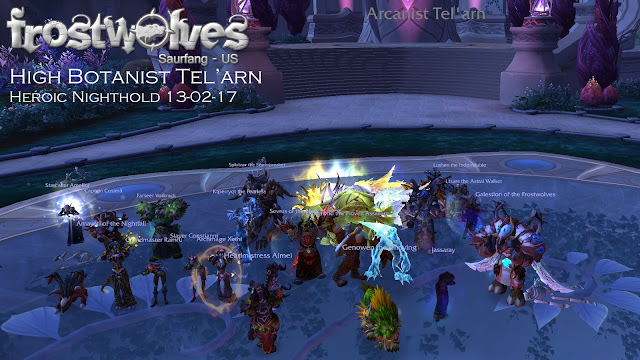 So we had a few goes at Elisande and I still have never fully understood that slow fast thing, but I think I'm getting the hang of it. I can tell you I love displacer for trying to get through the bubbles that aren't slowed! And mana totally sucks for that fight. I need to sort that out.