Raiding - Last Sunday raid as we wind down for holidays

It's coming up to that time of year! So for something different we did a Sunday raid with both heroic EN and normal ToV.

There was a lot of silliness and stuffing around, which often comes with the Sunday raid. Boss kills were sloppy and people were distracted and giggling - HK had a weird bug where I was sitting on his head and that distracted everyone for a good... oh, 5-10 mins. 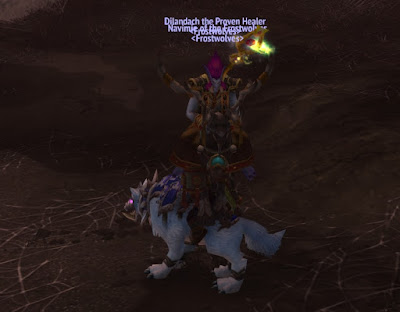 I was in stag form, and Dil was on my back, but somehow I was on HK's mount as well. Which of course wasn't happening but he couldn't fix it and then tried all sorts of things to make it back to normal which just caused more giggles. 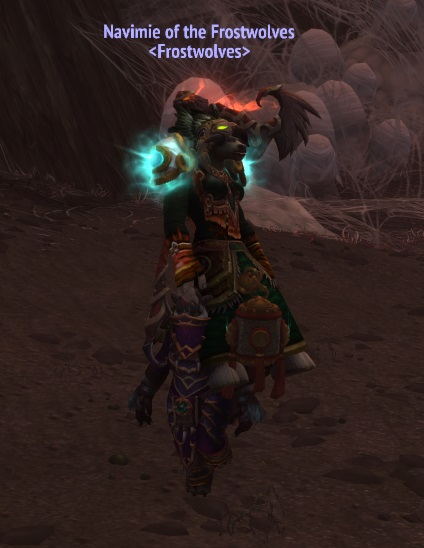 We actually wiped on Evil Tree (Il'gynoth) because of stuffing around and that was a bit embarrassing. I almost put on Navi's stern voice to tell people to stop mucking around but I think everyone figured out that we'd better stop playing silly buggers and we executed it a lot more cleanly the second time.

Oh, but I forgot in all the excitement that I got a legendary drop from Ursoc, which was my 3rd one (which were the shoulders - Aman'thul's Wisdom). I also got the enchant drop as well! Talk about my lucky day! Now imagine if I had also gotten my bear hidden appearance, that would have been a perfect Trifecta! You can see me wearing them in that 2nd pic there! Yay me!

After clearing out EN we went to ToV, and it all went quite smoothly. We attempted 3 healing Helya but that was a bit of a no-go even with 16 people, so we 4 healed it and it was a lot better. Dispels are still the poo but I think we've got a system that works. I tried the 3 healers dispelling and the 4th on backup and it seems to have done the trick. Someone has to spend all their mana, it might as well be me! Ram was doing melee dispels because he's good at that, and on our kill attempt I got Dil to dispel too. Nerd whinged about dispelling so much that I just rolled my eyes and said he can just do dispels when needed.

We got it all over and done before 11pm so that was a nice finish to the year for the casual raids! Lots of shards went into the guild bank which was nice.

Oh, and I thought I might as well start putting the artifact power back into the healer weapon, and I feel kinda cheated that after putting in 1.9 million AP all I get is a measly 0.5% boost to my healing! I suppose I haven't got anywhere else to put it....