One Night in Karazhan

All this free time during the day meant I could play with some of my other friends a bit more - Anna and Gal are on Barthilas and have since moved from Nostalgic to Gundibabe and it was fun being able to do stuff with them. We can't raid together but now with Mythic + we can do dungeons. Gal said "Why don't we do Karazhan?" and we thought ok, cool, why not? And then he said let's do a Nightbane run and I was feeling a little hesitant.

CT was telling me everyone had to be doing some ridiculous amount of DPS to be able to make the timer for Nightbane, and I wasn't sure if I was able to heal that. But, I thought I'd give it a go and then we had to find a 5th, and Crooked was at work but Wolf was free so I asked her if she'd like to come and she said she would love to.

So Gal wasn't 100% sure of the pulls, but told us the rough pathing. HK had only done Kara twice, but he has an excellent memory for stuff like that, so he took it all in stride. What he wasn't sure about was how much to pull, and on our first pass we did the first boss and then we died when we were going to Maiden because I couldn't dispel the debuffs fast enough and we got charmed and that caused a wipe. So, we reset it (which you can do by logging into an alt, entering the instance and then inviting everyone to group) and then off we went to do it all again.

This time was much better. And we made it to Nightbane with 4 minutes to spare!

We then had two wipes on Nightbane as I had to get used to how the mechanics work from a healer point of view, and then we got it which was cool! 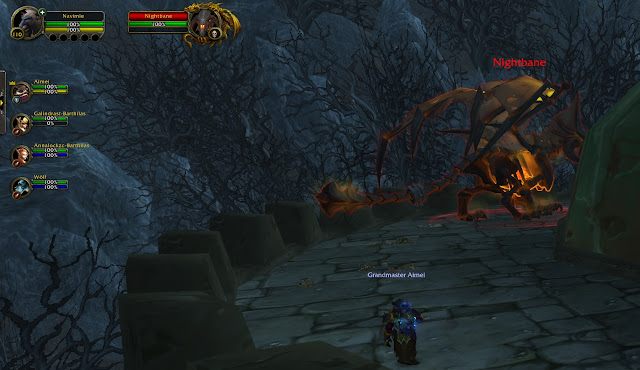 And lucky me even got the mount! Though I hear the drop rate is quite high. 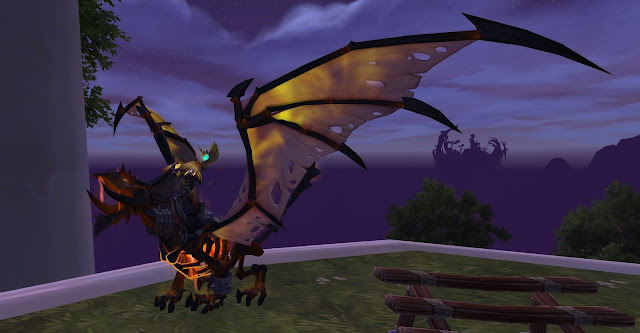 Gal had linked me this Reddit guide on how to do the speed run, but we did it differently and still had ample time. Here is what we did:

Run all the way to the opera event, ensuring the tank gets aggro on everything. The DPS did get some down along the way but there was no stopping to DPS anything, it was all done on the run. The RP event for opera takes ages so need to get that started and then kill the adds. We lusted for that boss then ran towards Maiden, staying left where possible.

At the bottom of the stairs from the opera where there is a room full of dancing ghosts we took an invis pot and then we got the crystal and headed towards Maiden. The crystal was in the last room before Maiden so we had to clear up to there. 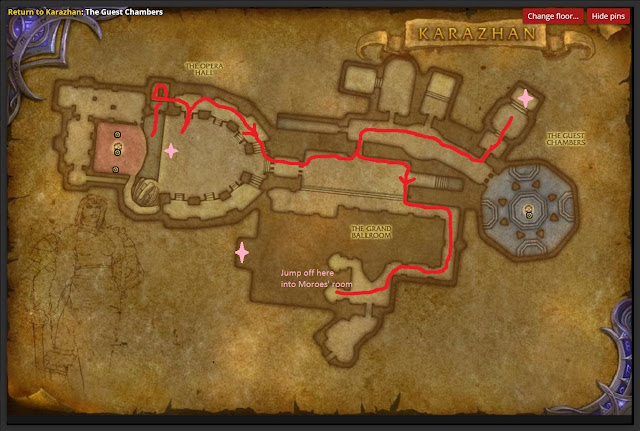 Then we ran back along the top towards Moroes' room and DPS'd down the few adds we had before we jumped down onto the dining tables in Moroes' room. We cleared the room and then started the fight. We used 3 cc and DPS'd the adds down one at a time. The guide said no CC but it was just to be on the safe side and it COULD be done with time to spare. Moroes crystal done! 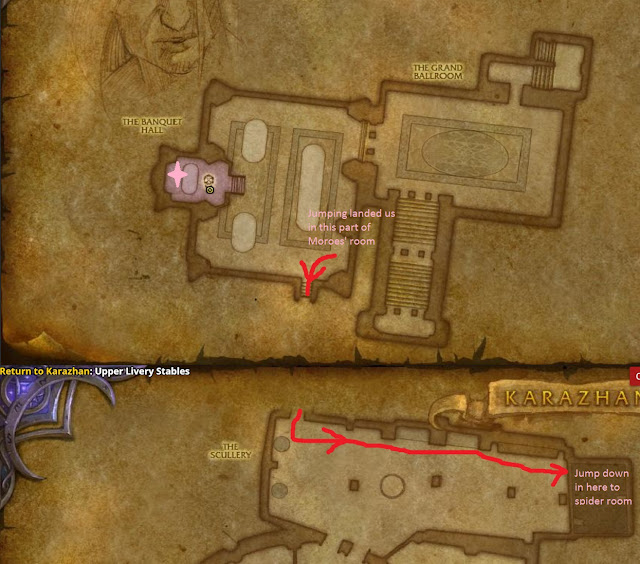 Then we went out the door (next to the ghostbusters) and went left then went to the end of the room and then dropped into the spider room. Those spiders have that horrible frontal 180 degree so make sure the tank has the spiders facing the wall so everyone else doesn't die. This trash is the worst, in my opinion! The crystal is near the portal so everyone can run through the portal whilst the person clicks the crystal. 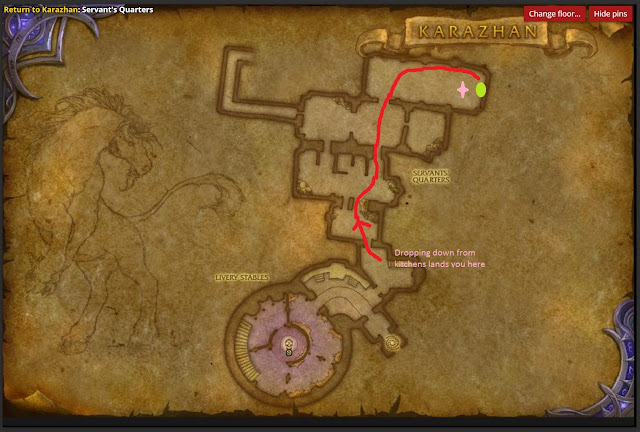 So after you take the portal you're back at the start then you go up the normal way to do the Construct. The crystal is between his legs when he dies, and then you run all the way back down to where Nightbane spawns (which is near the beginning but now the door is open) and off you go!