A slew of pre-Winter veil achievements

Holidays are for achievement chasing when there are no raids to be had :)

First achievement was from archaeology. Apparently I've found all the common artifacts!

Pristine ones have been hard to find, and this week's neck - I wish it was a BoA. Or an heirloom. It seems so pointless because I can't use it! And nobody would be doing archaeology on an ALT.

The next thing was hitting Prestige 4. I'm a bit slower than my other guildies, but when you hit it, it does a bit of a fanfare! This stays on the screen for AGES! 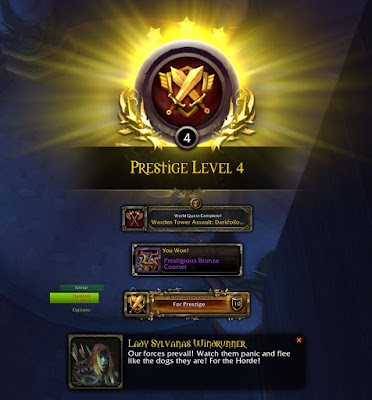 At prestige 4 you get a pretty unicorn to ride! The /mountspecial is rather cutesy too. I need to make a gif of it. I think it matches well with my black and red warlocky outfit. 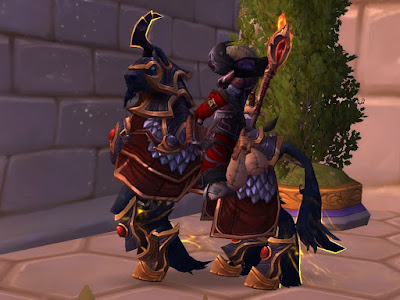 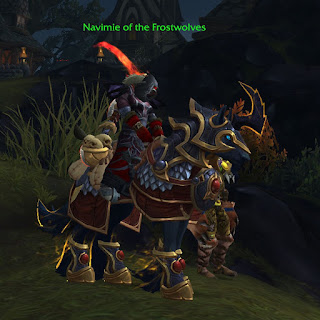 Those fishing bobbers that you could buy from Margoss before are now toys! So I had to go fish them up (100 drowned mana each) and there are 2 you can buy and a heap more that can be fished up. Hopefully I will be able to fish up the Pepe bobber, that would be cool! However, that put me at 299 toys... and so I was wracking my brain for my 300th toy achivement and I remembered that I had a gift from Arvash that I said I would use at Christmas, which was the Spurious Sarcophagus from the TCG so off I went to get that!

I went onto a US server to do it because there had been some issue when we migrated to Oceanic servers that data was lost - it happened to Luxy with a TCG card and it happened to me when I tried to do an item restore on my Arcanite Fishing Rod and there was no data about it. I had not realised that the oceanic and US server cross realm thing was fixed so now I could party with someone on an Oceanic server from a US server and we could see each other (whereas previously we couldn't). So Sev came on his alliance rogue and flew me to Booty Bay.

And of course come Christmas day there was a pet battle that would make the 12th one for the mechanical pet battle achievement so there's another achievement for me! Only 3 more families to go - undead, humanoid and magic.