Thorbartin (Bill) was one of the winners of my #FWMylight competition and I wanted to meet up with him in game and have a chat some time. We exchanged battletags and hoped for some crossover luck. However, trying to find him online when I was online was a challenge itself, until he sent me an email saying that he noted that whenever he logged on, my bnet message would say I was on 10 hours ago.

So on one of my days off I decided to log in at 1030am and lo and behold, guess who was online!

I sent him a whisper and went off to see him in his Garrison. It seems the most convenient place to see people these days! 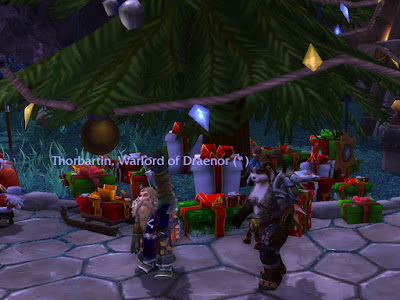 I had a squizz at his monuments, some are similar to horde ones and some were different. 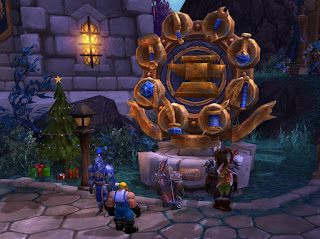 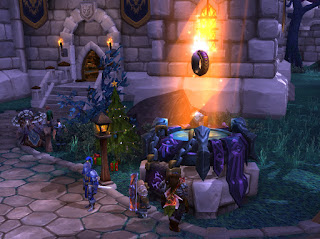 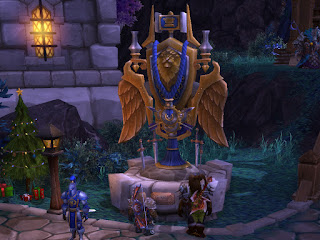 I also mentioned the Winter Veil Tree - the Alliance one looks like a standard Christmas tree, quite unlike the horde one which is adorned with skulls and weapons. Thorbartin said he had never seen the horde Winter Veil tree!

Thor told me about his surprise when his Mylight package arrived - he said he expected a small night light not a whopping huge sign with his name on it!


I asked him what his wife thought of it (she doesn't play) and he said that they just stared at it when they first opened it. 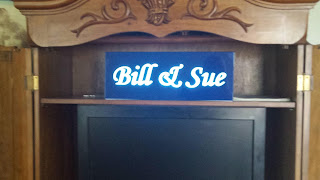 Thor has been doing old raids and isn't much of a pet battler. It was lovely to be able to meet him though, and I'm happy they loved their prize.

Thanks for meeting up with me in game Thorbartin!