You know, I was going to write a post about the Warcraft movie since there was a lot of chatter about it after San Diego Comic-Con.  However, there are other people writing about it, most notably a post on Blizzard Watch that genereated 500+ replies - so much so that they had to close comments because some of them got very heated.

Any post that talks about representation of women in our games always generates a massive discussion.  It's like religion. politics or raising children - people have their own opinions and will vehemently defend them with teeth and claws bared.

Elizabeth made her stance clear - she thinks that Duncan Jones' comments about Warcraft being a welcoming environment for women is wrong, based on her experience as a woman in the game. Is there misogyny in game? Yes.  Has it happened to me? No. Does it mean it doesn't happen and it doesn't matter? No. Do I want to talk further on it?  Ummm.... no.

I want to talk about MY fears for the Warcraft movie which has nothing to with real or imagined lack of female representation.

The promo posters look awesome. I have a soft spot for Travis Fimmel (/drool), even if he is Alliance.

I watched the playback of the Warcraft panel and listened to what everyone had to say.  I was amused that Daniel Wu's wife played Warcraft and she told him he had to audition for the movie (and now he is her hero, he claims). I giggled at Dominic and Travis complaining about having to wear heavy armour and wigs and all the orcs got to dance around with dots and pyjamas.

Ruth Negga (Lady Talia) and Paula Patton (Garona) talked about their characters - especially when NOBODY ever heard anything of Lady Talia since she was dead.  It will be interesting to see her place in the story.

Naturally, I am excited to see Durotan and Draka in the movie and baby Thrall, after all, they are our forebearers, the namesakes of our guild Frostwolves!

However, I don't want to get too excited, even though it is exciting.  Why?  Well, I'm afraid of hype.  You know when a movie gets hyped up it's always disappointing?  I felt like that during the Dark Knight Rises, which was a good movie but it wasn't as good as I thought because there was so much hype about it.  And also... this is the biggest concern I have... name me one computer game movie that was actually any good.

Struggling?  You're not the only one.  Let me help you jog your memory Capcom's extremely popular arcade fighting game was made into a movie in 1994 which grossed $99 million. I loved that game.  I spent many hours in the arcades playing it after school.  And the movie, even with a cast starring Jean-Claude Van Damme, Kyline Minogue and Ming-Na Wen was a dreadfully dull movie with a lame action plot, even by my meagre standards.

Another arcade fighting game, it managed to spawn a movie and a sequel. I think I have seen the first movie when I was younger but I don't remember it.  But the women's outfits... bleh (they were exactly the same in the game). If it was good I would have remembered.  But then, surely if it was terrible, I would have remembered.  Or maybe I have just blocked it from my memory.  The first movie grossed $122 million and the second $51 million. 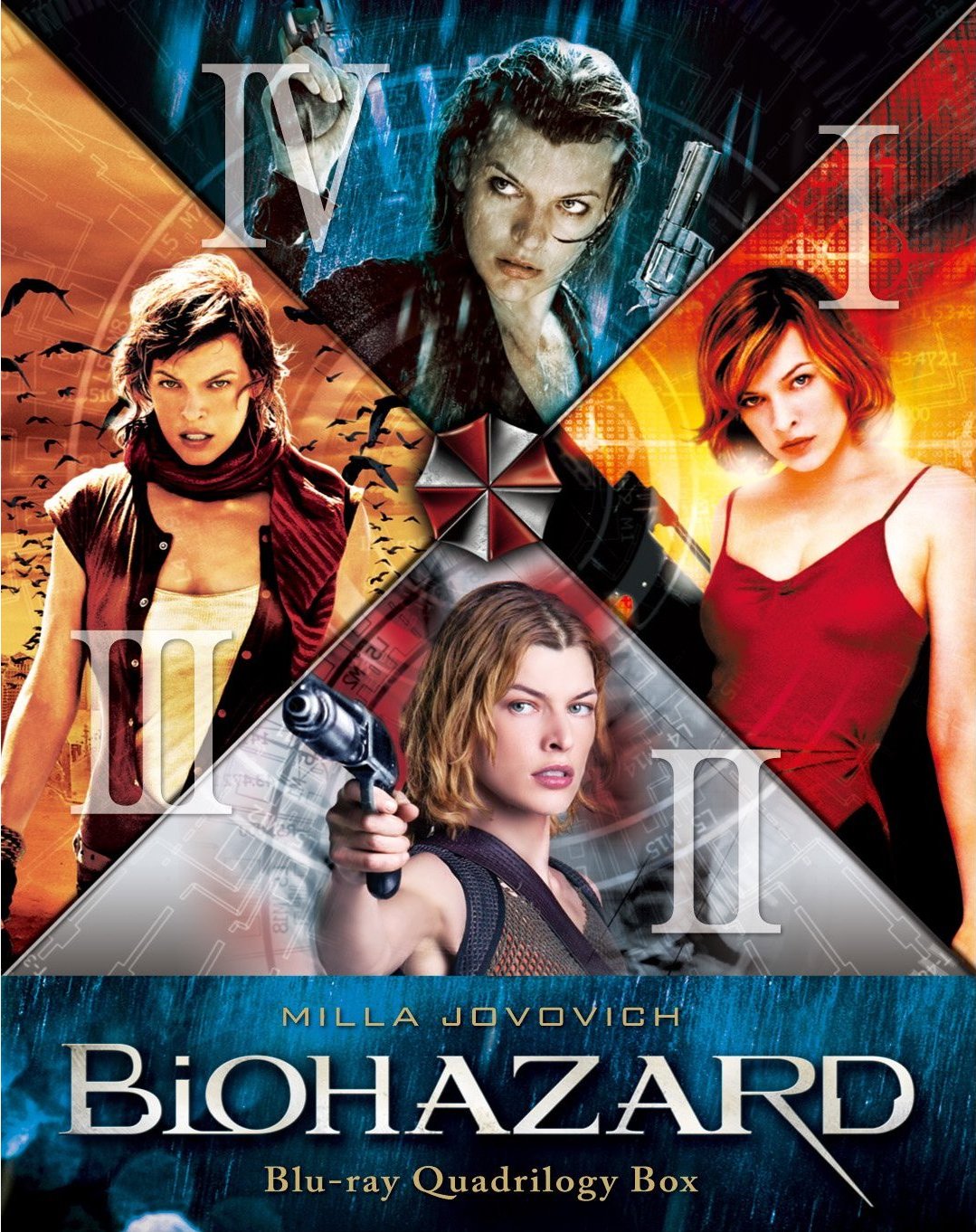 I admit, I did enjoy some of the Resident Evil movies, but I had never played the game, which was a survival zombie shooter game, I think.  There were five movies made, after all so somebody must have liked them.  Milla Jovovich is pretty cool, I admit. They made $102 million, $129 million, $147 million, $296 million and $240 million respectively.

Tomb raider's Lara Croft, famous because of her outrageous bosom is an adventure game with the player controlling Lara from a third person viewpoint. Lara has had a changes to her physique and bust with the latest Tomb Raider game showing a more realistic looking Lara. The movie was made in 2001 and with a superstar like Angelina Jolie starring as Lara Croft it was successful enough to spawn a second movie.  OK, I admit, I didn't mind these movies, and it made decent money at the box office ($274 million for the first one, and $156 million for the second). 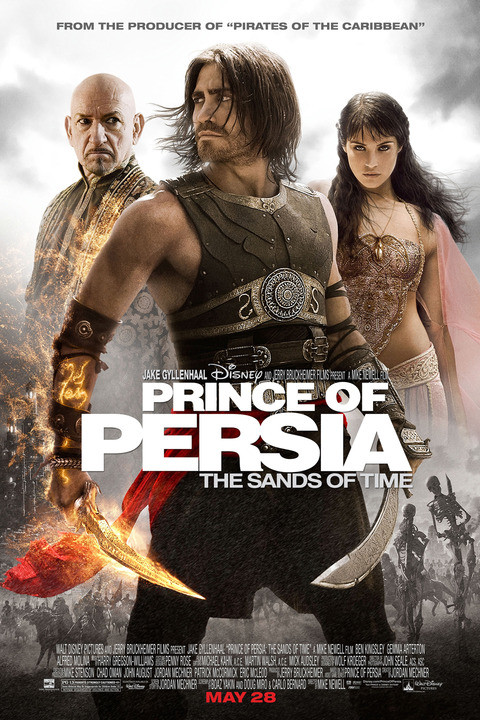 Now I used to play the original game a lot, and I wasn't very good at it (I tend not to be good at any game that requires jumping) and the game was extremely popular with a number of sequels. The movie, made in 2010 starring Jake Gyllenhaal, grossed $335 million at the box office and it was not a bad movie.  I remember watching it at the cinemas.  I suppose you could say that was a success.

I have never played the game, so I was even less inclined to see the movie.  The game is a third person shooter (something I am never good at) and that's all I know about it.  The movie was made in 2008, starring Mark Wahlberg and Mila Kunis and grossed 85 million at the box office but had dreadful reviews from the critics.

I have never played any of the Final Fantasy games though they are were a very popular RPG and now an MMORPG (in it's XIV'th incarnation).  The movie, made in 2001, was fully animated and it was extremely good animation at that time too.  I watched it but found the story a little confusing, and the film itself grossed $85 million at the box office (a fair bit under it's $130+ million cost to make). 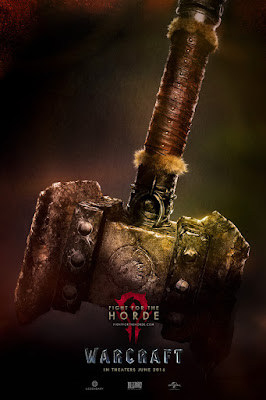 I'm concerned that if someone had never heard of Warcraft or the game, or never played it would be disinclined to watch it, like I was with Max Payne.  I'm also concerned that hyping it up will make the movie a disappointment to watch, because my expectations are high.  Of course I'm hoping it will be amazing, that the visuals will be impressive and the characters inspiring. And there will be FROSTWOLVES in it. I look forward to seeing Durotan (played by Tony Kebbell) and Draka (played by an Australian actress I don't know, Anna Galvin, who has been in the Stargate TV series). But I'm trying to reign in my excitement.  Aimei/HK has told me to stop worrying about it, the movie will be great, since there are so many people working on it that LOVE the game and the lore, so they will do their best to make it amazing because they love the story as much as we do.

The official trailer will be released in November, it was said, no doubt, they will be showing it at Blizzcon.  I guess we will be able to see it then!  Just 4 months to wait!

"I'm a gamer, and I know what I'm expecting is what you're expecting from this thing and I promise you, Duncan Jones has made the movie we want to see."