We had scheduled our next Challenge mode date for Thursday night - so we booked Arelion in (as he has many other activities he is involved in so trying to find time to play with him can be tricky at short notice).

I had done Iron Docks previously, but being handheld through it compared to going through the learning process makes a huge difference to my understanding of how the instance should run.

Firstly, we were trying to figure out just how many mobs we had to pull.  It was fun to listen to Sars asking me if I had seen Hamlet's CM guides - I remember listening to Hamlet's podcast with Dayani Episode #10 where she was plugging his guide, but I hadn't actually watched them.  Dayani sounds so quiet and soft spoken - of course in real life she claimed to be shy and soft spoken as well, but she was really awesome and knowledgeable yet NOT strutting around with all her knowledge, if you know what I mean! 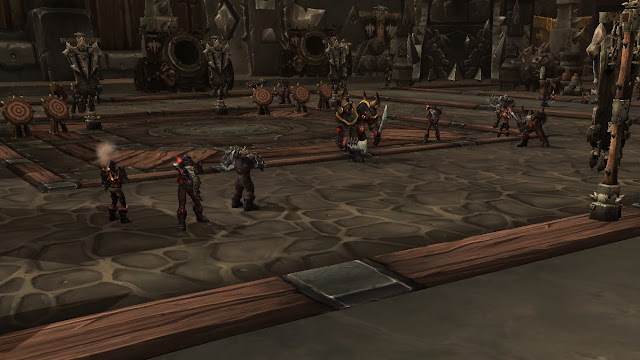 I found the initial pull to be the most intensive healing of the dungeon.  When I did it with Onineko, it was the same, but I was dictated to prewarned (ie "Navi, you need to use your cooldowns and treeform for this kgo") so this really was the most full-on heals for me in the encounter.

The next cool thing that required some timing was using the Iron Stars.  People were doing them in normal heroics anyway, but it's great for CMs. 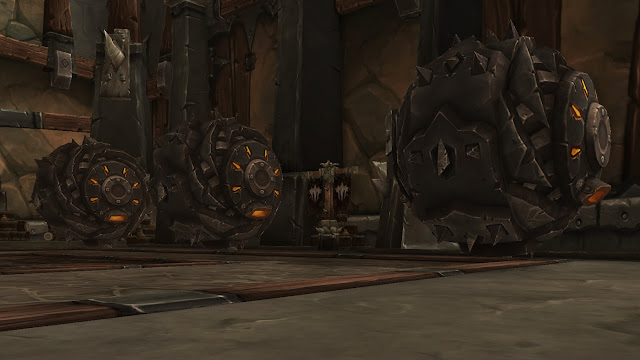 Unfortunately we have not successfully done that yet.  Each time we do it we kill the Gronn but everything else is alive and we're kiting them back to the other mobs.

Then onto the packs of Gronn and orcs.  When someone told me that the shots fired hurt not just us but those mobs too, it was like WOW! So knock them out from behind the box, have the tank hold them there and they can get hit by shrapnel.  Boom! Typhoon is definitely useful there but with a shaman I may not have to do it - but I do it anyway coz it's fun.

After we killed the Grimrail Enforcers, we did the Onineko thing which was run to the end and have a soulstone and a pop.  I could stealth it, but even that takes too long imo!  Sev tried it with an invis pot but it didn't last long enough.  We haven't quite got that down pat yet, as we had a few hiccups on our final attempt still but we were getting better.

And we were going great for time on our final attempt, and suddenly, when the final boss was at 20%, Ultra said "OMG we are ONE MOB SHORT!"

So I said I'd go, and I ran my ass off trying to find a mob, which was going to have to be one of the ones we'd ran past to corpse rez.  There was a pack of 3 and I noobfired one and started running back to the group.  Ultra had arrived and was yelling to hit the lowest health one, and I didn't realise Arelion had died on the last boss and was rezzed by Sars.  Sars had said he wasn't sure if he should rez Arelion or not, but it was probably just as well that he did because he could tank the other 2 mobs whilst the DPS worked on the 3rd.  Time was ticking down down down.. OMG, are we going to make it??

The time for a Gold was 20 minutes. 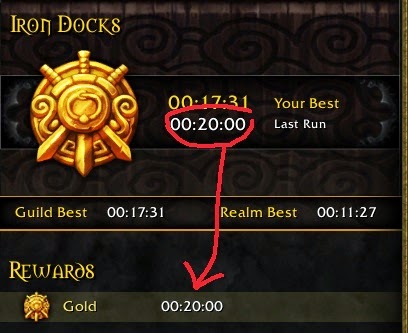 Best kind of gold really.  Like, it's actually the worst time you can get for gold, but imagine if it was one second longer!  That would have been so lame.  But at least this way, we can say we scraped it! 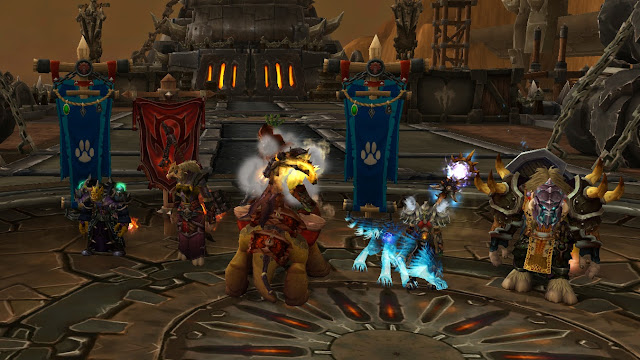