Fishy thoughts and fishy fun - great weather for it too

As NSW struggles through the worst storms in 8 years (some residents saying it's the worst storm they have seen in 25 years), I can imagine that internet connections and power outages will play havoc with a lot of NSW WoW players, and of course I'm particularly interested in what is going to happen tonight. The state Premier has even told employers to be flexible and encourage people not to drive in peak times, avoid going out in flooded areas and even told people to go home early. 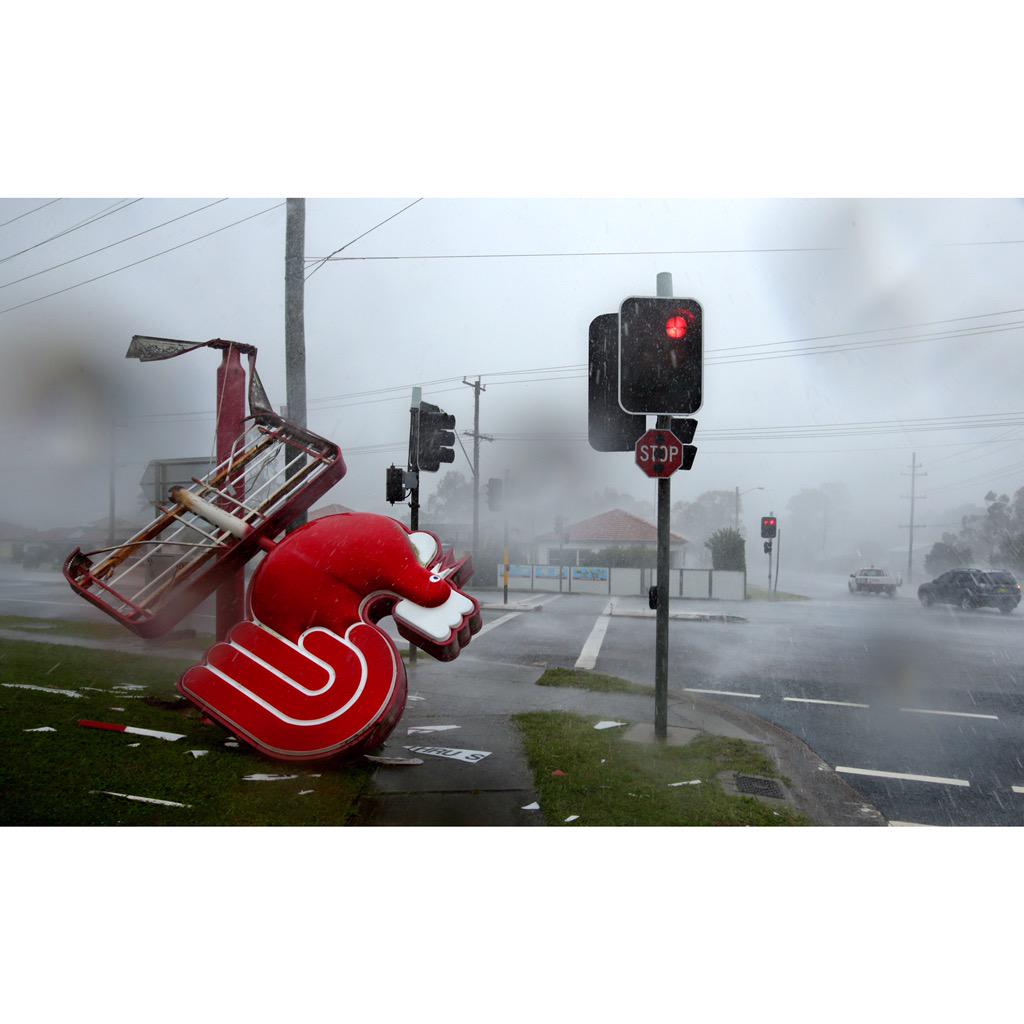 But I think it's because I have a quadruple goal for fishing.  I'm fishing for raid food, at the same time I'm catching Lunkers (once I get 5 I go back to the garrison to turn in at Nat Pagle), and I can use those coins to buy pets and a mount.  AND THEN, I can cook all those fish and MAYBE I'll be lucky and get a Li'l Leftovers (another pet!). And of course, any spare food, after I give a stack to guildies who like eating it, I can sell on the AH and it seems to sell quite fast. 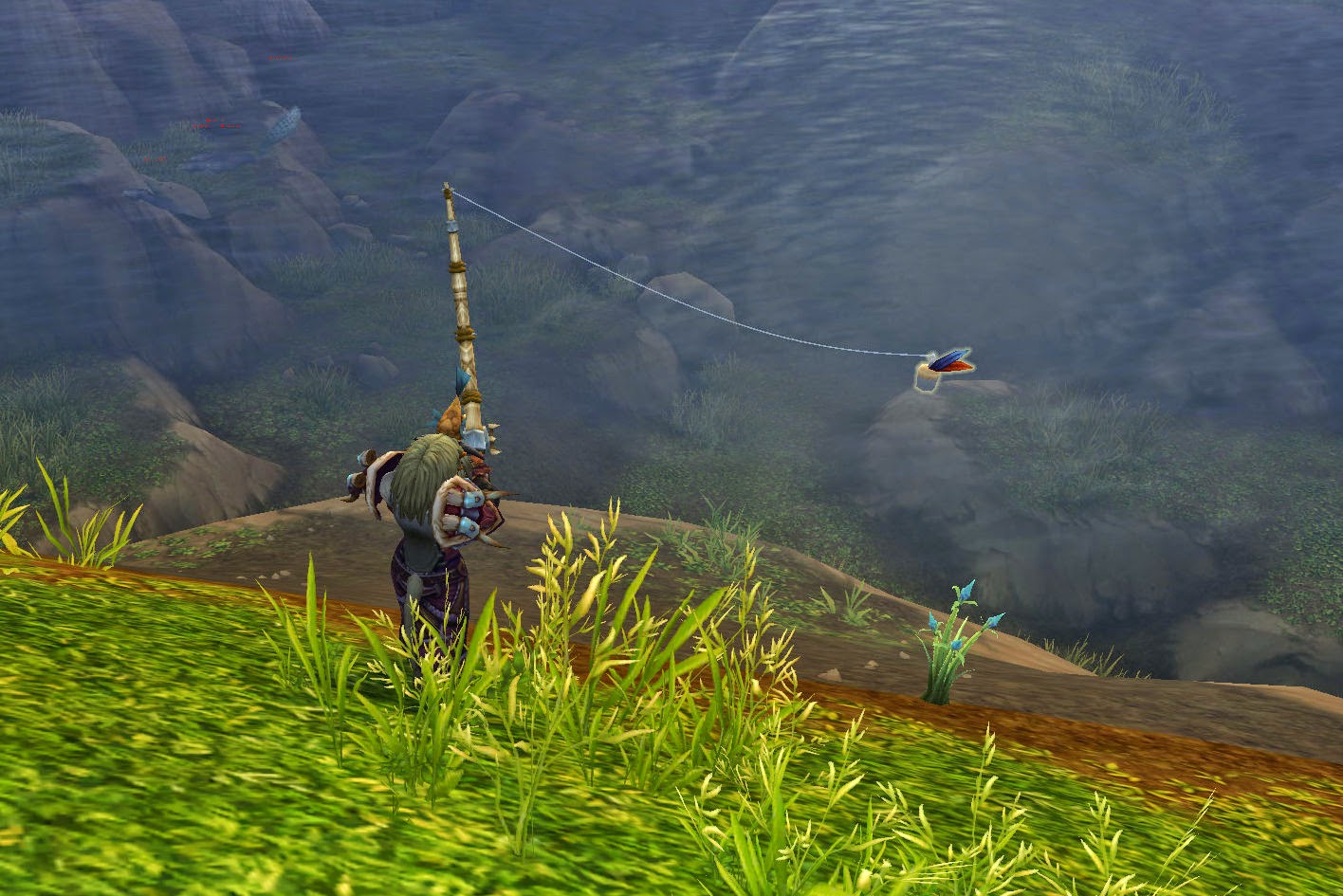 I do have a bee in my bonnet about something and it's not a really big thing, just a quality of life thing. When you go to Nat Pagle, he lists all the seven Lunkers you can hand in.  You have to pick from the list of seven which Lunker to hand in, and you can only do it one at a time.  The hand-in is not dissimilar to Angry Zurge in Ashran, where you can hand in Severed Night Elf head, Tufts of Gnome Hair and other Alliance racial PvP tokens from kills - except when you go speak to him, he just has the hand in quests available to hand in, which makes it a bit easier.  Why can't the hand in be like Angry Zurge?  Would be so easy to click then!  I did tweet them to ask, but it's not a particularly interesting topic to reply, so I probably won't see that tiny thing resolved. I'm sure everyone is busy with patch 6.2.

With Nat's hat or Nat's Drinking Hat (using the +150 lures you get from it), I don't really need to use the +200 worm lures, as long as I'm wearing one of the fishing hats (Hightfish cap or Tentacled hat) I will always catch enormous fish with my fishing skill.  I must say I much prefer the hats to the fishing rod (since that only has a 1 day duration compared with the hats' 7 day duration). 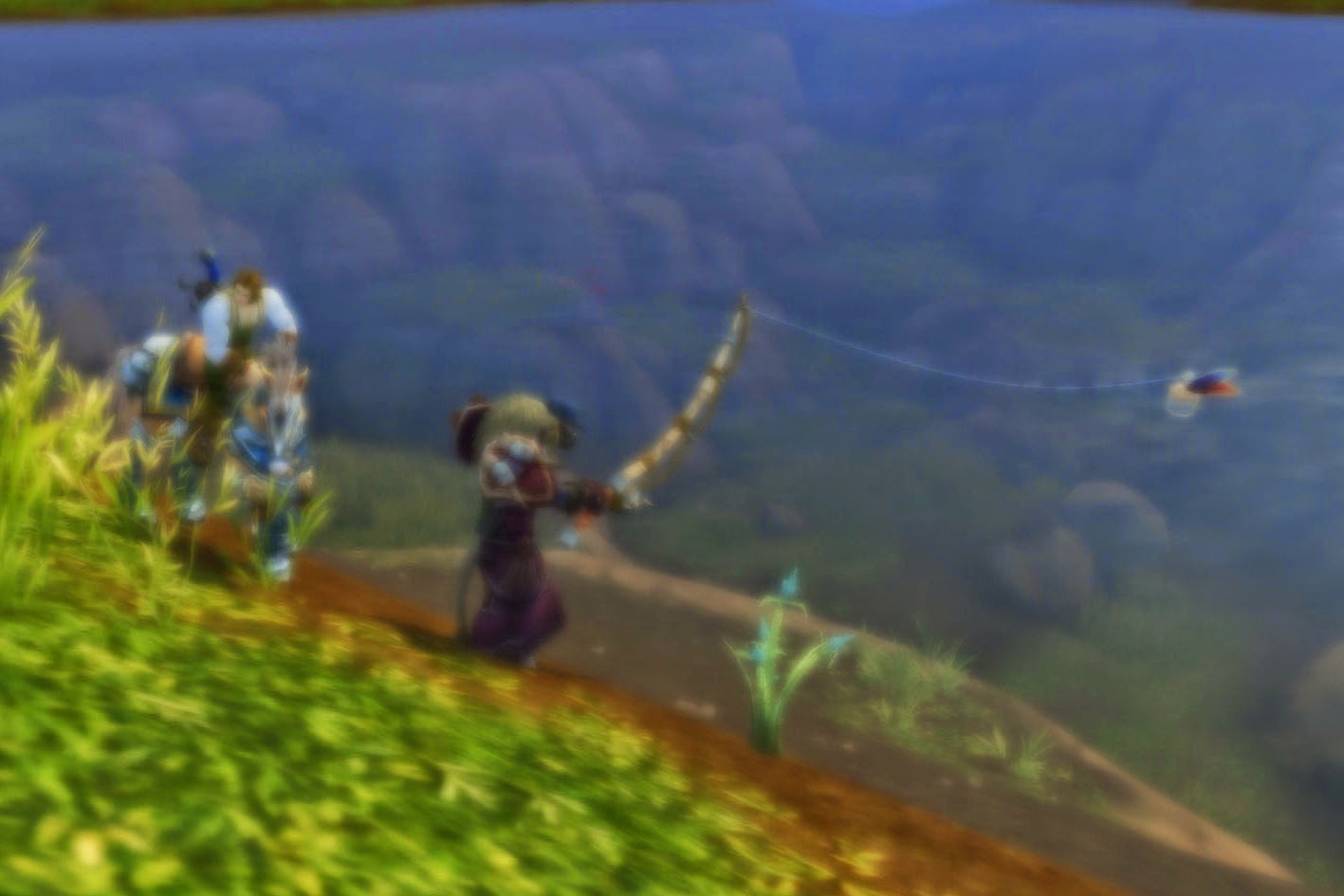 I don't understand the flavour text of Nat's Drinking Hat.  It says it looks better with blurry vision. But it doesn't. Nothing does.  Not even me.

Even though Nat's Drinking hat has +5 more fishing skill than Nat's Hat, I don't really like the colour - the purple colour of Nat's Hat matches my outfit much better.