Raiding - And That makes three!

Our raiding week didn't start off well but after killing Gruul on Thursday, I was feeling better about raiding.  Sunday was a bit of a kerfuffle as we juggled what were going to do, but it turned out we did Blackrock Foundry on normal which was good because it was a great learning experience.  We had a few casuals turn up - Taxar, Hyperpali, Faulen, Tyefoods and Splatzor - so it was good to at least be doing SOME new stuff.  We killed 3 bosses on normal - Gruul, Beastlord and Hans and Franz - and we thought we'd go back and get them on heroic.

We did Beastlord a little differently this time - Elekk, Wolf and then Rylak - and to me that was a lot better in terms of healer cooldowns.  With Elekk first we could blow our big AoE cooldowns early, and then use them again later.

I was emphatically telling people not to get pinned because we were wasting a lot of DPS and mana healing getting them out, and then I started to do AoE assignments after the pull and guess what happened to me mid-sentence...

What a BLOODY STUPID IDIOT I am.  Never going to live that down.

The number of pinned people was a lot less these attempts, compared to Thursday's attempts.  There was one attempt that had FOUR people pinned by one spear at one stage, which was hilarious. There was also one time where Koda rezzed Aimei and then ran away because she was on a pin point, and then Aimei took the rez and instantly got pinned (that was on our kill attempt, and we ended up just leaving him there to die whilst the boss was DPS'd down). Mana was tight and another bit of useless extra damage came from rend and tears when the wolf was jumping around.  If you stood at the tank when the wolf jumped back, you got an extra stack.

It took us three goes to get Beastlord down and everyone was pretty happy about that! Alca and Koda rolled some useful loot, plenty of others rolled some loot, and Aimei and Nok both got the weapon that dropped.  I was a little grouchy because Aimei got that weapon on normal Beastlord on Sunday and I had just enchanted him and now he wanted ANOTHER enchant!! 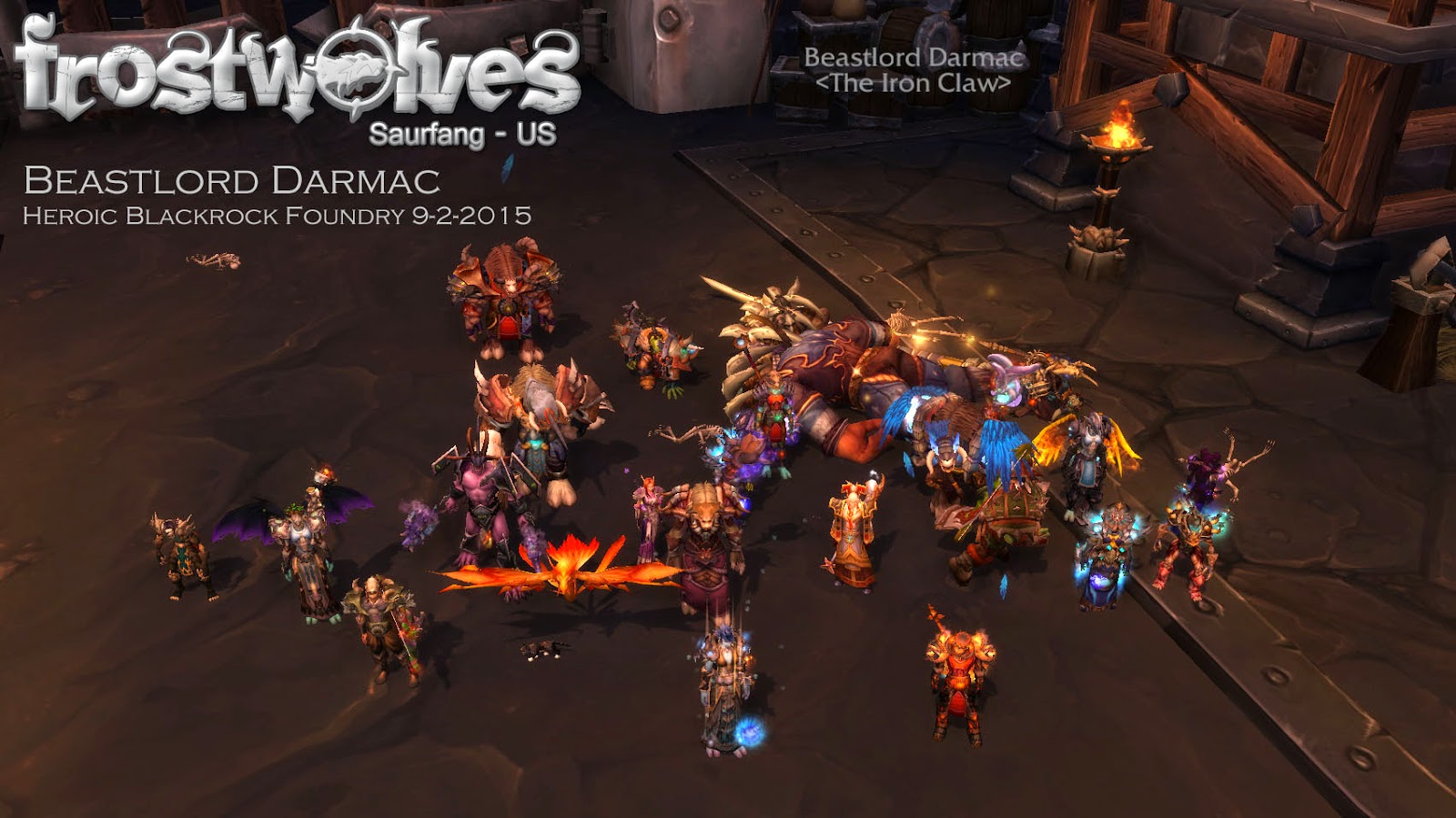 Hans and Franz was our next stop because we did it easily on Normal.  Heroic took a few more goes, as the stamping was not quite so forgiving, nor was the Suplex because tanks were dying all the time! Dodging the plates took some time, even though the idea of it was easy, but it's easy for the raid leader to say "don't DPS, just dodge the mechanics" because healers need to heal and dodge the mechanics! I was body slammed a lot - I am sure I was targetted quite a few times but if you look at Warcraft logs I look like an idiot who just took lots of damage! (though, that may also have been the case). 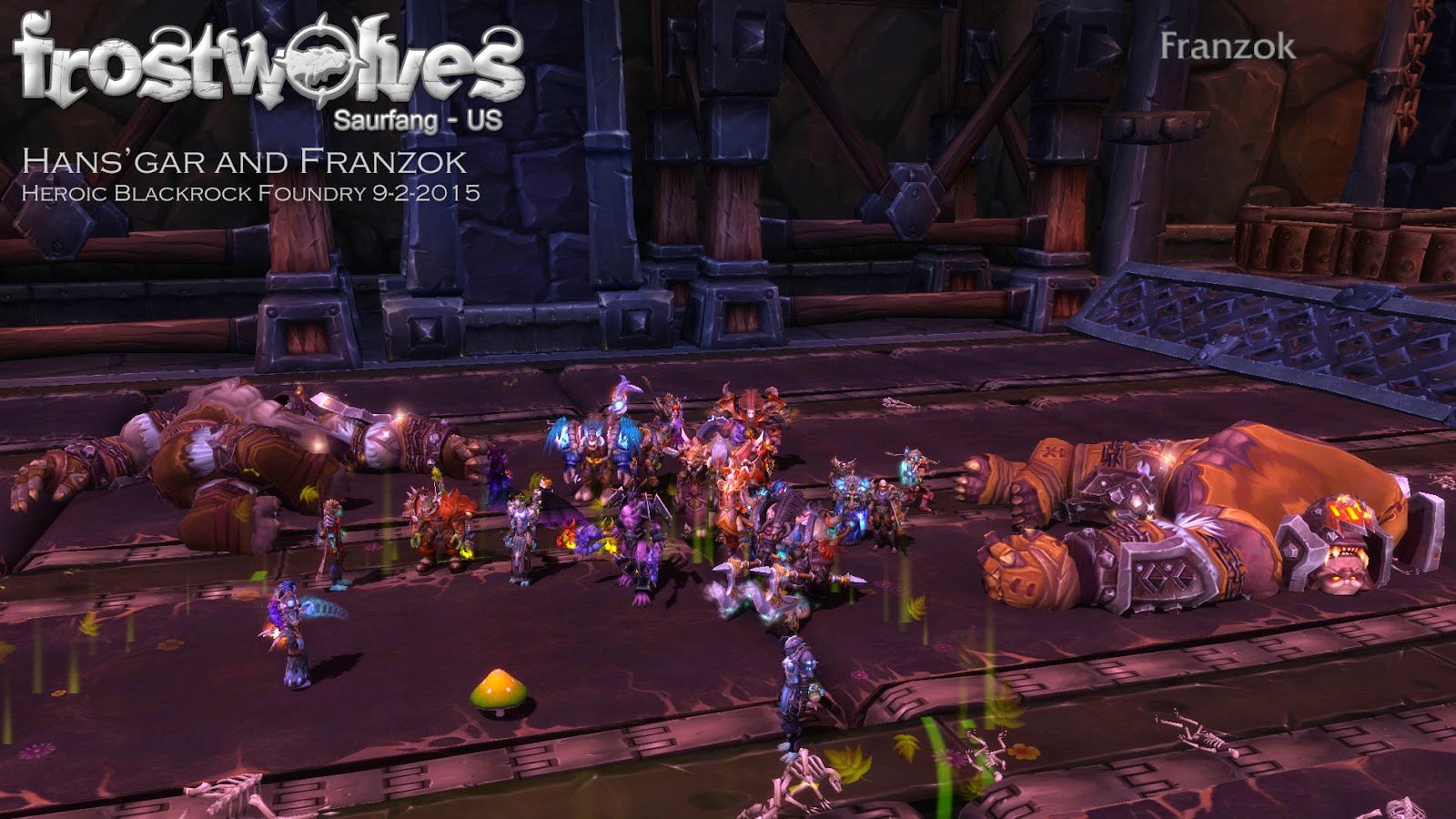 I wondered why this boss had a voice in it that sounded like Arnold Schwarzenegger, and upon googling, I found out that Hans and Franz were a Saturday night live skit where two guys pretend to be Austrian body builders wearing padded grey sweats, mimicking Arnie.  Woo, another pop culture reference! 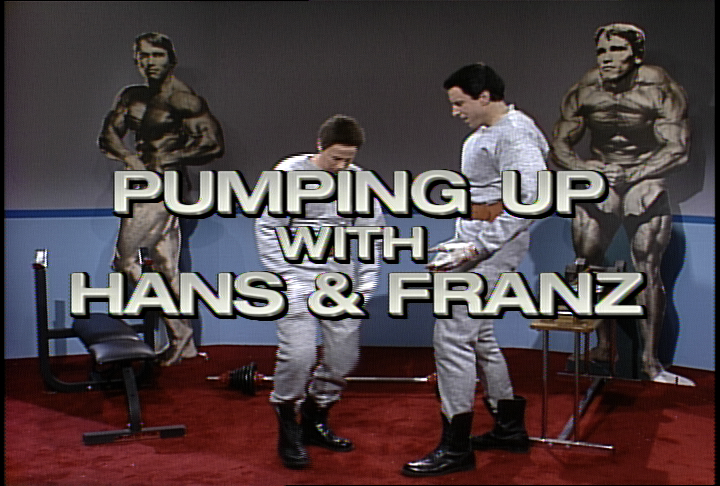 We also had a few trash drops which were great - except that everyone took the items and I had nothing to sell!  We made a joke about it on Sunday because Hwired was master looter and we had so much trash epics, and then we switched master looter to Kyjenn later and the trash drops stopped!

That was a pretty good week for our first week.  Looking forward to our next boss attempt next week!