I've said before how much I love Pushme's little one page cheat sheets to raiding.  When Hwired linked them I was thrilled to be able to read them again.  I wanted to thank Pushme in person because they helped me a lot - that Paragons one in SoO I was STILL looking at, weeks later!

I had found Pushme on armory before when they were in another guild, but when I did it again, they were still on the same server, but different guild.  I sent her an email asking if I could meet her, and she replied me in the affirmative! She seemed pretty chuffed that I wanted to write about her so she gave me her Battletag so I could find her online.  To tell you the truth, I didn't realise that she was female! I'm not sure why I assumed she was a guy - after all, the toon was a girl!

So I finally found her online (when I was at work) and rushed over to take a picture!  Unfortunately it was whilst I was at work, so I couldn't talk to her much and had to AFK very quickly!  She had moved to a more casual guild - she had a lot of real life stuff coming up (like getting married) and so didn't have the time to be able to put into harder core raiding anymore.

She seemed genuinely happy that her guides had helped people and I teased her, thinking she must get that all the time!

I had a panic moment - here she was, in Stormwind with me and I couldn't for the life of me figure out how to take a screenshot.  There is no Prtscr button on my Windows Surface and I had to go back and do some work, so I did the only thing I could think of - I took a picture of my screen with my phone! 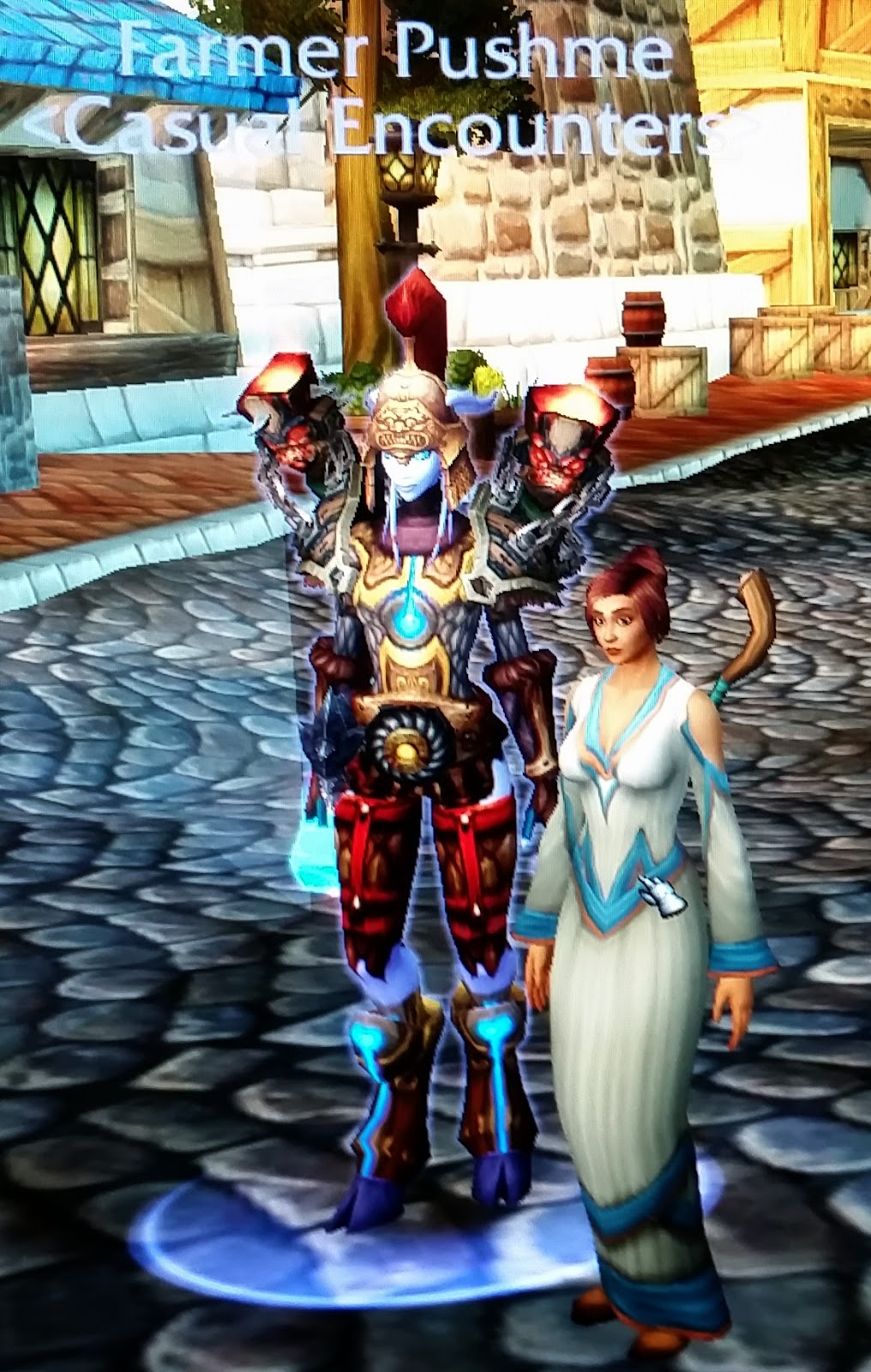 I'm sorry it was such a short visit - there was so much more I would have liked to ask her. But it was great that she took the time to visit a total stranger just to take a dorky screenshot!  Thanks so much Pushme!