Wolves, wolves everywhere, but at least I am now a true Frostwolf!

Grinding rep with Frostwolf is also great for levelling bodyguards. I did quite a few bodyguards that way, and Magnarok is the best place to farm bodyguard rep and Frostwolf rep, as there lots of little mobs that give only 1 Frostwolf rep but they give 10 bodyguard rep!

I managed to get to exalted Frostwolf Orcs with my last bodyguard, Tormmok, and he so kindly posed with me for a screenshot in the Garrison sporting my new title and riding the original Frostwolf Howler from Alterac Valley. 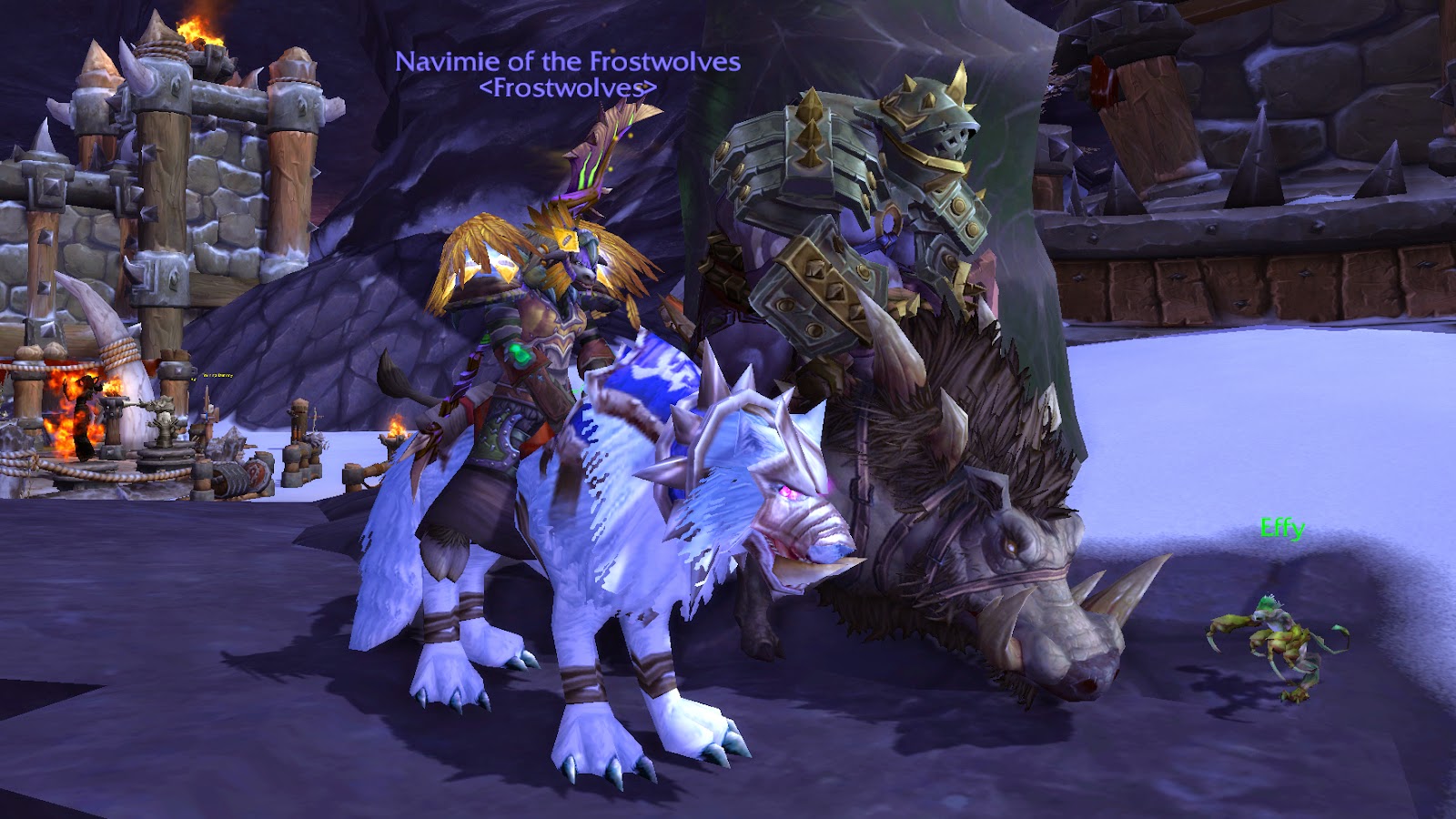 Is that not the best title for someone in my guld? :D OMG I totally forgot to get the Frostwolf Pup out for a picture!

And I should go check out what mount I get with this exalted reputation. Not that I particularly care about mounts, more to add to the collection that I will never use... like Garn Nighthowl.  I was lucky that day - someone was asking around for people for Nok-Karosh, and I asked him how they were doing loot. I had heard there were some unscrupulous people around asking for people for a group then masterlooting the mount or something equally unsavoury.  Anyway, after multiple false starts with Alliance pulls and a different Horde group pulling, we got both Horde groups together and pulled it and OMG I rolled the winning roll, and a shiny new mount. 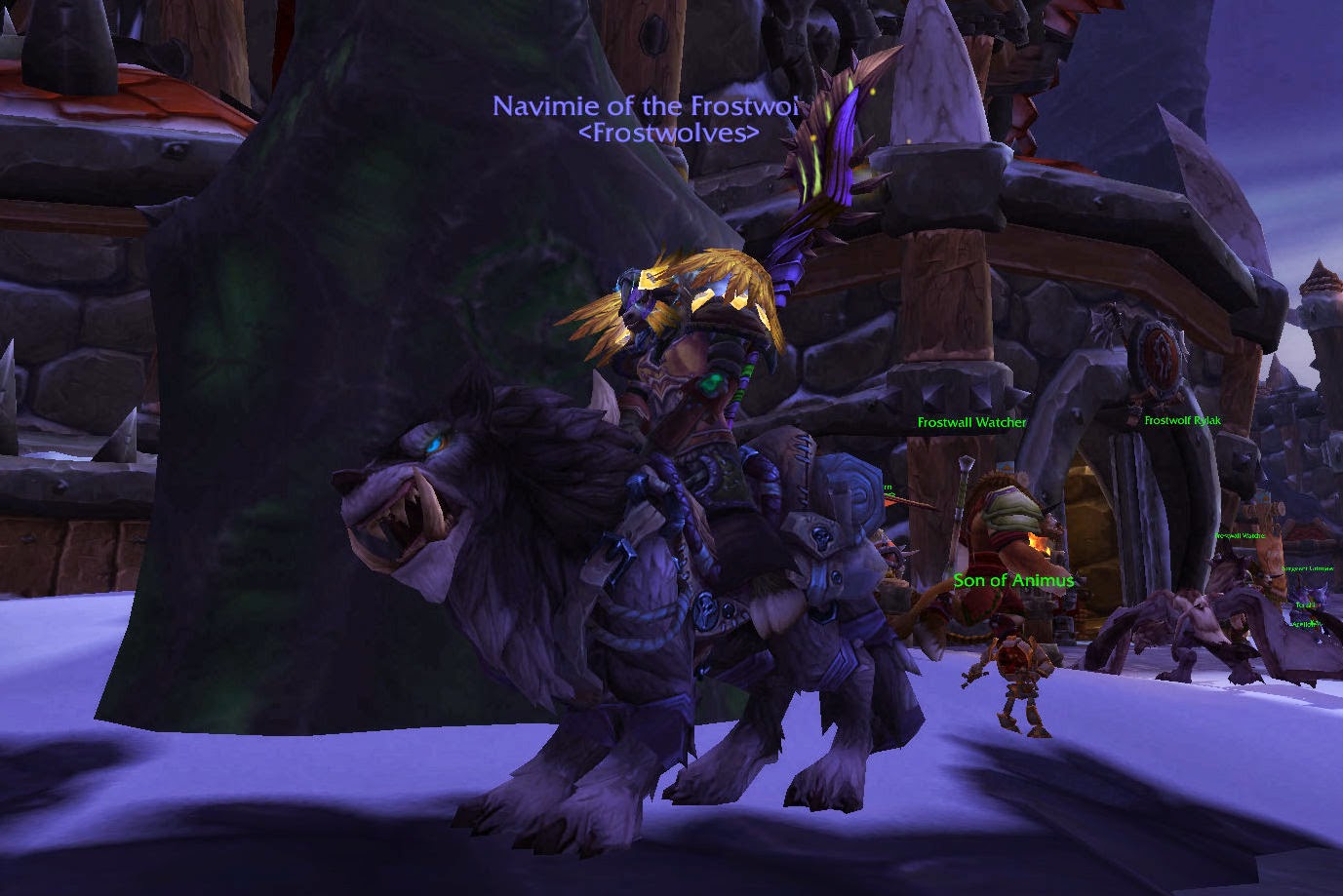 Luxy teased me.  She said it was typical that I would get the mount when I am the one who doesn't care about mounts.  Oh, and I also let another wolf out of the bag. This Garn Steelmaw came out of hte invasion bag.  He looks like he's trying to pass a stool! 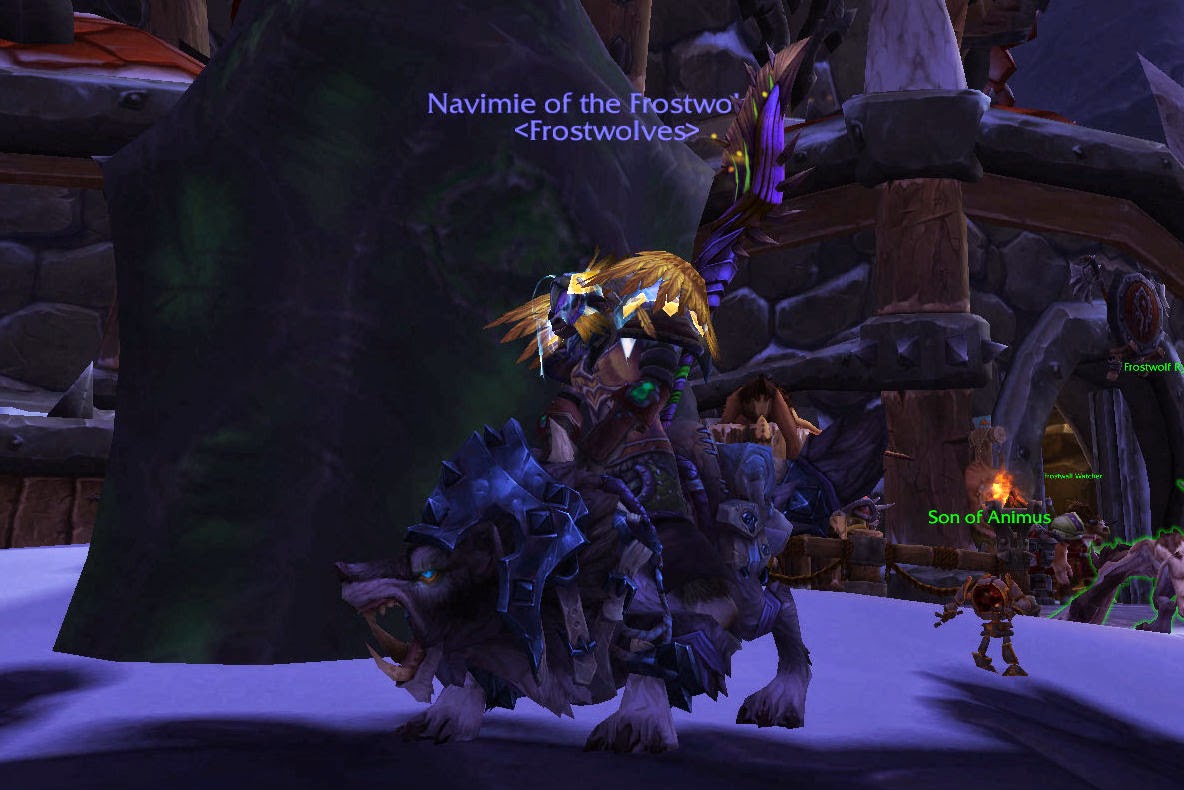 So I went to pick up this new Swift Frostwolf mount. I don't think there is such thing as too many wolves.  This silvery grey colour is not bad, I like it. And here I am sporting a Frostwolf tabard as well.  I think I should make a new transmog for the occasion! 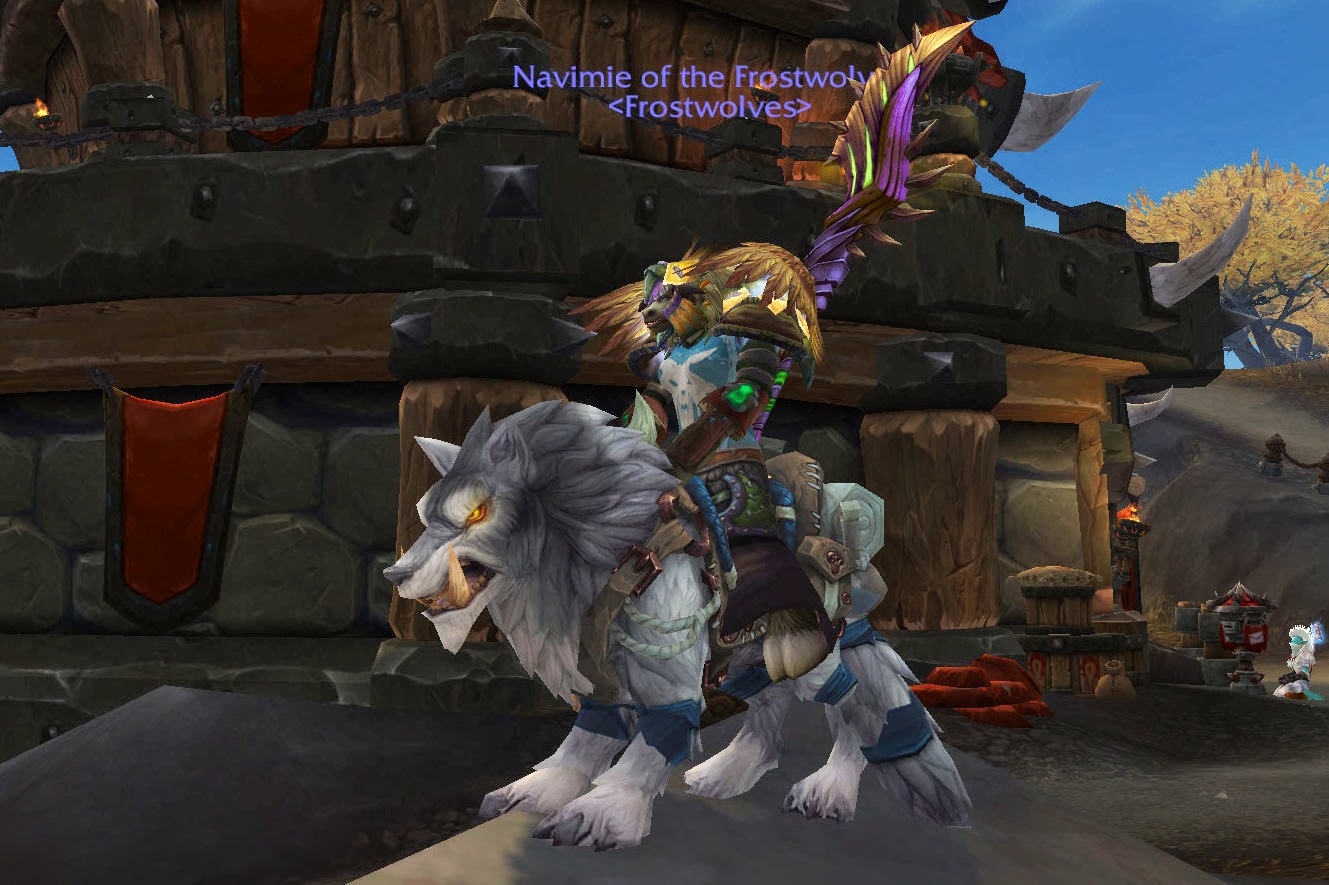 Darn it, I still forgot to get my Frostwolf Pup out for the picture. But Durotan doesn't seem to mind. 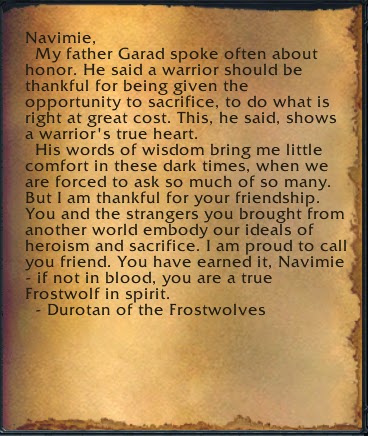