What I would put in a World of Warcraft gift crate

The other day I got an email which I thought was another spam message - after 5 years of blogging there are a lot of weird emails coming through who are either asking you to write for their websites or promote theirs on yours, or read their articles and relink them.

This one was talking about Man Crates.

It turned out it wasn't that at all. They were wondering if I could write a blog post about the key ingredients in my own history of gaming nostalgia.

First, I went to investigate their website. There were no suspicious links in the email so I just went to Google searching for Man Crates.  And it turns out, it's a totally legit website.  And their gifts are actually REALLY COOL.

So the premise behind their business is that these are gifts for men.  No boxes and ribbons, but crates, complete with crowbar, so they can have fun opening their gift.  Now THAT was cool. And they had some VERY COOL crates.

Check this out. A BACON crate!

And this - a Zombie Survival crate...

Only in the United states would you see a full on Gerber Machete inside a gift.  NOT A TOY! Probably OK for the camping person in your family... but hey I suppose there are knives in the kitchen too...

But hey, look they even have Retro gamer crates!

In all honesty, I wish I had found this website BEFORE Christmas.  I know a few people who would have thought these were rather cool!

So, back to the original question - what were the key ingredients about my own history of gaming nostalgia?

My gaming history has dust covered but fond memories of playing my Atari console with my dad and sister with classic games such as Space Invaders, Pac Man and Frogger.  I always had sore hands from playing with those joysticks (and we used to break a few every now and then), that you sometimes would need a bandaid to stick on those joystick callouses or one of those squeezie balls to remember what it was like to feel something yield under your white knuckled grip after you'd been clutching a hard unyielding piece of black plastic pressing a button in the top left corner until your eyes went square!  But those are a child's memories.  My memories now are when I was all grown up, living on my own and nobody to nag me about the empty chip packets and soft drink cans that sat around me as I indulged in some solid gaming time, listening to my favourite music!

So why was this company asking me to write about my gaming memories unless..... Oh my, unless they were looking for some cool ideas for a NEW CRATE!

So if I wanted to create a Man Crate for a gamer (and especially a WoW gamer), what would I put in it?

Well, a WoW gift pack would probably go well with some sort of shirt advertising my gaming nerdiness.  A WoW themed shirt or a Blizzard one would do just fine.  This one is from Jinx.

Aaaand... you need music for those long hours of farming when you're not on your headset chatting whilst raiding.  People's music choices are individual but you know, I don't have to sit there listening to Rev Theory or Linkin Park (and music is personal so it's hard to gift) - computer games themselves have AWESOME music (that's why they PAY people to make cool music for them) and there are some classy looking compilations of video game music out there.  These ones I particularly like, which is played by the London Philharmonic Orchestra, with soundtracks from Elder Scrolls, Skyrim, D3, Metal Gear Solid and Call of Duty. Who says guys can't be classy and listen to instrumental music?  Can even use it as dinner music if they're trying to entertain their ladies - I am sure certain girls will be impressed, and other non-educated ones will just wonder if it's music from a movie or something. 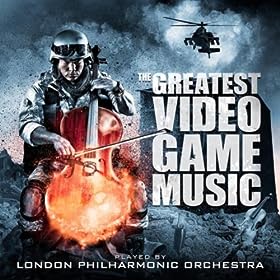 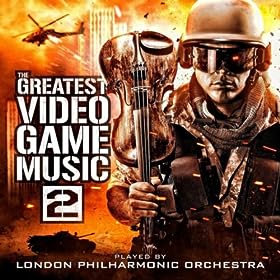 You have to eat when you're sitting in front of the computer. Can't be sticky or make your hands dirty because you're using the keyboard and mouse, so chocolate and lollies are good. I would say Nerds, Jaw Breakers, M&Ms (bucket is best), Skittles (OMG I did not know they came in a bucket). Maybe not two buckets... that's way too much sugar. If I had to choose... I think I'd like the Skittles bucket. Besides, the bucket doubles as a trash can for next to the computer when I can't be bothered to walk to the bin (when the bucket's empty, of course).  And I think there should be some kind of bacon snack in there too.  Bacon popcorn that you can microwave sounds good. Pity you can't get that in Australia.

And men don't play with dolls but they will accept them if you call them a Collectible Figurines. These Pop Vinyl things will do just great! These ones are from Jinx.

I think it needs three WoW things to be able to label it a "WoW" gift.  Something else small needs to be added.  And this glass drink bottle is multipurpose and you HAVE to stay hydrated next to the computer, after all. And nobody says you have to put WATER in it.  You could put some caffeinated substance in it... or just fill it up with beer... or spirits.  It is GLASS after all. And glass is definitely for drinking alcohol.  Or milk.  If you're not into the whole alcohol thing.

So that's my idea for a WoW Man crate. Probably a little pricey, but hey, for that man in your life who's hard to buy gifts for, it might be the thing for you. And hey, even girls would like this crate! Well, I certainly would. (Of course I would, I designed the bloody crate!)

Though, if I was making the crate for myself I don't want a pop vinyl.  I want a plushie.

What do you think? Got some better ideas of what should go into a WoW gift crate/gift pack? I look forward to hearing them :D