Warlords of Draenor and Frostwolves Pride

There has never been a better time to be a member of Frostwolves. Joining up with Durotan and the Frostwolves as they combat the Iron Horde has been amazing. Siding with the GOOD Orcs, and seeing their love of family, their strength and their honour - what TRUE Orcs should be.  I mentioned in my last post about being excited when Khadgar said "To the home of the Frostwolves!" 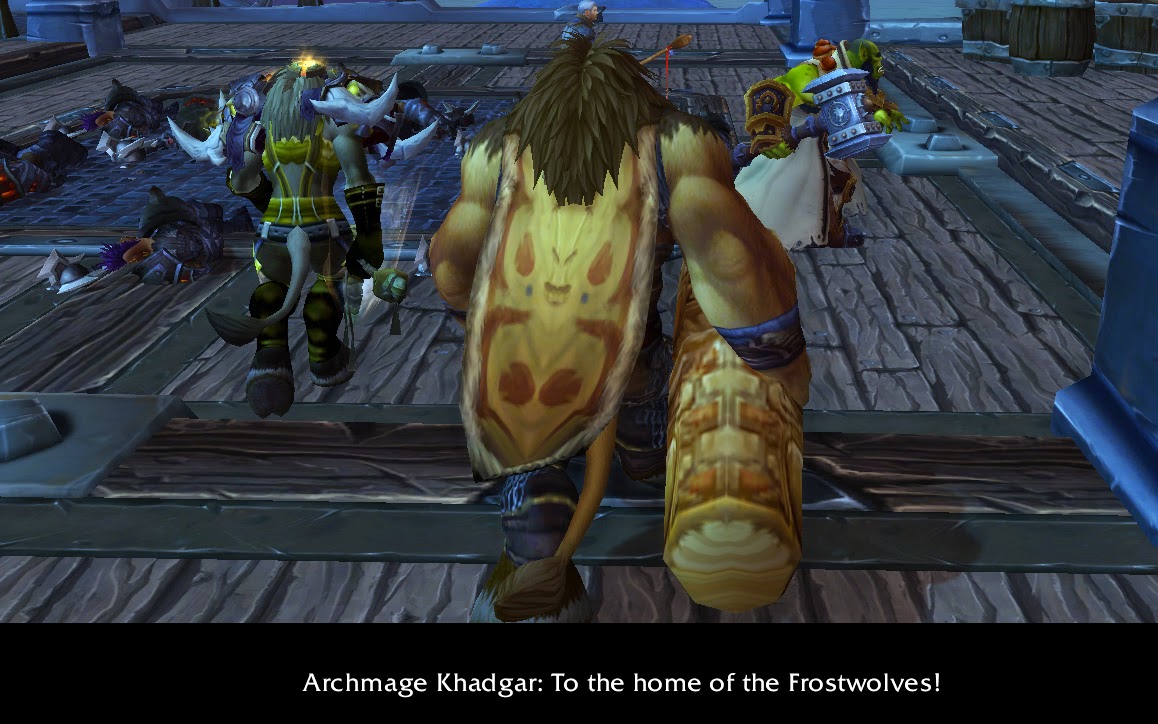 It was awesome enough to see Durotan and Draka, but I am happy with how Draka has been portrayed - I am unsure if the community uproar about portrayal of females in WoD had something to do with it (a lot of people said it was, but I was hoping to have faith in the writers themselves because maybe they had planned the characters that way all along). I looked everywhere on the net for a transcript of an amusing exchange between Draka and Thrall and couldn't find it, but fortunately my dear friend Kamalia managed to screenshot it! 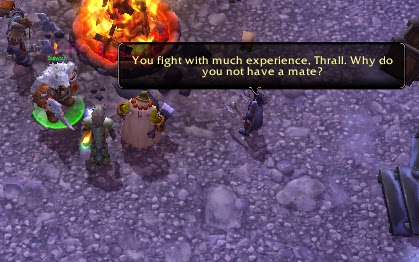 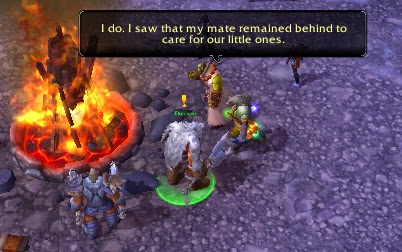 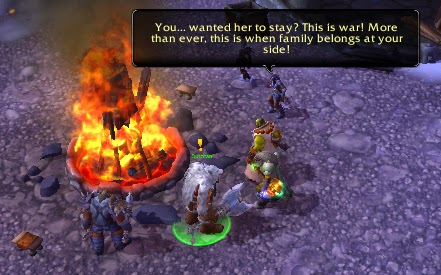 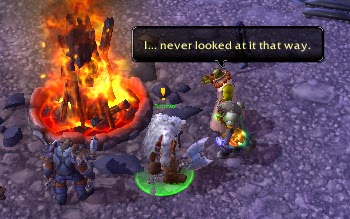 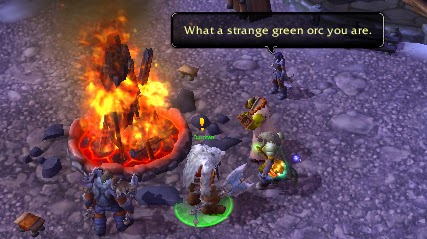 Draka: "This one's mine."
Durotan: "I'll be waiting."
Draka: "Come back me up, Navimie."
Malgrim Stormhand: "Look at this cute little puppy you've sent me Durotan! Does she know any tricks?"
Draka: "Yeah. A few."
Malgrim Stormhand: "Come here puppy... I want to play FETCH."
Draka: "Well if it will make you happy... THEN LET'S PLAY!"
Malgrim Stormhand: "Draka... come join me in the Iron Horde.  Lose that armour and settle down with a REAL man."
Draka: "A real man treats his mate with respect... and he would have caught that axe."

I think that last line was edited - I don't think it was in the beta!  And you know what - Malgrim should have said "with a REAL orc," not man. Just a minor note.

Hearing our guild name constantly throughout Frostfire Ridge was not only making me feel kinda chuffed, but also I felt like how this expansion was OUR expansion - my whole guild's expansion! Look at all this Frostwolves stuff!  The banners! The pets!

But all of the battle cries of the Frostwolves including "For the Frostwolves!" and "Never leave a wolf behind" have all been rather stirring, and I think that I and a number of other guildies will adopt a lot of those quotes into our guild banter and greetings!  Other great lines being said by Durotan include:


But I'll end this post here with a line that sums up pretty well what our guild is about.

"A family is like a pack of wolves.  When all play their part, the pack succeeds.  When they do not, the pack fails."

Of all the expansions, this one will probably be my favourite - not for the amazing content, the quests or the garrisons, but because of that amazing feeling inside, warm yet goofishly nerdy. I'm sure many of my guildies agree - there is no better time in WoW to be a member of Frostwolves.  FOR THE FROSTWOLVES!!!