New stuff at Darkmoon Faire - and everyone and their pony is there going for Brood of Alsyrazor and getting their Blazing Wings - one of the toys for the toybox.

I saw the new daily and went over to try it, not really knowing there was an achievement for it.  And I thought how the hell do I get these stupid rings, they're so far apart... 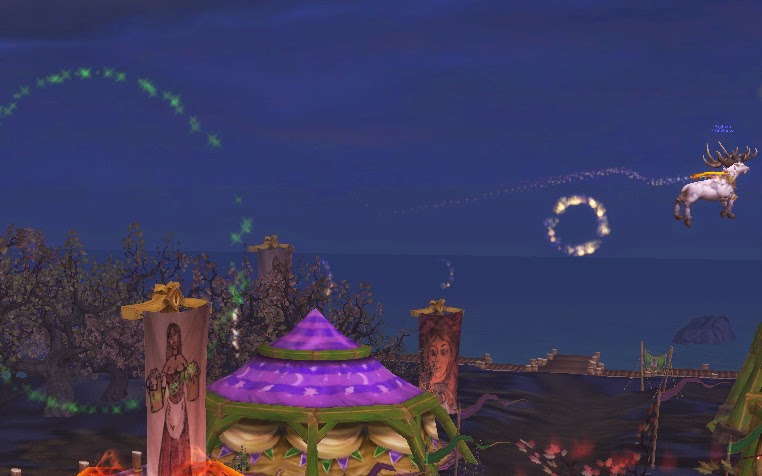 Apparently it was bugged.  Rings are supposed to be individual, not shared, so it was pretty hard to get all the rings and the achievements because people who started before you took the rings and you couldn't get any.  I managed to get 10 in a row, but that was it.

Luxy told me that they were going to hotfix it but in the meantime people were trying it flagged so they didn't have to share, and also doing some funny things with logging out as they're flying up and falling to the ground and somehow spawning more rings... it all seems a little bit too hard for me and I thought I would wait till later to try the Firebird's challenge.  I didn't have to wait long - by Tuesday it was fixed and I could do it. 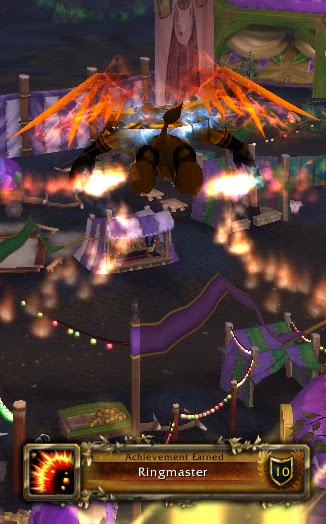 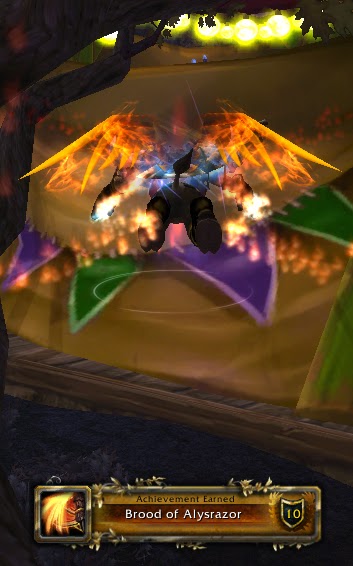 Even HK came and did it with me.  Here we are showing off our new toy. 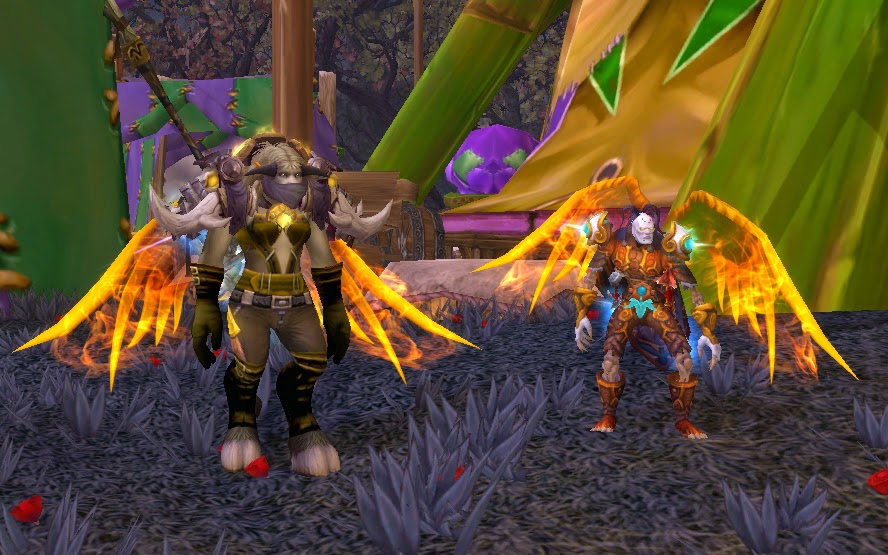 And Luxy and Crooked took me out to kill Erinys - I was surprised at first, but my friends reassured me that it was an NPC, not my friend over in the EU.  I had originally thought that this NPC was a tribute to my friend , but Luxy told me that Erinys is a play on Erinyes, the Greek Furies.  It drops a quest item but the mob itself is a level 100. 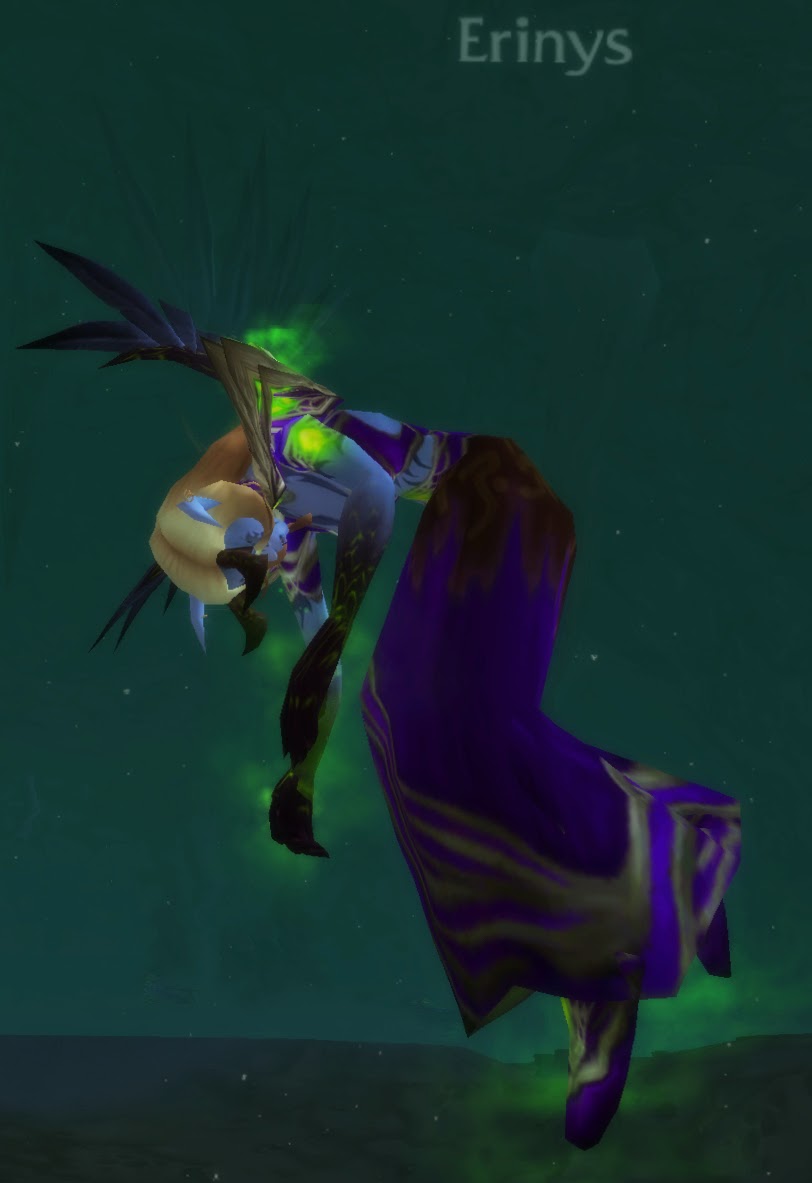 OH! With the new latency I can actually do the shooting gallery much faster - I had never done it in one go with one token before but this was the first time!  Yay!  Even hitting the gnolls was better, faster. And I can actually do the Blastenheimer Cannon now!  Wow, so this was what I was missing out on all those years.

And of course, the new pet battler, Cristoph VonFeasel.  He is bugged for me, I can't see him, all I see is the horse!  So I stole a picture from Amanda Meurling's post on Blizzpro about him:

From his bag you can get Syd the Squid (which is his pet you battle first).  His other two pets, Mr Pointy and Otto, are beasts.  They weren't too hard to beat with the right team, and I've seen a lot of suggestions for teams on the interwebz. I used my Mechanical Yeti, did a Lightning storm, switched to Clockwork Gnome and put out a turret, and then punched him till he was dead.  Mr Pointy's shield negates the damage from the turret so I punched with my Clockwork Gnome till he died, then back to Yeti and Lightning stormed the last bit of health off (I used Zap to get him till almost dead).  Then I zapped that damned cow Otto, and didn't use my Ion Cannon till after he healed with feed.  I had my Lil XT ready to hit that cow just in case, but fortunately didn't need to do use it.

Don't forget those toys!  I had a Darkmoon Whistle which I got from a Darkmoon Prize reward previously (and chucked out) when I wasn't collecting for toybox. So I bought a new one. And of course, later that day I got another one in another prize reward box. TYPICAL.  Soulbound crap.... Then you have the Flimsy Yellow Balloon and Haunting memento which can also be bought from vendors.

Moonfang, however is level 100 now and hard to do.  So is the Darkmoon Rabbit, I believe.  So I shall have to leave those things until the next Darkmoon Faire where I SHALL be level 100!
Email Post
Labels: Achievements darkmoon faire pet battles