Art Commission - How Coolidge sees me

Coolidge has been making a lot of headway on his artwork over on Palidoodles, and I asked if he could do something for me.  He asked me what I would like and I made a rather odd and difficult request, which is fraught with danger!  I said I would like him to do something that he wants to do - if he was drawing for himself, and he was going to draw something about me... that's what I want him to draw for me.

Of course he was worrying about it, but I assured him that if he liked it, I would like it.

And this is what he came up with.  It was not what I expected and I really REALLY liked what he thought of me. 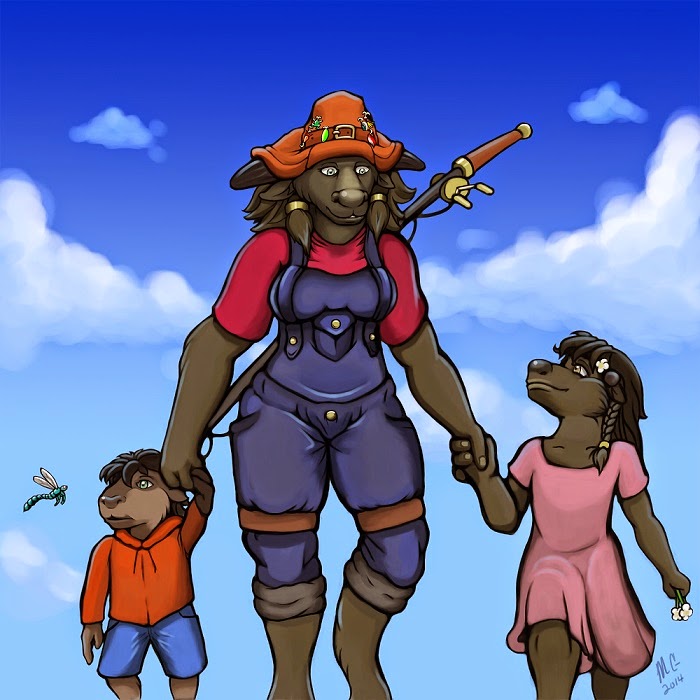 Who would have thought he would think of me as a mother and in my awesome fishing outfit!  Oh I can't wait to level fishing in Warlords of Draenor!

Thank you, Coolidge, I love my new picture and I showed it to my kids and showed them who they were :D  If you would like to commission a pic from Coolidge, you can check out some info here.
Email Post
Labels: art commission