Raiding - Now's the time for cakewalking!

I know it's fun to have an easy time but Crooked said to me once that sometimes nerfs can be depressing.  That boss we were struggling was no longer a struggle.

Fortunately this week we are down a healer so having less healers was good for once.  I told Morz he could log in later but he logged in on time so off we went with me and Morz with Aimei tanking.  Morz went DPS and we told everyone we were going to try Zerg strat.  We were one over and Alca sat out so Duck could go.  There are some youtube videos of people killing it in 30-40 seconds.  We had our first attempt and we wiped with 3million left.  Even I was doing some DPS with Heart of the Wild.

We had a couple more goes and got it down at 1min 20 seconds.  I had to stop and start tranquility and actually HEALING, and do a Battle Rez.  I could not believe that it could be done that way!

Then it was onto Paragons, what we had been bashing our head on for ages. And they melted like ice cream on a warm day.  Only a few attempts and we had it down.  People were still moving with their red lines which was ugly the first time and also the Paragon who does the wind spinning thing (haha my wonderful descriptive language and epic boss fight explaining skills are showing!) took out a LOT of people. 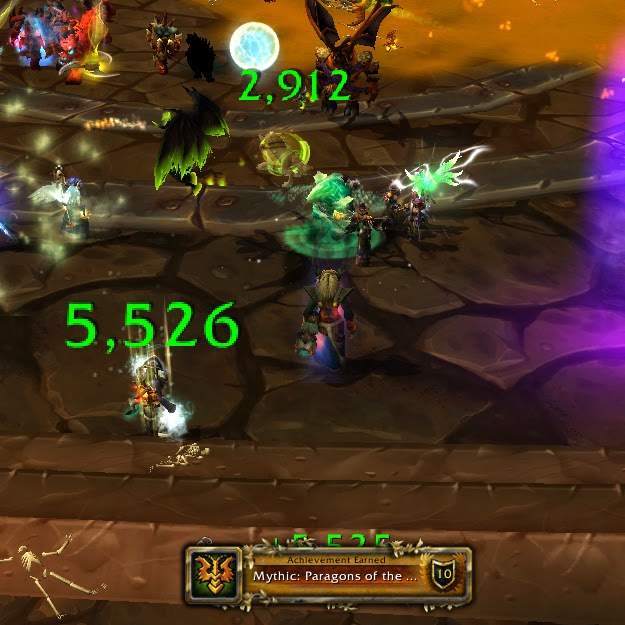 I am feeling a little weak without some major burst healing in bad times - shrooms used to fill that nicely and I notice it a lot now without my bloom during things like Whirling corruption or standing in the weapon and people are slow to smash it down.

People are excited for Monday. Exray says we need to do the Jade Temple transition better, because we are too slow.  Getting the buff thing is annoying as well!  You can actually live without the buff with some healing, but if you're not geared well it hurts still.  Anyway, 2 hours to bash at it on Monday.  We shall see!