Navispam: Is there a Doctor in the house?

I have followed Doctor in Progress for a long time - she seems to have so much in common with me. She's not a people doctor though - she's a vet doctor but when I read about what she's doing, animal medicine really is just like human medicine at times!

She also plays a druid as her main.  As a healer.  And she raids, arenas, chases achievements... and writes a lot about her guild and whatever is going on.  She also visits my blog from time to time - but she rarely puts pictures in her blog so it's actually quite hard to figure out where she is.  But on the day she got Garrosh, she put some pictures and I finally got what I needed!

I dropped over and she was there on an alt raiding - however I was heading to work so I couldn't stay long and had to leave, but I did promise to return.  My lowly level 1 got an invite to the guild so it would be easy for me to find her.  It took me a while to get the time to do that, but I finally managed to get back and see her online :)

She was in the middle of arenas, so I snuck in some time between games to say hello! 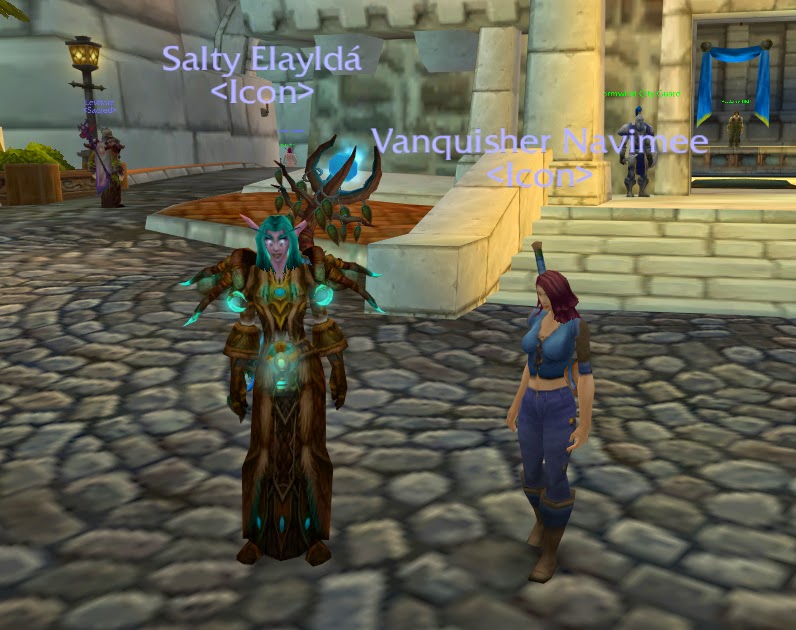 We had a peruse of her favourite mounts and pets. 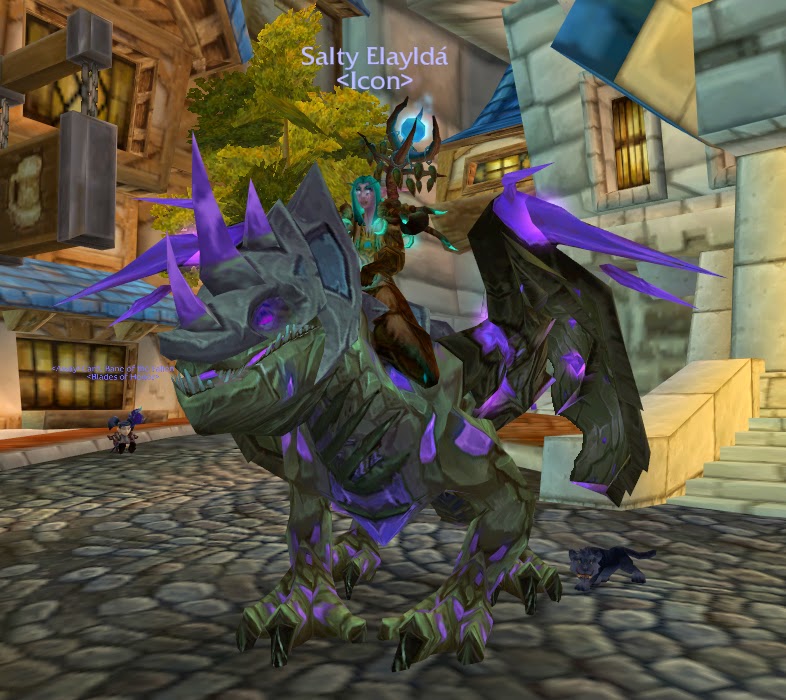 We talked about what she'd like to do when she's done - she said she'd rather be a city vet than a country one - and I mentioned how I really liked all her vet school quotes that she puts in her blog.

Her writing is so easy for me to read - her blog is a chronicle of what she's been up to in game, which is what my blog is mostly about.  She has a great relationship with her guild, and she has a good group of friends that she arenas and challenge modes with.  I always love seeing people being happy playing the game we all love. I saw she'd been doing some achievements which I haven't had the time to do and I was green with envy :D

When I nominated her for a Liebster award, it was a great opportunity to get to know her better.  Self centred little me was chuffed she mentioned me as one of her fave blogs (right up there with Big Bear Butt OMG - though that might have been because I nominated her... but who cares? Yay someone likes me!).  I had imagined as a vet she would drive a 4WD/SUV or a ute and she did say that she had a Mazda Tribute.  But I would never have imagined she liked sappy stories and got embarrassed for the characters sometimes!

I was highly anxious during the period we were chatting because I know what my arena teammates are like when I get stopped by people to talk to them - they are itching to get going!  I saw she was running hunter warrior and resto druid - and the worst part is, in my mind I was trying to figure out how I would play against that team (much like I do when I think about Luxy's disc priest, rogue and destro lock team) - when really I should have been concentrating on what burning questions I wanted to ask!

My main question to her was about her raiding.  In her blog posts she had been a bit disgruntled with how the raids were going and I wondered if it meant she was leaving - even though she seems so close to her guildies.  She said to me that she was definitely not leaving, because she really loved her guild.  Which was reassuring because that seemed to fit in better with my image of her - loyal, determined, hard working.  And after meeting her, my impression has not changed.   Thanks Elaylda for letting me Navispam you!