Guildies: Lom and his Garrosh kill

Poor Lom has been sick or working so we hadn't seen much of him so when he started coming back online I had to remind him and everyone that it was Lom's turn for a Garrosh kill.  We're slowly getting everyone in the guild through!

After we finished stuffing around with Thok we switched to normal and brought Lom in.  Poor Lom, he knows the fights but he just doesn't have the health to live through some of the heavy damage mechanics. Like Thok in phase 1.  We were trying to see how far we could push and we only got Thok to 30% - was hoping for sub 20%.  But it was too much damage for Lom and he died.

Siegecrafter went relatively smoothly.  Tensai was neck on neck with me for healing if not ahead - I am starting to feel like the redundant healer in our raid composition - and I died more than Lom on Paragons trash, which was embarrassing as I was just telling Lom not to feel bad for dying on trash (and he didn't die on the first trash).

When we reached Garrosh I whispered him to just stay alive during the dream phase, and not to worry about DPSing.  He said ok.  Then Aza piped up in raid and told Lom not to die until phase 3 so that Aza could farm him for embers - our lowest health raid members are often killed by Aza chaos bolting them when they are MC'd in Phase 3 that it's now a running joke (and now fact) that lower geared members are farmed by Az in phase 3 for embers.  And Lom did really well - he lived right till phase 3 and only Luxy died I think because her health got a bit low in dream phase and I was a bit slow on healing her up (and I had my lifebloom ticking on Lom for those dream phases so he could live).  So, phase 3 came around, Lom got MC'd and instantly killed by Aza and then yay achievements all round for Lom! Heh, he even thanked me on Twitter, which was totally unnecessary - we were getting there eventually! 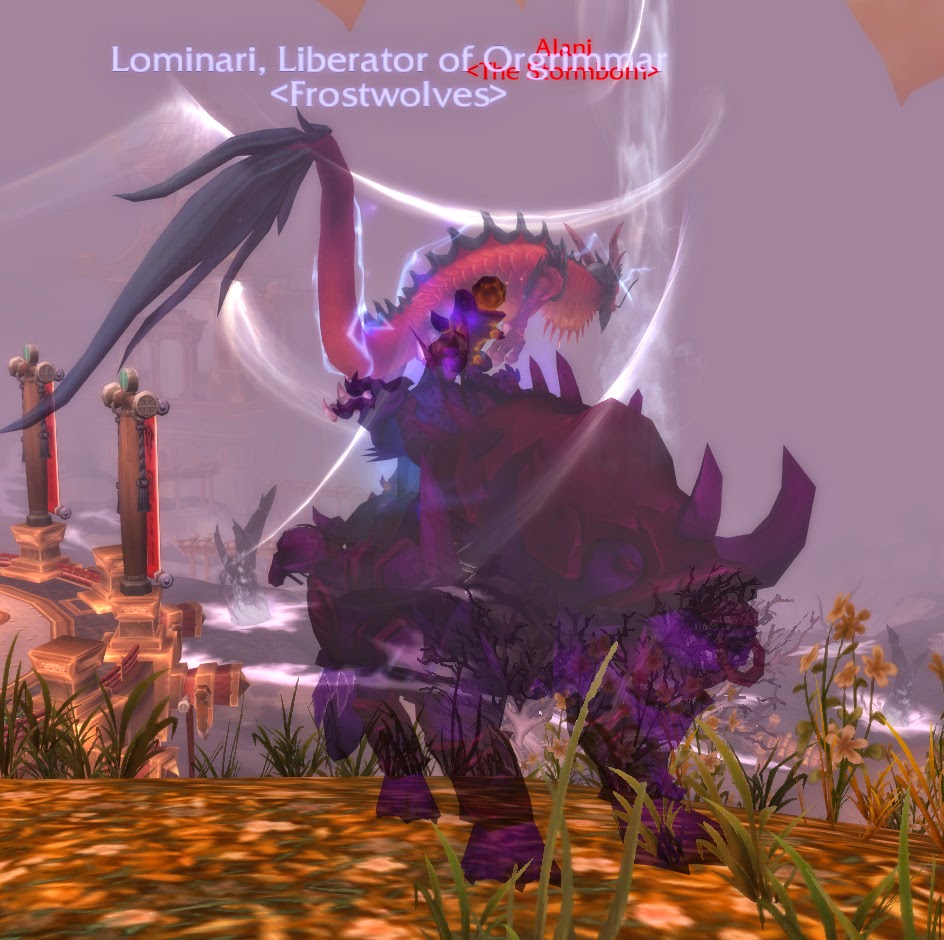 Why he was in shadow when I took this pic I hae no idea.  But Alani photobombed me (I thought about Cymre when I saw this pic).  Grats Lom!
Email Post
Labels: guildies