Frostwolves cleaned up in Thela's ROYGBiV transmog competition for April with YELLOW!

Thela announced that she had 2 winners this month and Dragonray and I walked out with the prize! 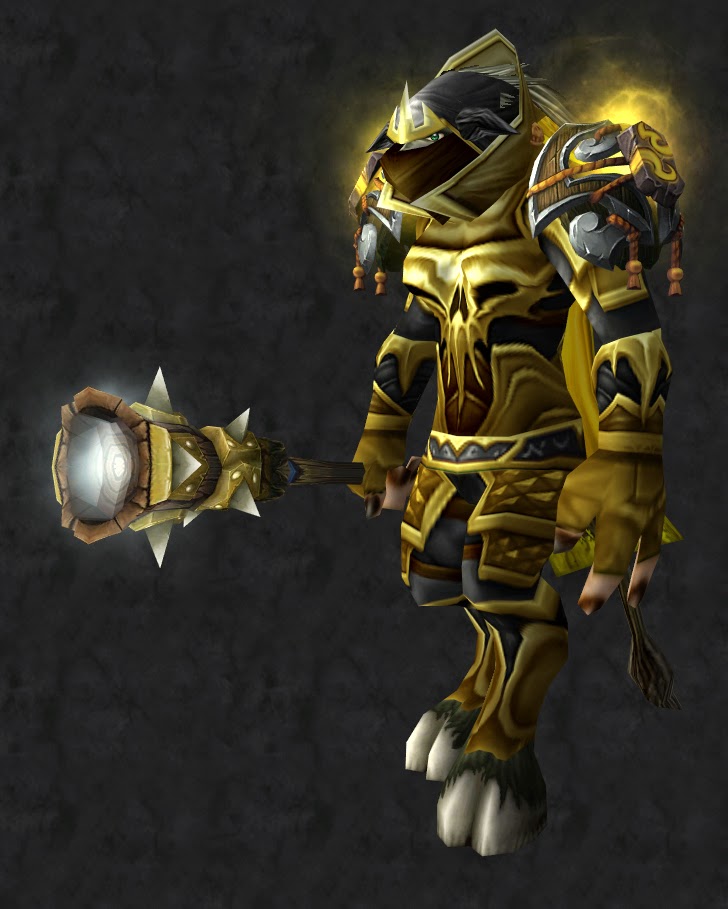 Now of course, I was entering for fun, not for the prize and though I wanted to give it back, I remember when I had a competition and the winners didn't want their prizes.... I was feeling a bit bummed about it and wished they would just take the prizes! So I accepted the prize and I thought I could keep hers and give my own one away - then I realised that you can't cage the things!  So I had to bestow it on someone - but who? And I saw the perfect excuse to do a Navispam - I would give it to Prinnie because Prinnie doesn't have one!

I checked the time and it was KINDA around the time that the OLRG runs, but none of them were doing a run.  So I asked Matty if Prinnie was on - as luck would have it, she was!  I knew she had toons on Wyrmrest Accord Horde side, but I only know one of her toons.

Anyway, over I went and there she was!  I said hi and told her who I was and asked if it was ok if I could take a pic!  Prinnie was so gracious and said yes :D so she flew all the way to Thunder Bluff and dragged Repgrind with her as well.  Rep was there too on her shadowpriest so I made her stand in the pic too.  Or should I say him.  Rep always plays boy toons. 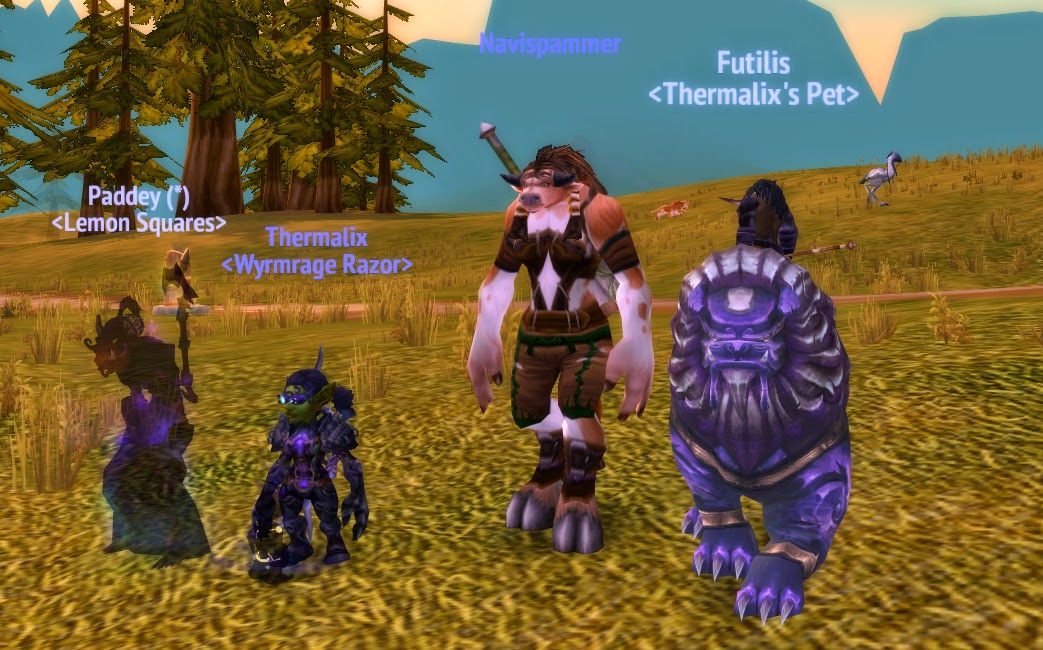 So I told Prinnie that I had something for her, as I saw she didn't have one and she seemed to really appreciate it!  I was glad - I could feel good about winning and I could give the pet to someone who won as well!  But I will rename my Soul of the Aspects some yellow-ie name in honour of the gift that Thela gave me.

I asked Prinnie about her avatar, because I didn't understand the significance of it.  She told me that it was a Prinny head, kind of.  Ok, I had to go google that.  A Prinny (プリニー) are a fictional race of creatures in Nippon Ichi's video games.  They look like little penguins.

She told me her first Animal Crossing town on the Wii was called "Fort Dood" and so she made a pattern in it with a prinny on it.  And that's how she ended up with that.  Well, there was my burning question answered! :)

I had to go because it's that time of day when family and children demand my presence so I had to go, but at least now I know where to find her.  Thanks Prinnie for letting me visit you and also big thanks to Thela for choosing my outfit as a winner so I had a good excuse to go and Navispam Prinnie! :D