I'm excited this week because Leeta from Behind the Avatar has asked me to be on her show!  Her podcast is as the name suggests - she is interested about the person behind the WoW toon and what makes them tick.  Oh god, I have to try my best to speak clearly and calmly and not say so many "you know" and "ummm" and "errr"... I don't know how these podcasters do it! Leeta is a very busy bee - she not only has Behind the Avatar, but she also cohosts Geektopia, CtrlAltWoW and Corpse Run Radio podcasts. 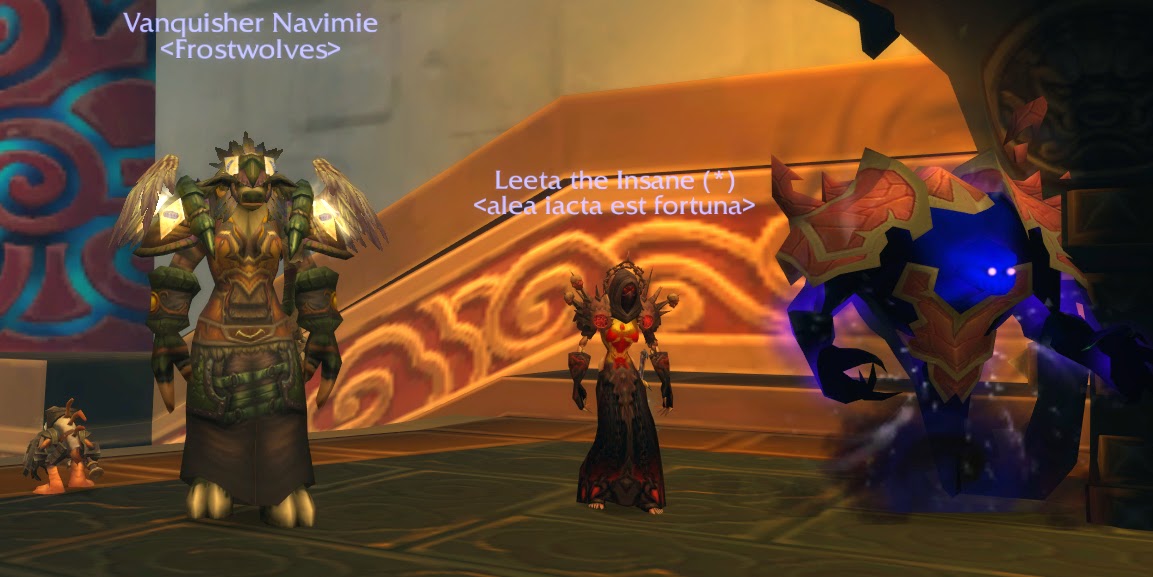 I remember when I first met Leeta - it was on Twitter, and I was introduced by Amijade, I think.  The funny thing was, Leeta was another AIE member, which brings me to a grand total of 3 people I know in AIE, all of whom are warlocks. LOL.

Leeta loves doing things which are HARD.  I see her there with her insane title, and she's doing her Gonna Need Bigger Bags achievement, which is another of those things I've put in the "too hard" box.  I told her that I had only recently discovered she was Aussie, which was rather stupid of me since I had listened to her podcast before but the penny just hadn't dropped until I listened to her interviewing Moogyver and I realised - hey they all have the same accent!!

Leeta says that WoW is her only MMO and she does so enjoy this game.  I can relate - after all it's my only MMO and just about the only thing that I play really (except for android phone games like 2048 and Candy crush) and I still love it.  She told me that she is totally addicted to coffee - but I knew that from her twitter LOL! 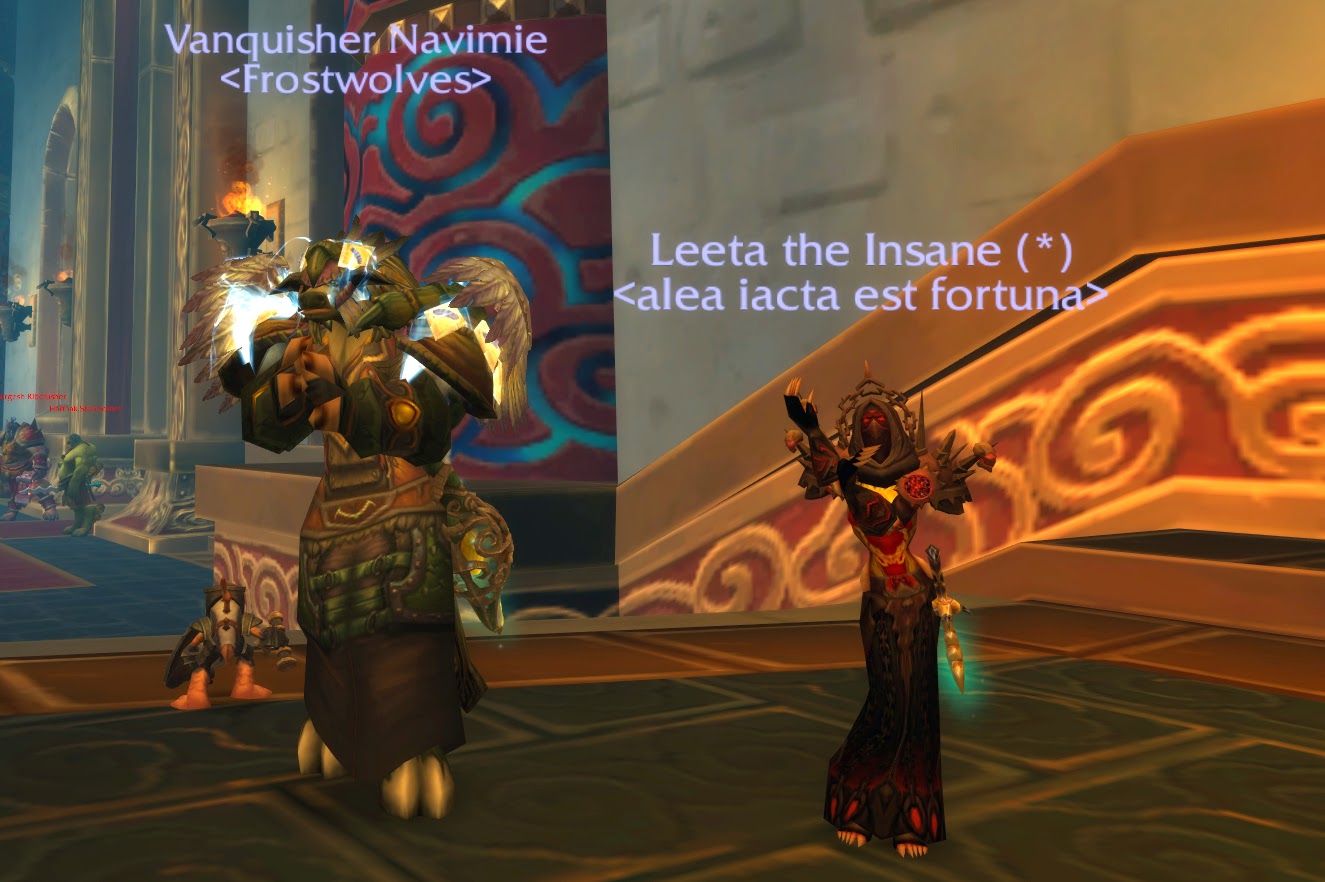 I look forward to being on her show on Saturday and guys, if you listen, don't laugh too hard as you find out all the stupid things I used to do in WoW and about how I play and if anybody does an "umm" or a "you know" counter, don't tell me if it's over 100, ok? :D