In one of my general discussions with Kyxyn, we started talking about Tinkerbell.  We both have daughters of similar age, and so we often share what our girls have been doing or what has interested them lately.

The latest Tinkerbell movie, The Pirate Fairy, was released recently and we had both seen that.  Watch out, spoilers incoming! (That is, if you intend to watch this movie and I can't imagine that many people would). 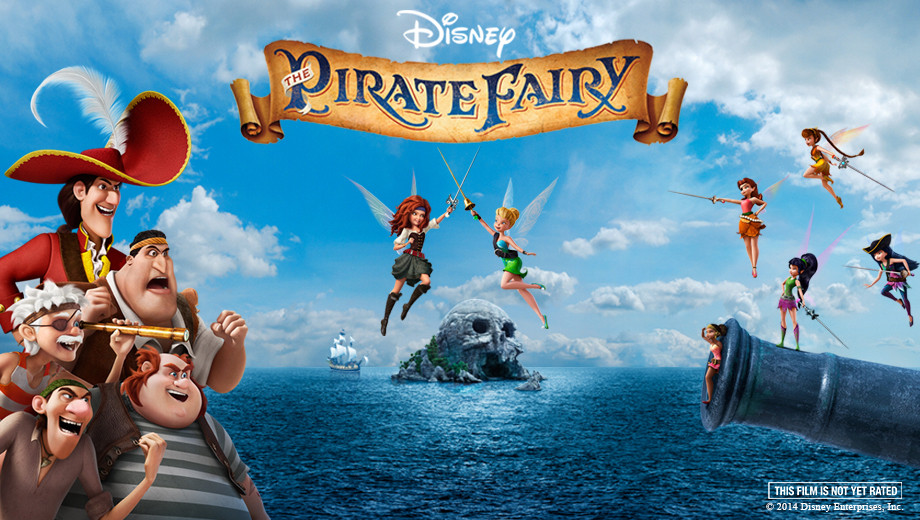 Zarina is a dust keeper fairy with a thirst for knowledge - she wants to know WHY pixie dust works and why there is only blue pixie dust - why not yellow, orange, pink or purple?  She experiments with the pixie dust after being told explicitly not to, and ends up causing some major damage to Pixie Hollow. She is then relinquished of her dust keeper fairy duties and she leaves Pixie hollow to forge out her own future.

She returns a year later during a large fairy celebration, and puts everyone to sleep, and steals the blue pixie dust cache from the pixie dust tree (blue pixie dust regenerates the pixie dust tree so it can keep making pixie dust).  Tinkerbell and her friends manage to avoid somnolence and take up the chase, and Zarina evades them by throwing a rainbow of pixie dust at them, which causes them to switch their talents with some amusing results.  It turns out Zarina is working with pirates who want her to make their ship fly so they can go plunder more people.  Once she creates the pixie dust tree, she is captured by the cabin boy, who was pretending to follow her all along, who turns out to be none other than the young James Hook - the future Captain James Hook (voiced by the dreamy Tom Hiddleston).  Tinkerbell and her friends rescue and forgive Zarina and they foil Hook's plans and return to the celebration and Zarina's talents with pixie dust are recognised and applauded.

Kyxyn said that Zarina was great - she had an inquisitive mind, and a thirst for knowledge and the WHY of things, that he said it was difficult to cultivate in his students - he WISHED that his students showed more interest in the pursuit of knowledge and science, which itself is a noble thing.  I could see his point of view.


I, however, had a different view of Zarina. I didn't like what she did at the beginning because it was dangerous - she had been told specifically not to do it and yet she did it anyway.  By sheer luck, nobody was hurt.  She left and she did naughty things - stealing from the pixie dust tree - but in the end all was forgiven because she realised the error of her ways.  For Kyxyn, in his line of work, Zarina's zest and enthusiasm is something to be encouraged - in my line of work, working like that is dangerous.  I work with patients, and it is highly unethical to be experimenting on people to learn new things, even though it would give you a great deal of knowledge.  New knowledge is a great thing - but at what cost?  Brilliant research came out of Nazi Germany in areas such as hypothermia and subsequent resuscitation, but at a great cost to humanity.  So I have an aversion to people doing secret experiments that could be dangerous, and to me, this was an example of that.  But isn't it interesting how both points of view can both be right?

I do think that Disney fairies are much more inspiring than Disney princesses - because teaching kids that its cool to be a tinkerer or an engineer is way better than teaching them to be a princess (Come on, really, what do princesses teach my kids about being useful in society). And also the fairies all work!  They have different jobs, they work hard, and they work together!  And with Zarina now and her Pixie dust Alchemy - hopefully my kids will see that and think it's cool to become a scientist, and learn about theories, and experimentation and wanting to know the WHY of things!  Kristen Rutherford at Nerdist sums it up brilliantly:


"I’d rather be a pixie than a princess. Especially when the pixies are working hard, changing the world, and being sassy."

The princess mentality and culture disturbs me because I see many young girls these days whose aspirations seem to be nothing more than to find a man who will treat them like a princess and their whims will be catered for. But though that may be more the older generation Disney Princesses (Snow White, Cinderella, Sleeping Beauty), the more modern princess has goals and dreams (Rapunzel, Little Mermaid) and embarks on adventures to achieve their goals - admittedly, Ariel did it to catch a prince - but if you look at Tiana from Princess and the Frog, who was an ordinary girl who dreamt of owning her own restaurant and worked very hard for her own goals, she ended up with a prince after she taught him the frivolousness of his idle ways and the value of work.  That may be why that princess story didn't end up very mainstream, because maybe people don't LIKE aspiring to work your guts out to pursue a dream! Then you have Merida in Brave, who was a willful princess, skilled with a bow and arrow, but it was a story about a mother and daughter's love for each other.  Then you have Frozen, the two princesses living an idle life of play and staying at home, but at least there was a lesson to be taught in both of these - that you don't need a man to have a happily ever after.  Some good lessons about being good to each other, but not really much about the real world.

When I say this to my husband or my brothers-in-law, they say to me "What's wrong with wanting to be a princess?  Isn't it everyone's dream to be rich and live happily ever after?"  Perhaps it's just me, but I'm too working class - I feel like the best reward are the ones you earned, rather than the ones that are given to you. I value things that I've worked towards, because sometimes the reward is in the journey, rather than the destination itself. And perhaps, that is why fairies are better role models to me because they work hard, see the fruits of their labour, and yet they still have plenty of time for play, adventures and fun.
Email Post
Labels: non-WoW