Sometimes it's hard to remember WHY I put an alt on a server - because I can't remember who I am looking for.  I had this alt on a server looking for Mr and Mrs Wow but I could never find them.  I did a /who for their guild each time I was on EU but there was never anyone on.

One day I was looking at their blog, Mr and Mrs WoW, and I did a battle net search and realised that I was on the wrong SERVER.  /facepalm

So when I went to the right server, what do you know!  Mrs WoW was online!

I wasn't sure if she would know who I was - after all, they follow 1k people on twitter and I am just one of those people, but she did know who I was and was very happy to take a pic with me!  She even got Mr WoW online so we could take some pics together.  We couldn't go many places because of my little starter account, but here in Stormwind was just fine.  I even got to ride on her Sandstone drake!  She tried to port me to the vale, but I couldn't go on my starter account... and I said to her I didn't have 200g to give her either :P

They couldn't stay long because I had interrupted a run through MC and they had to get back to it. 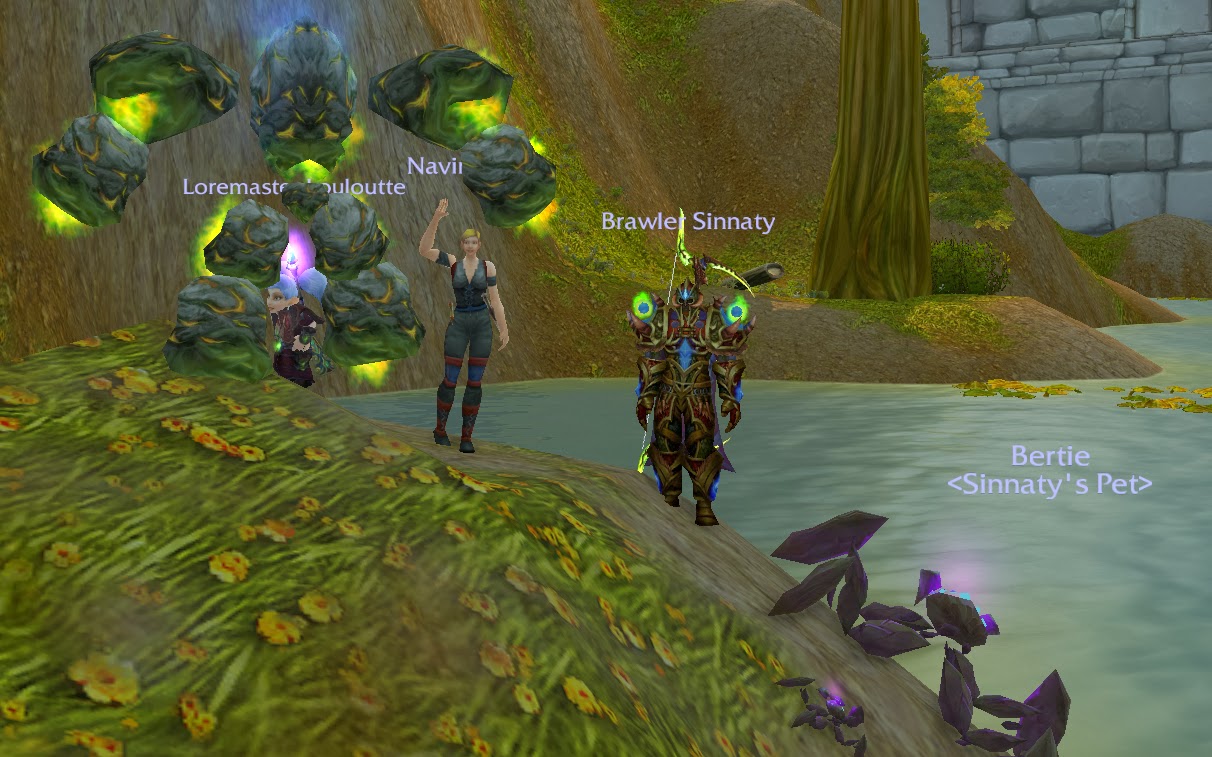 Lovely Mrs WoW invited me to their guild - it was exciting because there are a lot of twitter people on there - hopefully I'll be able to catch one of them online and navispam them too!

I asked if they had met through WoW, and it wasn't one of those met in WoW stories.  Mr WoW had been the WoW player first, and Mrs Wow soon followed.  Mr WoW loved his alts - something I can't relate to - and he had a mind boggling number of alts.

Thank you Mr and Mrs WoW for letting me navispam you!  It was a genuine pleasure :D  SQUEEEE!