Raiding - Ahead of the Curve!


Yay, Frostwolves got Garrosh down!

I always feel like the first few wipes are the warmups.  I felt terrible that when it was my turn to Tranq for the empowered whirl everyone died!  What the hell!  Are my heals that bad?  True, it wasn't a hasted one, but I had used my swiftmend a lot trying to heal - I thought it was probably just because I didn't start my tranq early enough.
It took us 3 goes all up to get it down, and it was really good by the last attempt.  We were doing good on the MCs and we didn't get distracted by tunnelling the boss and it was looking really really positive... I even did my tranq properly... OMG it was 2%... OH NO Aimei died!  But we got it down and there was massive achievement spam! 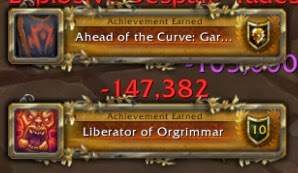 So a title, a mount, and achieves galore.  What's there NOT to like about defeating Garrosh?  At least we got a guild pic! 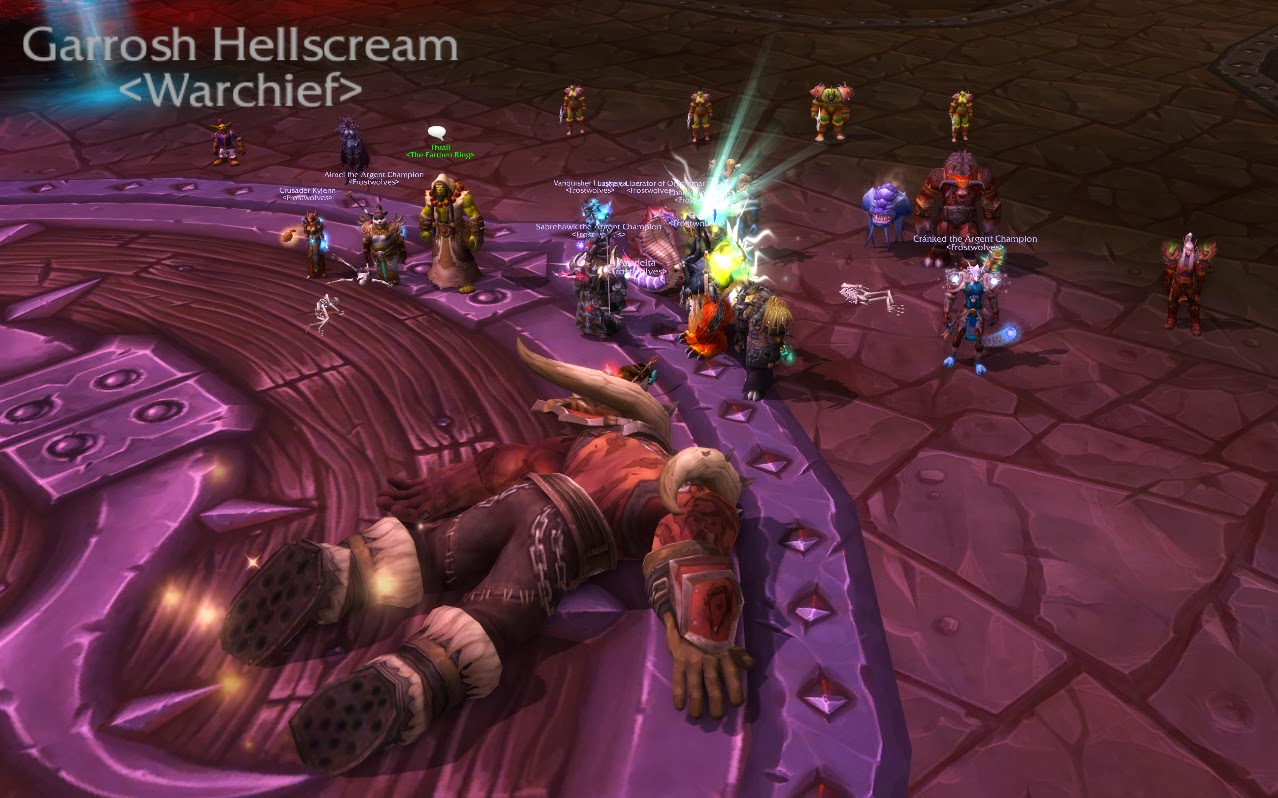 And of course, we got the Korkron War Wolf as well.  It is quite different from the Vicious War Wolf, but it is still a cool mount, nonetheless.  Not that I'm ever going to ride it...

What is interesting for us is that it took us 54 attempts total to kill Garrosh on normal - which is less than the 80+ attempts it took us to kill Horridon, or even Garalon.  I find that really strange - does that mean Garrosh is easier than Horridon, I wonder?  Perhaps it's because we do have practice on Flex to fall back on, unlike back in 5.1 where you only had LFR to learn from and that didn't really teach you much.

Luxy and Sev both rolled Hellscream's warstaff which was pretty cool!  A warforged Greathelm of the Warchief dropped which Kyjenn didn't want to use except as a transmog item as it now matched his new transmog very nicely. 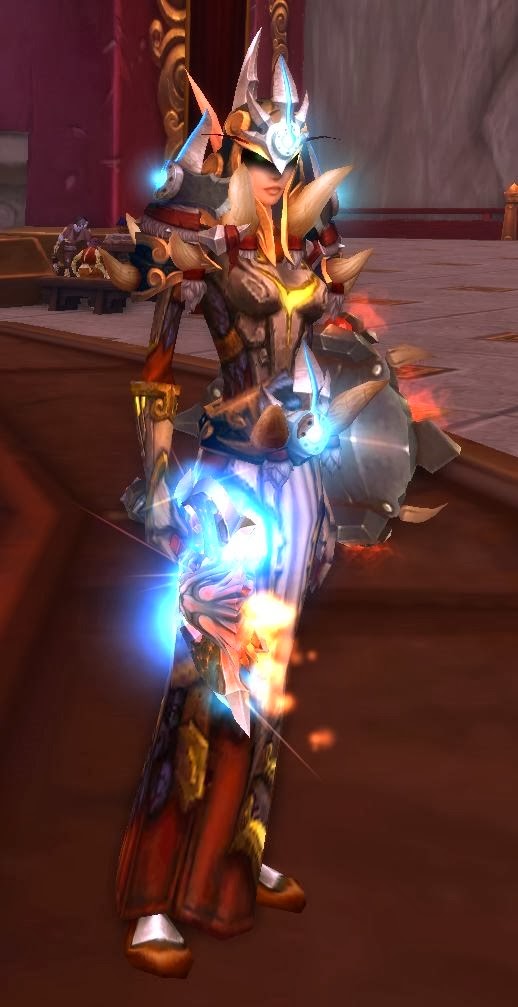 Cranked picked up a Cowl of Smoking dreams and is using that now, so I'm pretty pleased that all dropped loot was taken, even if it was just for vanity's sake.

So yay Frostwolves!  Where do we go from now?  It looks like we'll probably start our first heroic look at a boss - probably Immerseus - and have a long hard think about how much time we are going to spend, because at our current raiding momentum, it still takes us 5 hours to clear (we had one spare hour last night) at full steam ahead.  Kyxyn suggested that we extend raids by half an hour for 2 of our raid days to see if we can get some extra time in.  That would be nice except I can't get the kids in bed by then (unless I get hubby to put them to bed, which I probably could do on Thursday).  Either that, or change our raid days... which isn't a great idea as Sabre can't raid Sundays and Aza likes to go out on Sundays.  Anyway, that's something for the raid group to brainstorm on.