Navispam: Anyone want a Sodah?

A few weeks ago, I mentioned that Shab made me watch some druid PvP videos, and I found them really useful.  They were made by a druid, Sodah, and specifically spoke about Arenas and resto druid tactics to survive.  After that, I watched all his videos, and  he streams as well on Sodez (his priest) which is not as exciting for me to watch as his druid.

Anyway, so I thought he were pretty cool.  I noticed that Sodah was on a PvP server in our battlegroup, and one day I remember being in a random BG with my friends and we noticed someone from Sodah's guild.    I pointed it out to Shab and

Coincidences however, seem to run in threes, and when I was reading Cannot be Tamed, Jasyla was on Team Wafflecast Podcast resto druid round table #3 - with Sodah!  A sign?  A hint?  Well, who knows!  When I dropped by to say hello to Apotheosis, I asked Jas if Sodah was nice.  She said he was.  So I decided Sodah would be my next Navispam victim as he was pretty easy to find, and he is online a lot - always a formula for success.

Now what, would an ace PvP resto druid think of some random nobody who asks for his picture?  Sodah doesn't know who I am, and most of what I talk about is of no interest to someone of that calibre, so it's a little embarrassing, to say the least.  But, you only live once!  And how else do I express my admiration, right?  This is borderline creepy but, it's what I do.

So off I go to the server.  And, I have toons on other PvP servers, but none of those servers were like Tichondrius.

Firstly, it's PACKED.  Server is locked at peak times, and their peak times are US, so when I try to get in at those times, there is a queue of 300....

Secondly, once I got to the major cities, I realised that trade chat was VERY different to my server trade chat.  Trade was FULL of RBG requests, arena requests... all high rated and scary looking! 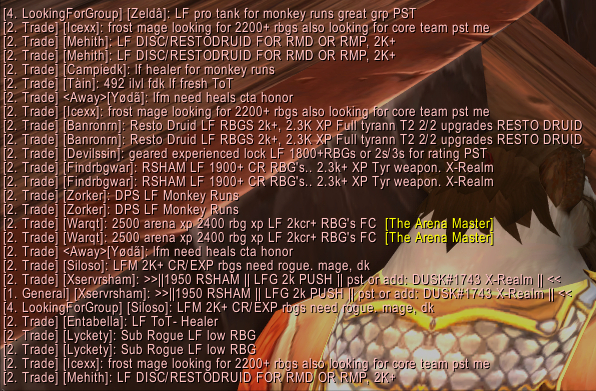 I whispered one of the officers, a rogue and he was pleasant and answered my question.  He even said that Sodah was a nice, cool guy.  The next time I logged on, I saw Sodah on Sodez but he had a DND on and was not replying, so I decided to send an ingame mail instead.

I wasn't really expecting a reply, but I was hopeful.  I tried to word it so that I would inject the right amount of flattery with enough girlish embarrassment to sound cute, and be not too creepy that he would think I was a stalker.

Anyhow, I got a reply a couple of days later!  Though I had to laugh because he wrote:


"Haha!  No problem, I'll be at Blizzcon, if you can find me then it shall be done you weirdo you."

OMG he thought I wanted a REAL pic?  Now that's super stalky!  Though, Cynwise thought exactly the same thing when I sent him a tweet to ask about a Navispam... maybe it's a PvPer thing?  I had to laugh and write back and say I wanted a pic of his TOON.  He replied with a LOL.

So, lucky me logged in again at peak time (Damn those 300+ people in the queue ZOMG) and I saw him in Dalaran.  Blah, how was I going to get there?  I whispered Sodah and asked if it was ok if I took a pic with him and he said only if I could find him.  So I was wracking my brain thinking how to get there, and as I was about to get on the Zeppelin to Borean Tundra and have Luxy fly me across to Dal (hoping it would work CRZ) I noticed Sodah had moved to Org.  I ran around Org on my little legs, /tar Sodah as I ran and eventually found Sodah on top of a building.  Now how the hell was I going to get up there? 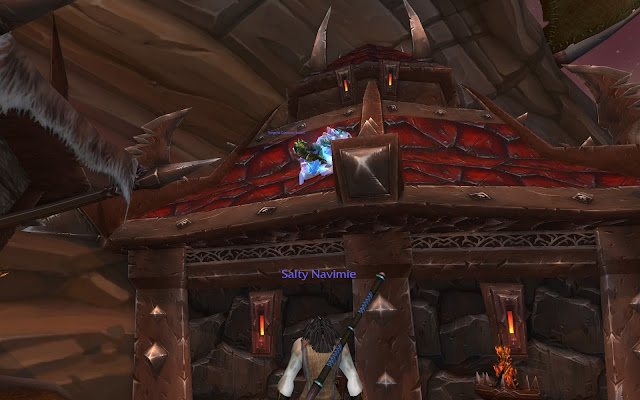 Someone sent me a whisper, asking me to join their guild (I had ticked the block guild invites option in Interface) and I said I would if they could put me on the roof of a building.  They said they would.  So I joined this poor random guild and got one of my new guildies to drop me on top of the building.  The person was very nice, and I feel bad using them that way but what could a level 2 offer them? 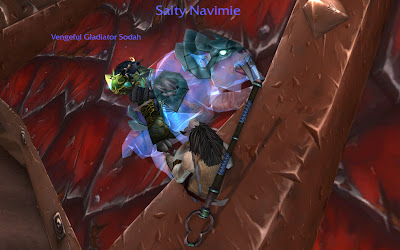 So, I whispered Sodah to say I was taking his picture, thanked him, and then logged off.  I noticed he was changing his look - he was wearing Nightsong Tier now instead of Malorne Tier.  Well, at least his female tauren was dressed nicely!  Sodah was prolly alt tabbed, so I didn't get the chance to ask him any questions, but I am glad he gave me his permission to take his pic LOL - thank you Sodah!  I've put him up with my other resto druid heroes Beru and Jasyla, and the PvP aspect of his healing truly inspires me to be a better all round resto druid player :)