Server pet battling communities tend to be small.  The top pet battlers/levellers and collectors on the realm recognise each other and tend to be friendly - that's how I met Luxy and Kamelle.  A good friend of mine, Cavendar, told me about his friend Yuuna, who is an avid pet battler, and is the #1 on their server (Proudmoore) for pet battle levels.  I am not someone who upgrades EVERY pet to rare and gets it to 25 - I tend to do the ones I like, and I'm just lazy!  Anyway, Yuuna was looking for some flying and beast stones to upgrade the final few pets, so Cavendar introduced us and I brought Luxy to meet him (as she only JUST beats him on pet levels) and we chatted about pets while I upgraded all his pets that I could and we showed off our favourites.

Yuuna was trailing me and Luxy in the carp department (we have one he has none) and I thought of Cymre who has all 4 and all the time she must have spent fishing because I have not had much luck fishing the other ones.  So he and I agreed to nag each other for carp fishing.  Luxy was pleased to meet another pet person who was happy to trade stones!  Yuuna upgraded my undeads for me in return for his flying and beasts.

However, things do not always go smoothly during such transactions.  Luxy was doing someone a favour, and levelling their pets for free, but when she traded their pets back, the person INSISTED that they had given her rares.  Luxy knew perfectly well they had not as she had all rares and there is no way she would have greens in her possession. But the person kicked up such a fuss and was yelling at her that she gave in and gave them her rares!  She was sad by the silly person and I told her she shouldn't have given in because that person is probably talking about how they swindled her :(  Why can't everyone be like Cymre who was very pleased and grateful to have her pets levelled for her?

For the most part, all my interactions have been positive.  Here's to making new friends! And having new pets (thank you my dear pet battle friends!) 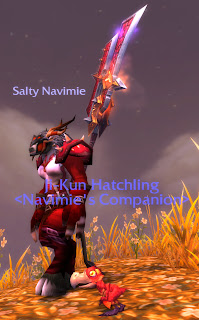 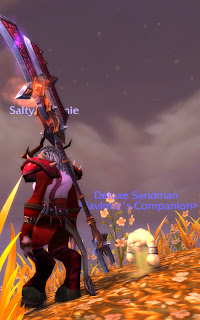 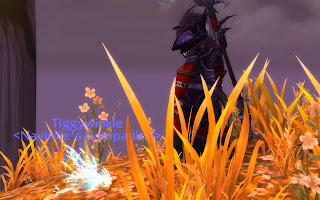