It was server shutdown.  I'd fallen asleep and didn't get to do any dailies or pet battles so I was a bit sad.  Now I had a good 4 hours of sleep under my belt and I was wide awake!  What should I do.... I know, Ill get on EU!

The people I had planned to visit were not there.  Ohhh, Nyxrinne of Touch of Death was sick yesterday - I wonder if she will be at home today?  I sent her a tweet.

It wasn't long before she replied saying she was feeling better, and I asked her to get online so I could chat to her.  I was actually camping her other toon, not her main!  Whoops!

She came to meet me as I wandered over from Tirisfal Glades, and I had Darnell with me.  I think he has a crush on me... he was quite happy to have two ladies to protect, so to speak. 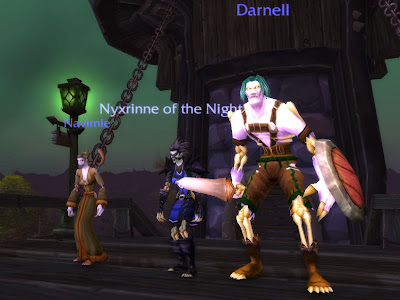 Nyxrinne didn't have a flying mount for two so she had to navigate Orgrimmar on the ground.  Oof, that's almost as hard as Stormwind! 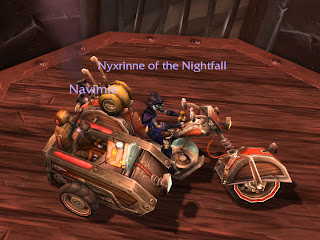 Oh, I know what we can do!  I can cheer her in Brawler's arena and help her get an achievement by throwing rotten stuff at her!  However, little did I know, you can only throw that stuff at 90!  Booooo!  It's quite a levellist place.  I can't eat the food until I'm 90 either.  Nor can I queue as a fighter.  And of course Angry Spectators will one shot me for just standing around minding my own business. 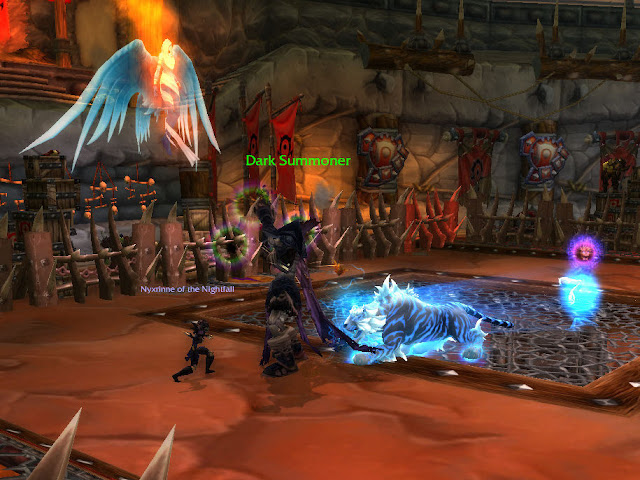 So in went Nyxrinne, and she did well, lasting much longer than her previous record of 2 seconds.  I didn't realise she was rank 7 already, that's awesome!  However, no kill.  Awwwww :( 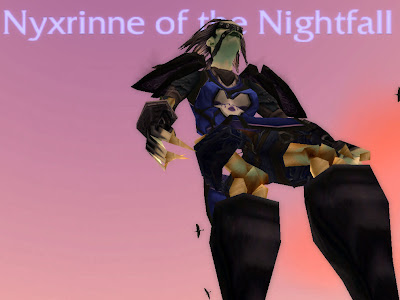 I see what she's talking about now.  I can see sky through her bony leg hole.  Not a good look.  You could say it provides ventilation but undeads don't sweat....

We chatted for ages about pet battles, and in game-goals and about her blog in general too.  Clefthoof Runt is her favourite pet!  So I'm going to name mine after her.  She told me that she would like to raid on Nyxrinne again one day - that was her ultimate goal.  I hope she's successful in finding somewhere she can raid without having to resort to server transfers! 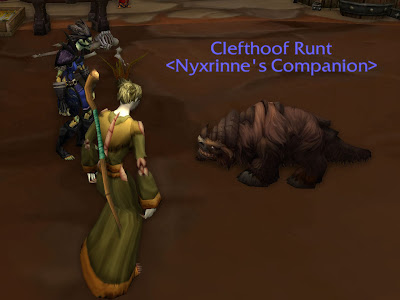 Time flies when you're having fun.  I had to go to bed (it was getting close to 3am) but I had such a great time in the Brawler's with Nyx.  We watched others battling, and it was a nice place to hang out.  Thanks Nyx for letting me visit!  She even mentioned my visit on her blog :)  Nyxrinne you have been Navispammed!