The Light of Dawn

On Saturday night I saw Souglyy and Poldra in a heroic ICC run, and I asked her if they were doing heroic Lich King.  She said yes and told me to whisper Ashes, a mage on the server who is always selling stuff, running stuff (in fact he is the one I bought my second Sandstone Drake from - it was so much cheaper than me getting my mats, I couldn't understand how he did that).

I sent a tell and got an invite, and made my way along.  It was a speed run to get to LK, I could see someone was collecting shards.  It seems to be a weekly event - lucky I managed to get it in before Mists hits.

Hilariously, Lich King heroic was one shot, but we wiped on Putricide.  And we nearly wiped on Sindragosa.  Having not done it before, nor progressed much on attempts, I didn't know we all get pulled into Frostmourne and then we run around healing and I have no idea what the DPS were hitting.  Next thing you know we're dead.  I had a nervous moment when people were talking about it as if we'd wiped, when I thought it was the normal bit where he kills us all, but Souglyy reassured me that we had completed it and then the talking started so I did feel better. 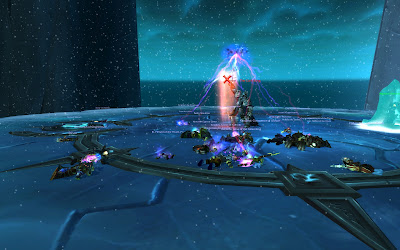 Arvash was on and asked me, wasn't I going to JD's ICC run on Sunday (Saturday night for them).  However, I was going out in the morning to take my kids and my nephew on the train to the city for Family Fun Day (cheap train tickets) and that usually wears the kids out for a good night sleep. 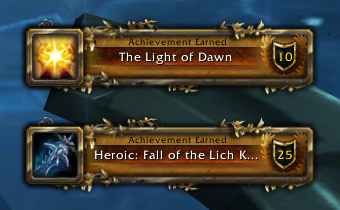