The Fall of Theramore - Horde Side - A Navimie perspective

I feel like I was the last blogger to do the Theramore scenario.  I have had busy days at work and not much time to do anything much except raid and sleep.  So yesterday I snuck in to do it after raid finished, with Lushnek and Shabadu.  Lush had already done it but Shab hadn't so I was glad I wasn't the only scenario noob around.

Of course I only saw the horde side of it.  I can't do it alliance side because I don't have a level 85 toon. 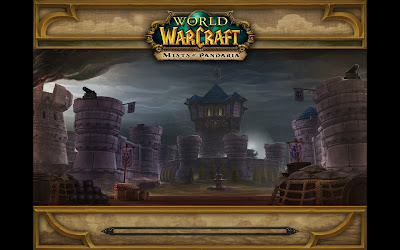 And at the end of it we got a shiny purple and I got a mana bomb in the mail.  Everyone keeps saying how that is in bad taste, and maybe it is.  But I think all of us, even the pacifists like me, are supposed to revel in the anti-alliance sentiment that is Horde. 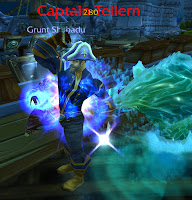 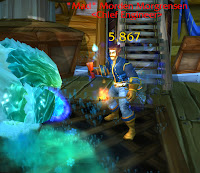 One of the mini bosses was doing a love heart thing.  I didn't get a picture of him.  He was pretty cool.  I thought Catwynn would find all these humans rather sexy, though her perspective of the battle (Alliance side) would be totally different.


I have done the scenario two more times since then.  The last time I did it, we could sneak past most of the mobs so it took no time at all!  Well, that and I was with Roshii and Flike (Souglyy's rogue) so sneaking around was what we did best.  And of course, Roshii's leet DPS.

Because I went in with low expectations, I don't think I was as disappointed as everyone else.  I just thought it was an interesting by-scene.  It doesn't really tell me much about why we are doing it, but at least now after doing it, I know what happened to Theramore - we dropped a bomb on it.  Perhaps I need to go read Tides of War like everyone else to find out more about what happened.
Email Post
Labels: fall of theramore scenarios