Well it's been exciting not only PLAYING the expansion but watching guild activity as we go along.  Aza has been working hard for realm first Warlock - at the moment he's up to 88.  Yay Aza!

Probably one of the most exciting things in guild would have to be our guild leader Fueghan who got not only one, but THREE Realm firsts in professions! 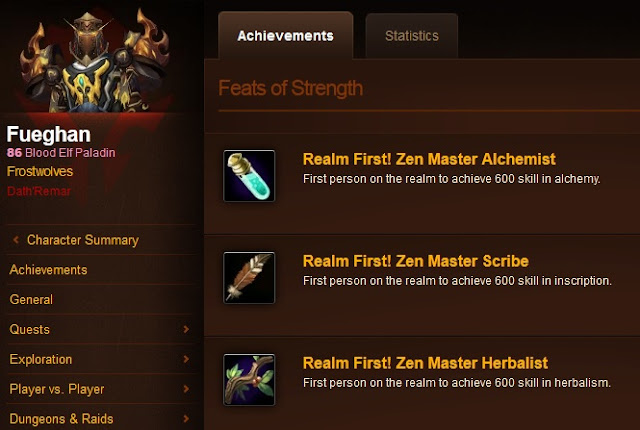 Now that... is hard work.  I had no idea he was going to even do that, though I did know he was stockpiling.

I saw a lot of realm firsts going through - mostly Alliance.  The only horde one I saw was Ashes getting Realm First! Zen Master Enchanter.

I've been levelling with Lushnek, and since we're levelling together it's great to see that Pet Battles is something I can do independently!  That and professions :)  However, I had a buggy achievement yesterday - I didn't get Newbie, but I did get Just a Pup.  But I think it was just buggy yesterday because I do have the achievement according to my Achievement tab this morning. 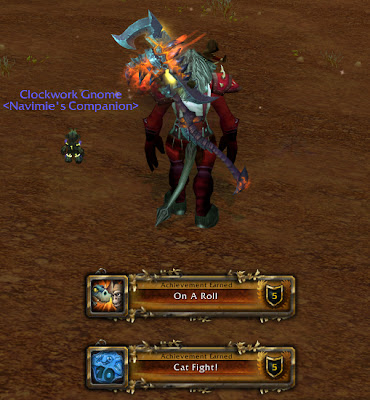 My first pet is my Clockwork Gnome.  Since he is strong against Beasts, I thought I would level him first.  He's been great and he's pretty tough!

I was pretty tired yesterday - levelling just takes it out of me!  So I went to bed at halfway through 85.  Looking forward to more stuff today.  And I hate to admit it but levelling in a new zone is exciting.  I even look forward to questing :) 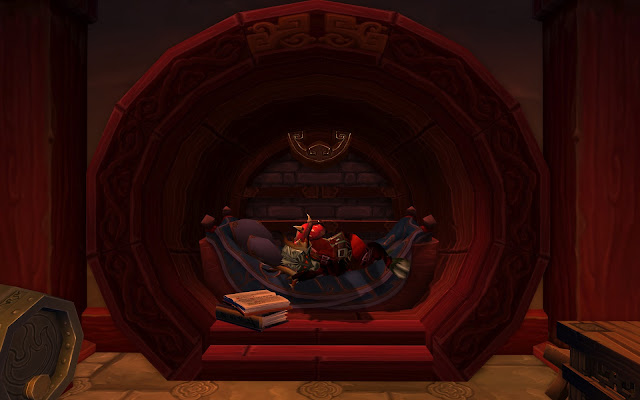