Syrco! Det var hyggelig å treffe deg! (I hope I got that right!)

I first discovered Syrco's blog ages ago when I was looking for things about the Whispering Forest.  Interestingly that was also how I first came across Ironyca's blog too.

I had probably been reading Syrco for a few months and one day she said something that made me realise she was a she!  And here I thought all this time Syrco was a he!

So I went to Syrco's server, but she wasn't on, and I asked one of her guildies who said she wasn't on any alts.  I sent an in game mail to her, and thought I'd come back another time.

Then I got some messages from her on Twitter: 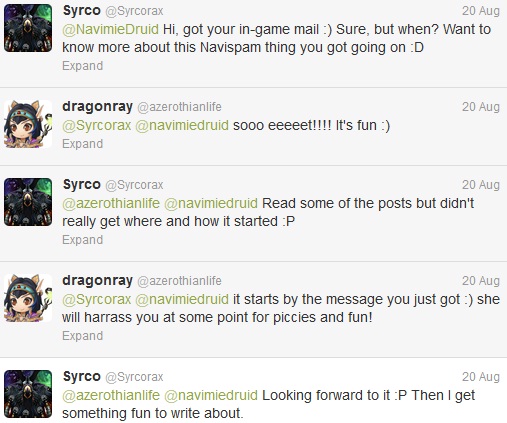 Ok good, she seems keen!  And look at Dragonray as my own personal PR!  I planned to do all my EU Navispams during the next server shutdown.  I headed to her server and did a /who and she was online!  Perfect!  I sent a tell and she came to meet me and I explained to her what it was all about and she said we should go to her special place - Whispering Forest!  So off to the zeppelin we went.  However... one small problem... 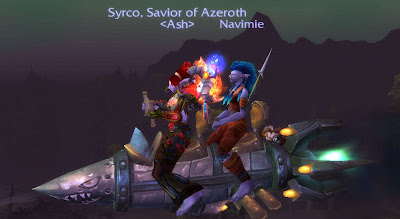 I hadn't been there before on EU so my game was downloading data.  And so I was stuck on the boat going back and forth because it wasn't loading the screens because I was lagging/downloading.  Poor Syrco probably wondered what happened to me! 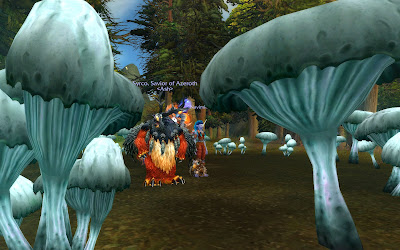 Eventually I emerged and we set off to Whispering Forest.  When we got there, 7 Faerie dragons were up so maybe it was going to happen soon!  Syrco and I sat around talking and we talked about Norway (she's Norwegian) and how pretty it is, and she mentioned in a post about improving her English.  I asked her about that, wondering if she had a copy of her blog in Norwegian and she laughed and said how many readers would she have then... 5?  We both laughed.  I told her about my penfriend from Norway that I had when I was young, and how I used to think that Norway was full of snow and bears and everyone lived in a forest.  She talked about her partner (who plays WoW) and also about her guild which is a Scandinavian guild.  It was at least half an hour before the event started, but time goes fast when you're chatting. 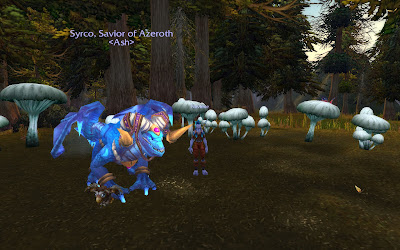 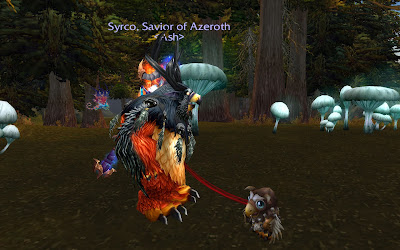 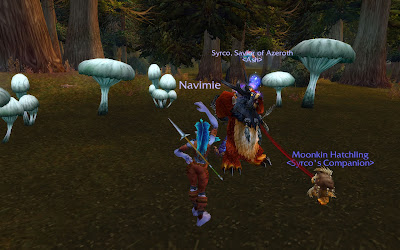 Suddenly, the event started!  We both cheered as we sat down to watch the event and listen to the music and I laughed because after it was done a rat somehow ended up on top of a mushroom!  I've only seen it twice before, and it's still amazing. 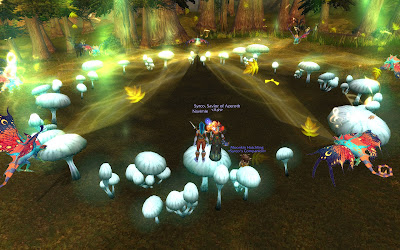 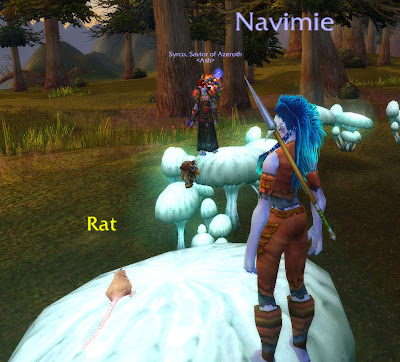 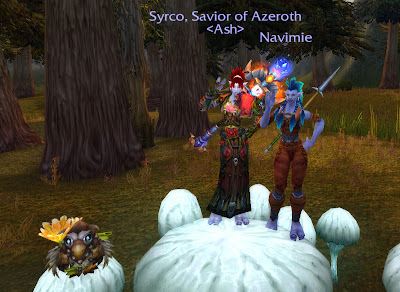 It was a lovely, memorable visit and Syrco is so sweet!  At least now she knows what it's like to be Navispammed :)  I think she liked it (you can read her account here).