Some R&R and a guild invite - a Navispam post

One of the people I have been reading the longest, ever since I started my blog was Angelya of Revive and Rejuvenate.  A fellow Aussie, a resto druid, pretty screenshots... how could I not think she was as awesome as sliced bread?  We both have young ones at home, we both like MCNs - the list of similarities seemed to go on and on.  I even chose my current blogging platform because it is the same one she uses.

She had taken a break from WoW and was now back, and though her blog has been quiet, she is still active on Twitter.  She had mentioned that I could have visited her when I dropped by to see Akabeko on her server, so of COURSE if someone wants me to visit them, especially someone I'm a fan of, then I'm going to go visit them!

So we swapped realID, and a few days later I logged in I saw a name I didn't recognise on my list, but the toon name was recognisable.  So I sent an excited tell and invited myself over for a visit.

I also happened to be in Gate's ratedBG group, but we were waiting for people so I said call me to come back, I'm just doing "something" on another server. 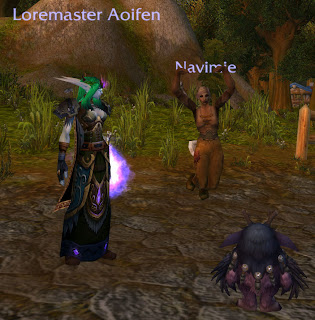 I had toons on that server already as well, but wrong faction /doh.  So I had to make a new toon to see Ang.  And she came all the way to see me and we ran together to Stormwind to take a few pics.  The funny thing was, I was running and I got all these guild invites that you normally get and I just automatically clicked decline.  Then Velidra spoke to me "Accept the guild invite woman!" Whoops!  Hey I didn't know I was getting a guild invite!

I got a lovely warm welcome and people chatted to me and were all really lovely. Addyluv was ... LOUD! 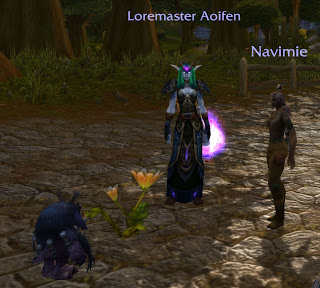 I didn't get much of chance to sit and chill with Ang, as I was a little stressed thinking any moment they're going to drag me back to my rated BG group, and I ran around corners the wrong way and got lost a little in Stormwind trying to get to these cool gardens near the Keep.  So we took a few pics, and I played a little with her moonkin hatchling who was adorable with his dancing (matching her with her dancing). 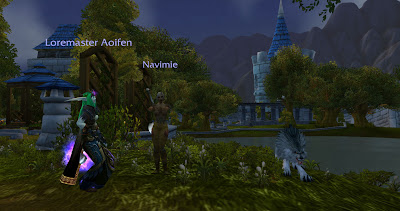 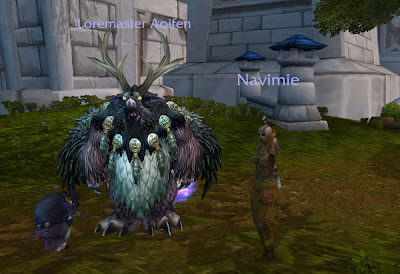 But since we're on realID we can chat anytime.  So it wasn't too bad that the visit was short.  So another tick - Angelya has been Navispammed!